While Mumbai braces for its first cyclone in over a century today, markets trade firm 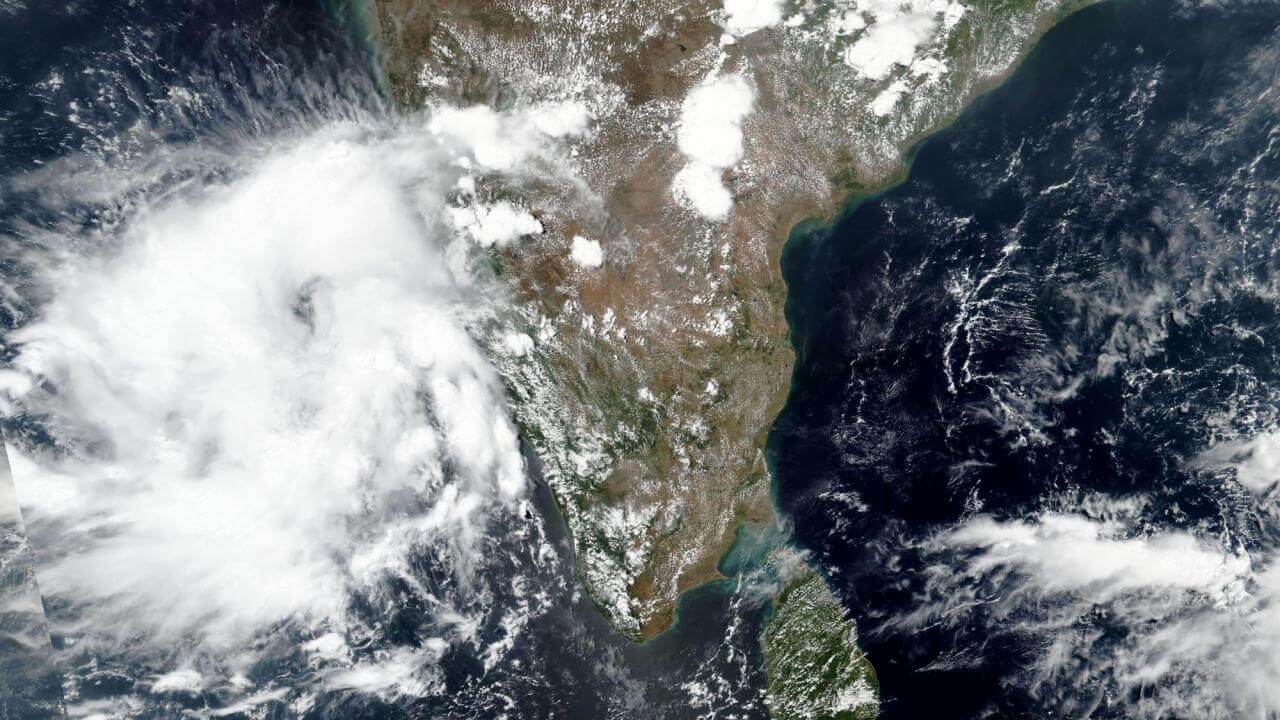 While Mumbai braces for its first cyclone in over a century today, markets trade firm

Even as Mumbai, the financial capital of India, is likely to be hit by a cyclonic storm this afternoon, potentially causing widespread disruption in business and hampering efforts to fight the coronavirus outbreak in a city that’s emerged as the epicentre of infections in the country, Indian benchmarks were trading firm.

Maharashtra and Gujarat are likely to be affected the most.

Cyclone Nisarga will make a landfall as ‘severe cyclonic storm’ close to Alibaug, 94 km south of Mumbai between 1 pm and 4 pm. It is expected to impact the Maximum City, Thane and other coastal districts of Raigad and Palghar in Maharshtra along with districts of Valsad, Navsari, Surat, Bhavnagar and Bharuch districts in Gujarat and Dadra and Nagar Haveli and Daman and Diu.

Mumbai, which is already experiencing heavy rains, strong winds and heavy tides, has been placed on a high alert.

As the city braces for its first cyclone in over 100 years, airlines have cancelled flights to the city scheduled for today and Covid-19 special trains have been rescheduled.

Section 144 (CrPC) has been imposed in Mumbai from the midnight of June 3 to the noon of June 4, and citizens have been asked to refrain from venturing out to coast-beaches, promenade, parks and other similar places along the coastline.

Fishing operations in the area have been suspended and people from low-lying areas have been evacuated.

Prime Minister Narendra Modi spoke to the chief ministers of both states and assured them all possible help from the Centre.

Modi wrote in a Twitter post that he has taken “stock of the situation in the wake of cyclone conditions in parts of India’s western coast.”

The cyclone over the Arabian Sea comes at a time when India is slowly springing back to life after more than two months of complete shutdown as the Government took stringent measures to curb the spread of Covid-19.

However, the Covid-19 outbreak in Mumbai has snowballed, with the city now accounting for 2,456 virus related deaths and more than 50,000 infections.

The city’s healthcare system is already overwhelmed and the onset of rains in coming months is expected to bring about other diseases.

Cyclone Nisarga is adding to the nation’s misery as the pandemic and the subsequent lockdown have resulted in loss of livelihood and pushed millions into poverty because of the strict stay-at-home rules. As a result, the battered economy is heading for its first full-year gross domestic product (GDP) drop in more than four decades.