US oil prices are on track after turning negative 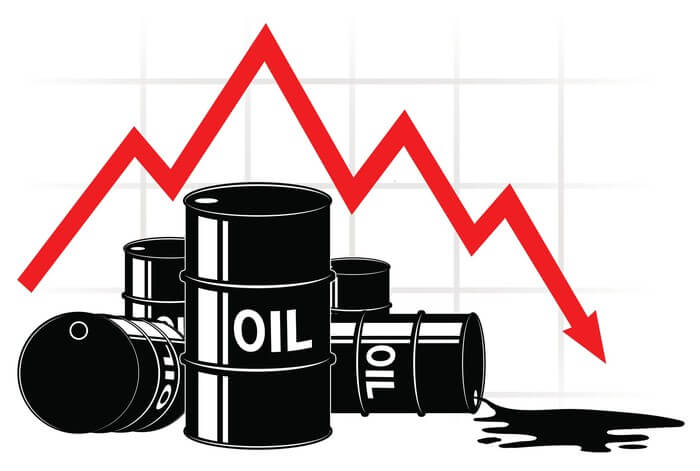 US oil prices are on track after turning negative

US crude oil prices rebounded above zero today, a day after futures ended in negative territory for the first time as production continues relatively unscathed while storage shortage intensifies. Demand for crude has been hit hard since the coronavirus outbreak has frozen activity worldwide.

The benchmark for US crude prices, West Texas Intermediate for May delivery was changing hands at $1.10 a barrel after closing at -$37.63 in New York on Monday.  Going into negative territory means that if you wanted a barrel of oil right now, someone would have to pay you — not the other way around!

Worries around storage come as near-term WTI crude prices trade at large discounts to longer-dated contracts. That is playing out even as concerns rise that a key storage hub in Cushing, Oklahoma, is nearing capacity, according to Bloomberg.

The losses were made worse by the pending expiration of the May futures contract which is expected to happen later today. This means traders who buy and sell the commodity for profit needed to find someone to take physical possession of the oil.

But with the glut in crude oil markets and storage facilities full, buyers have been scarce.

Traders are now more eagerly watching the contract for June delivery, which had trading volumes more than 30 times higher. That also rebounded today, rising to above $21 a barrel following a close of $20.43 a barrel in New York.

Brent crude, the international benchmark, was trading at $25.61 a barrel for June delivery, up 0.15 percent.

When European markets opened on Monday, the price of US crude was down almost 18 per cent at just under $14.99 per barrel. During Asian trading, the price was even lower at just $14.49 per barrel.

Brent crude losses were muted by comparison, with the commodity sliding 6  per cent on the day to $26.36.

Oil markets have fallen in recent weeks as shutdowns and travel restrictions around the globe batter demand for the commodity. The crisis was exacerbated after Saudi Arabia, kingpin of exporting group OPEC, launched a price war with non-OPEC member Russia.

Faced with a glut of oil that’s clogging up storage facilities, OPEC+ alliance, including Russia and Saudi Arabia, recently agreed to cut their oil production by 10 million barrels per day for May and June.

The US, Brazil and Canada, which are not part of the group, will reduce an additional 3.7 million barrels.

Experts predict that until even more commitments to output cuts from oil producing nations arrive, prices still had further down to go.

They believe that WTI could crash even further to $10 a barrel with US rig counts — the number of active oil-producing facilities — falling to their lowest levels since 2016.

Energy services firm Baker Hughes said in its closely followed oil-rig report  that as of Friday oil-rig counts in the US were 438, the lowest since October 2016, and 47 per cent down from the same week a year ago when 825 oil rigs were active.

More than half of the total US oil rigs are in the Permian basin in West Texas and eastern New Mexico, where active units dropped by 33 last week to 283, the lowest since January 2017.

According to US-based financial services firm Cowen & Co, 32 independent exploration and production (E&P) companies it follows have slashed their expenditure plans since the failed OPEC+ oil output cut agreement between Russia and Saudi Arabia on March 6, indicating a 41 per cent YoY decline in 2020 capex.