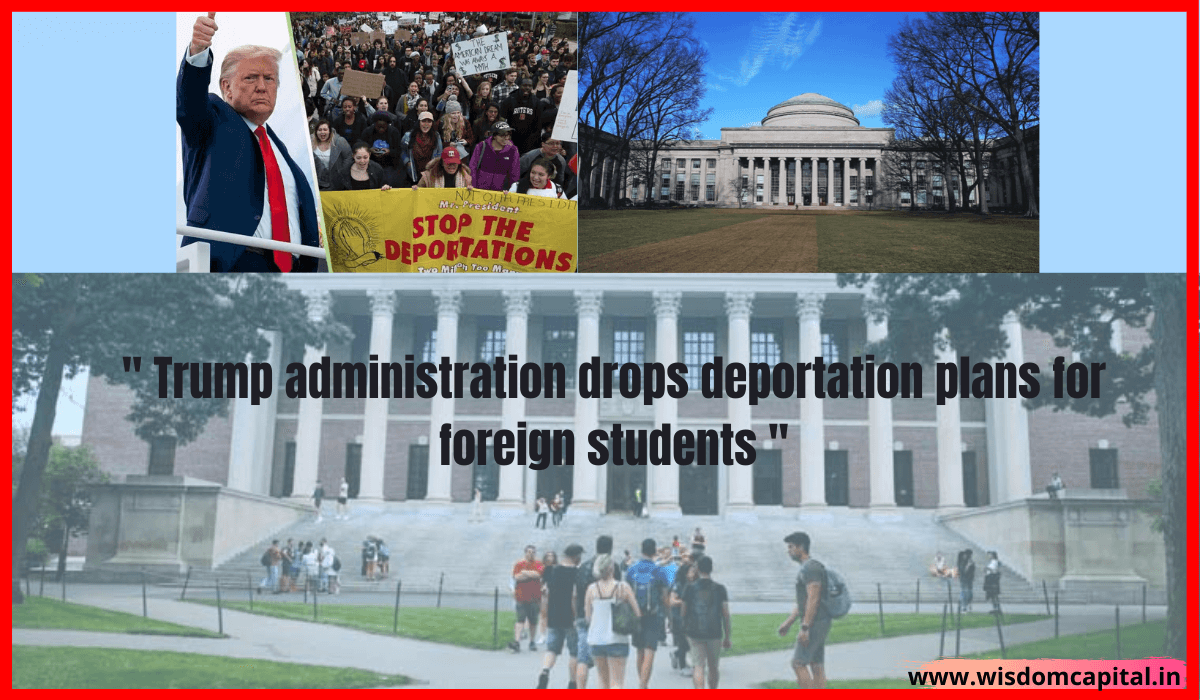 The U-turn comes following a nationwide outrage against the Trump administration’s July 6 policy announcement and a series of lawsuits filed by a large number of educational institutions.

The Massachusetts Institute of Technology (MIT) and Harvard University filed a lawsuit against the government over the plan.

District Judge Allison Burroughs in Massachusetts said the parties have come to a settlement, at the top of the hearing on the lawsuit.

The agreement reinstates a policy effective from March this year, amid the Covid-19 outbreak that allows international students to attend their classes online if necessary and remain legally in the country on student visas.

Judge Burroughs’ announcement comes as a big relief to foreign students, including those from India. In the 2018-2019 academic year, there were over 10 lakh foreign students in the US. Recent data of the Student and Exchange Visitor Program (SEVP) reveals that 1,94,556 Indian students were enrolled in various varsities in the US in January this year.

A large number of foreign students travel to the US every year and are a major source of revenue for universities.

Harvard announced recently that, because of concerns over the pandemic, course instruction would be delivered online when students return for the new academic year. MIT, like a number of other educational institutions, said it would also continue to use virtual classes.

Foreign students were told last week that they would not be permitted to stay in the country this fall unless they switched to a course with in-person tuition.

Students who had returned to their home countries when term ended in March – as the health crisis grew – were told they would not be allowed to return if their classes had since moved online.

The US Immigration and Customs Enforcement (ICE) agency even said that students could face deportation if they did not comply with the rules.

Seventeen US states and the District of Columbia, with top American tech giants such as Google, Facebook and Microsoft, joined MIT and Harvard in the US District Court in Massachusetts against the  Department of Homeland Security (DHS) and the ICE in seeking an injunction to stop the entire rule from going into effect.

In a separate filing, the tech firms along with the US Chamber of Commerce, had asserted that the July 6 directive will disrupt their recruiting plans.

The Trump administration has been pushing for university and school students to return to classrooms in the new term. President Trump sees reopening as an indicator of recovery after months of upheaval, which could be beneficial in his bid for re-election this November.