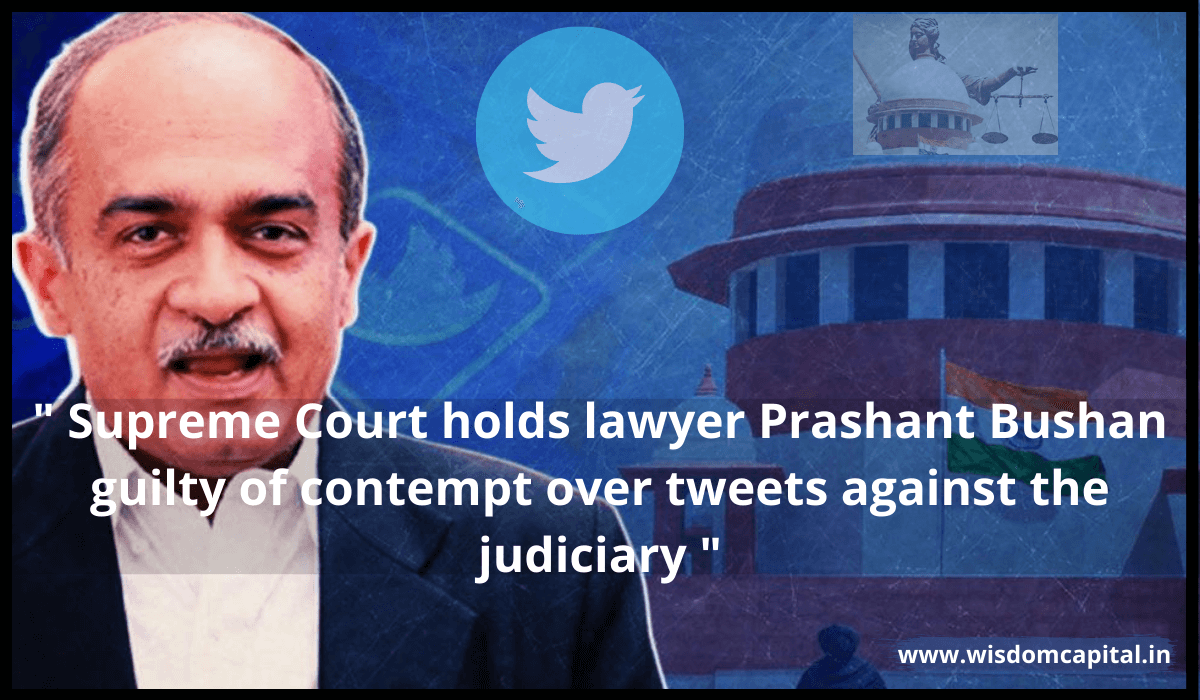 The Supreme Court held lawyer Prashant Bushan guilty of contempt in a case registered against him over two of his tweets written on Chief Justice S.A. Bobde and his four predecessors.

Justice BR Gavai observed that Bushan had committed “serious contempt of the Court”. On  August 20, the bench headed by Justice Arun Mishra will hear arguments on the quantum of sentence to be awarded to Bushan in the matter.

The top court issued notice to Bushan on July 22 on the alleged contemptuous remarks on Twitter. “We are, prima facie, of the view that the aforesaid statements on Twitter have brought the administration of justice in disrepute and are capable of undermining the dignity and authority of the institution of Supreme Court in general and the office of the Chief Justice of India in particular, in the eyes of the public at large,” said the court in its order.

Lawyer Dushant Dave who represented Bhushan’s case in the court said, “The two tweets were not against the institution. They are against the judges in their personal capacity regarding their conduct. They are not malicious and do not obstruct the administration of justice.”

In response to the accusations, Prashant Bushan said, “However outspoken, disagreeable or unpalatable to some”, cannot constitute contempt of court. The advocate also referred to the freedom of speech and expression under Article 19 (1) (a) of the Constitution and was the ultimate guardian of all the values that the Constitution held sacred.

What is Contempt of Court?

(ii) prejudices, or interferes or tends to interfere with, the due course of any judicial proceeding; or

(iii) interferes or tends to interfere with, or obstructs or tends to obstruct, the administration of justice in any other manner.