Stranded migrants should not be asked to pay travel fares: SC 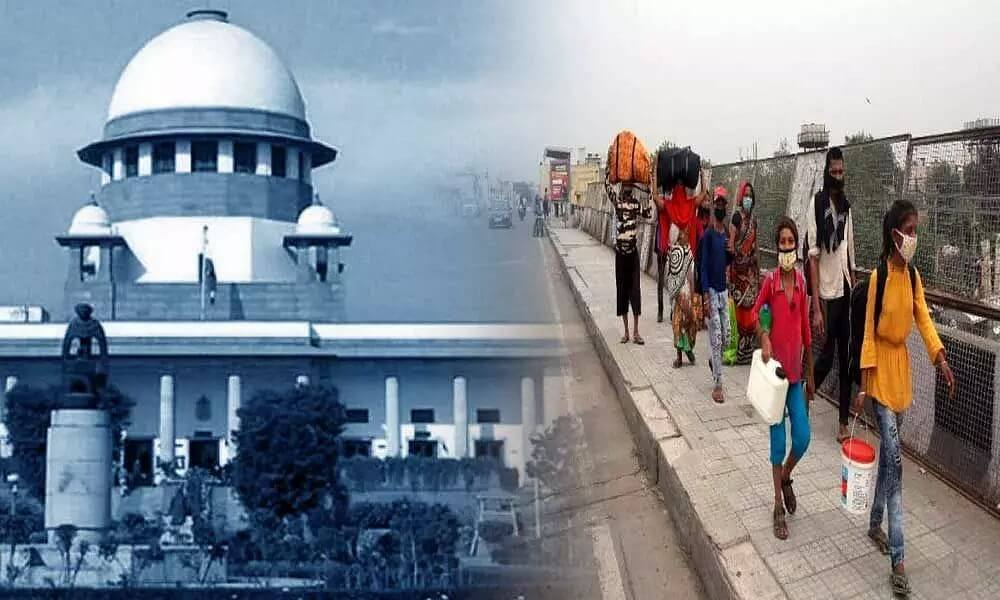 Stranded migrants should not be asked to pay travel fares: SC

While hearing the matters related to migrants’ crisis, the Supreme Court today ordered the central government to ensure free travel to stranded migrants to their home states by trains and buses. The Indian Railways will have to organise food and water for the migrants during the journey, the court added.

A three-judge bench said that the states will be in charge of overseeing the registration of migrant workers and ensure that they board a train or bus. State Governments should also provide food and water to stranded migrant workers.

The bench added that migrant workers travelling on foot should immediately be taken to shelters and provided food and basic facilities.

The apex court bench said that it had noticed several lapses in the process of registration, transportation and provision of food and water to migrants, and it is concerned about the migrants who are facing difficulties trying to get to their native place.

The Centre has repeatedly said that the fare is not being charged from the migrants, explaining that the Railway Ministry is bearing 85 per cent of the ticket fare while the state government is bearing the remaining 15 per cent.

Meanwhile, the National Human Rights Commission (NHRC) said today that it has sent notices to the Union Home Secretary, the Indian Railways and the Gujarat and Bihar governments over hardships faced by migrants onboard Shramik trains due to delay in services and lack of food and water which led to many falling sick and some even dying due to exhaustion, hunger and dehydration.

In a statement, the NHRC observed that the “state has failed to protect the lives of the poor labourers onboard the trains”.

It said it has taken suo motu cognizance of media reports that the trains which are ferrying migrant workers are not only starting late but are taking many additional days to reach their destinations.

The NHRC pointed out that, according to a media report, many migrant labourers lost their lives during the train journey due to delays and no drinking water and food arrangements onboard.

The chief secretaries of Gujarat and Bihar are expected to specifically inform as to what steps were taken to ensure basic facilities, including medical help for the migrant workers who boarded the trains, the NHRC said.

The response from all the authorities is expected within four weeks, the statement added.

At a time when desperate migrant workers struggle to return to their homes, a Bhopal-based businessman hired a 180-seater A320 plane of a private carrier to fly just four people.

As thousands of migrants either walk or cycle long distances in this harsh summer heat, and dozens continue to die from exhaustion or accidents, the liquor baron is said to have booked the entire flight to ferry his daughter, her two children and their house help to Delhi.

He chartered the flight for his family members, who were stuck in Bhopal since the last two months due to the nationwide lockdown, in an attempt to avoid crowd at the airport and in flight amid the coronavirus outbreak.