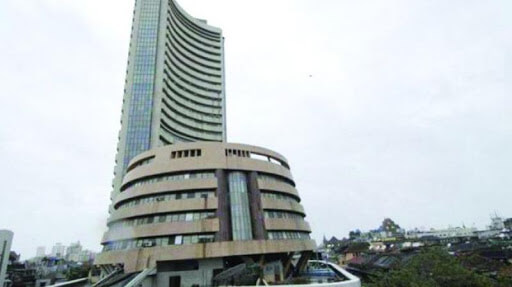 After opening on a positive note, slightly higher than yesterday’s closing levels, S&P BSE Sensex swung into the red, down 270 points only to recover later.

Markets witnessed heavy buying in stocks of Reliance Industries after news reports that Facebook will invest Rs 43,574 crore in its telecom arm.

RIL was the top performer on both benchmark indices. Stocks of RIL jumped 7.33 per cent to Rs 1,326, providing maximum to the Sensex, while Maruti Suzuki, Sun Pharma, UltraTech Cements, Asian Paints and Larsen &Toubro added more than a per cent each.

Oil exploration company ONGC was the biggest loser amid supply glut in crude markets, down 6.21 percent at Rs 64.95 while Bajaj Finance dropped 2.77 per cent to Rs 2,040. PowerGrid Tata Steel, NTPC and IndusInd Bank were other top laggards.

Meanwhile, the oil panic is spilling over into stock markets in Asia as the collapse of oil prices continues to prompt investors to digest that demand worries could last for several months.

Yesterday, the Dow Jones Industrial Average lost about 630 points, bringing its weekly fall to more than 1,000 points, while the S&P 500 fell more than 3 per cent.

US oil futures dived as much as 11 per cent to $10.26 a barrel, reversing a rise during early Asian trading hours. They were last down 3.3 per cent to $11.16. The price of a barrel of West Texas Intermediate crude to be delivered in June settled yesterday at $11.57, though down as low as $6.50.

The Covid-19 pandemic has caused oil demand to slump so rapidly that the world is running out of storage spaces for barrels that nobody wants. A new deal last week by Saudi Arabia and Russia — with other major oil producers — to reduce supply by a record amount has failed to convince traders that the negative effects of the supply glut will ease any time soon.