Sensex, Nifty close in the green as banking stocks rally 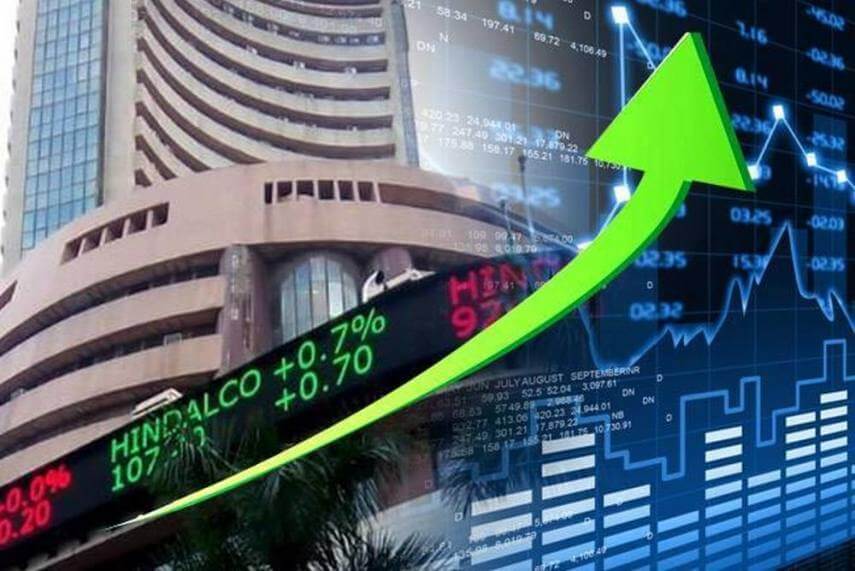 Sensex, Nifty close in the green as banking stocks rally

In a volatile session today, Indian benchmarks reversed early losses and closed in the positive territory, following the bullish trend from overseas as investors turned optimistic over prospects of eased lockdowns in some countries.

The BSE Bankex index settled over 2 per cent, with RBL Bank surging 8.4 per cent as top gainer, followed by HDFC Bank and ICICI Bank.

Mahindra & Mahindra (M&M), Bajaj Finance and HDFC Bank were the top performers on the Sensex, while ITC, Tata Consultancy Services (TCS) and Hindustan Unilever (HUL) were the top laggards.

Bargain hunting emerged after the benchmark Nifty fell 6.64 per cent in the past two straight sessions.

As many as nine of 11 sector gauges compiled by the National Stock Exchange finished higher led by the Nifty Private Bank index’s nearly 3 per cent gain.

Nifty financial services, bank and auto indexes were also up in the range of 2-2.85 per cent each.

In the broader market today, both the indices trailed the Sensex and witnessed buying interest, with the S&P BSE Mid-Cap index adding 0.88 per cent while the S&P BSE Small-Cap index rose 0.79 per cent.

The overall market breadth was almost even. On the BSE, 874 stocks rose and 872 shares declines. A total of 103 stocks were unchanged. In Nifty 50 index, 40 stocks gained while 10 stocks fell.

According to provisional data, in the Indian equity market on Tuesday, foreign portfolio investors or FPIs sold stocks worth Rs 1,059.39 crore, while domestic institutional investors or DIIs were also net sellers to the tune of Rs 995.30 crore.

The domestic currency depreciated 9 paise to close at Rs 75.72 against the US dollar today, following a strong US dollar overseas and worries over a renewed trade war between the US and China.

Stocks of public sector oil marketing firms fell after the Centre on Tuesday hiked the excise duty on petrol and diesel by Rs 10 and Rs 13, respectively. Stocks of Hindustan Petroleum fell 6.27 per cent, Indian Oil Corporation was down 3.62 per cent and Bharat Petroleum Corporation declined the most at 3.03 per cent.