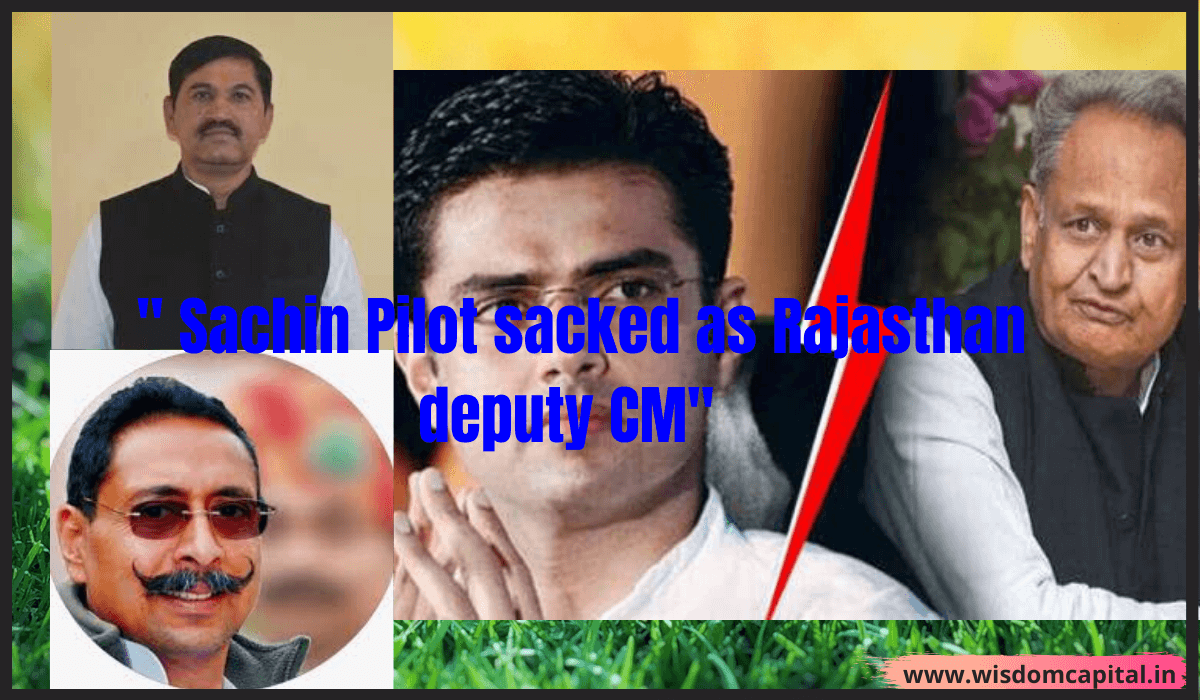 Rajasthan Deputy Chief Minister Sachin Pilot, and two ministers in his camp have been dropped from the Ashok Gehlot cabinet, the Congress announced this afternoon after the rebel leader credited with leading the party’s successful campaign in the last elections refused to stand down. Pilot has also been removed as PCC chief and has been replaced by Govind Singh Dotasara, the minister of education and tourism, in Gehlot’s cabinet.

The 42-year-old had stayed away from the Congress legislature party meeting today in Jaipur that recommended action against him and other lawmakers of his camp. They had argued that if the party didn’t act against the rebel leaders, it would send a wrong message.

Chief Minister Ashok Gehlot drove down to Raj Bhavan to make a formal request to Governor Kalraj Mishra to drop Pilot and the two ministers, Vishvendra Singh and Ramesh Meena, from his cabinet as soon as the meeting of lawmakers was over. The Governor accepted Gehlot’s recommendation.

Before announcing Pilot’s sacking, Congress leader Randeep Singh Surjewala said that the Congress party regrets that Pilot and some of his supporting MLAs fell into the opposition BJP’s trap to destabilise the Gehlot government.

The Congress now has 100 MLAs, the half-way mark in the 200-member assembly, after three MLAs left Chief Minister Ashok Gehlot’s camp this morning.

The BJP, which had kept a close watch on the Congress turmoil so far, made the first big move today with the party stating that Gehlot must face a floor test and despatched a leader, Om Mathur, to the state capital. The party, which has 73 MLAs, needs the support of another 35 to take power in Rajasthan.

Earlier on Monday, the Congress, including Sonia Gandhi and other senior leaders, made several attempts to reach out to Pilot. On Monday night, the party said it hoped “both the Chief Minister and Deputy Chief Minister” would attend the second meeting. Surjewala, who was sent to Jaipur on deputation from Delhi to manage the political turmoil, had said that doors are open for Sachin Pilot and other MLAs. “They will be heard and solutions found. This is the discipline of the party,” he said.

The feud between the Gehlot and Pilot peaked when the latter was asked to answer questions in an investigation into an alleged attempt to destabilise the state government ahead of last month’s Rajya Sabha elections. Chief Minister Gehlot said he too had received the notice, but Pilot’s aides pointed out that as state home minister in charge of the Special Operations Group, Gehlot had practically given himself the summons.

Sachin Pilot, whose demands reportedly included the Chief Minister’s post, is the next high-profile exit from the Congress after Jyotiraditya Scindia, following an almost identical script.

Meanwhile, police personnel across the state have been alerted to maintain peace in their jurisdiction amid the political crisis, an official said. ADG (Law and Order) Saurabh Srivastava said that the police force has been asked to keep vigil so that common people do not have to suffer.