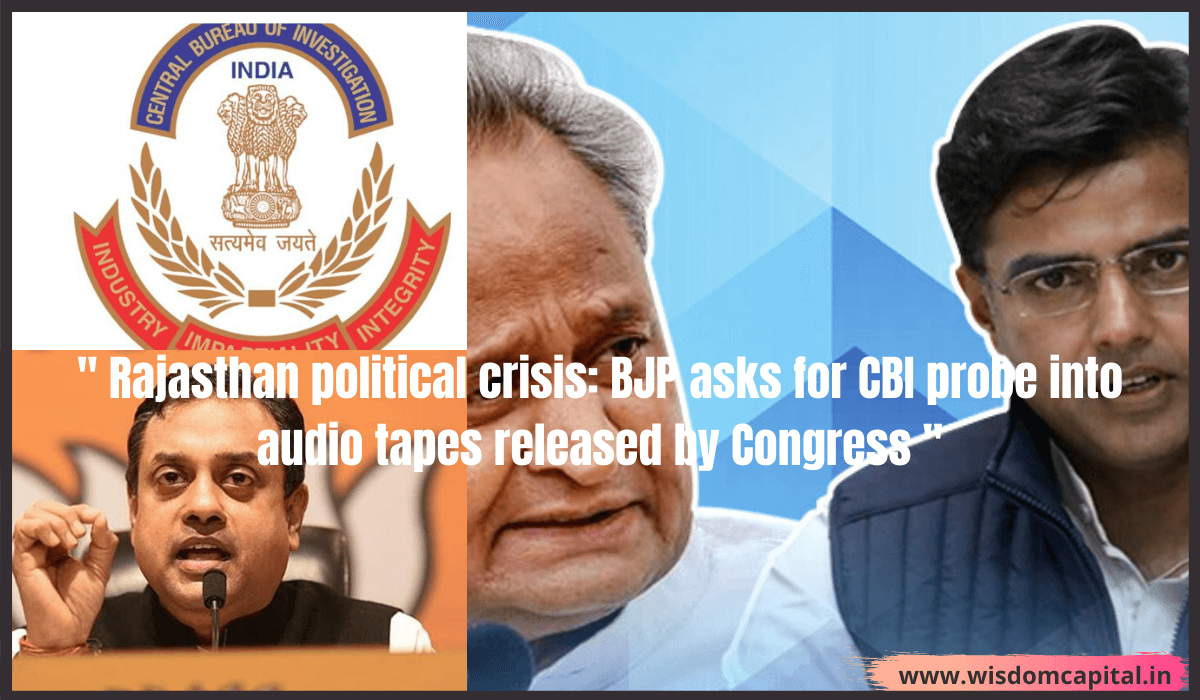 Lashing out at the Congress on Saturday, the Bharatiya Janata Party (BJP) demanded to know if the phones of state leaders in Rajasthan are being tapped amid an alleged conspiracy to topple the Ashok Gehlot government.

The BJP also demanded an inquiry by the Central Bureau of Investigation (CBI) into the allegations made by the Congress in Rajasthan it has audio tapes as evidence that prove the BJP was in collusion with rebel Congress leaders to bring down the Gehlot government.

In a press briefing on Friday, Congress spokesperson Randeep Singh Surjewala had told reporters about the existence of tapes where BJP leaders including Union Minister Gajendra Singh Shekhawat can be heard conspiring with rebel MLAs from the Sachin Pilot camp to topple the state government.

Surjewala’s allegations were countered by the BJP as well as Shekhawat, who asserted that the voice on the purported tapes was not his.

Patra said that there is a conspiracy within the Congress party and the blame is being put on the BJP.

The party also suspended Sharma and former tourism minister Vishvendra Singh from the Congress and sought an explanation about the tapes.

The FIR and the charges come amid a raging political battle in the state between chief minister Ashok Gehlot and his former deputy Sachin Pilot.

According to sources close to party leader Priyanka Gandhi Vadra Pilot repeatedly asked to be made Chief Minister of Rajasthan within one year and refused to meet with Congress leaders Sonia Gandhi and Rahul Gandhi unless they were ready to accept his demand.

Reports suggest that Pilot was unceremoniously sacked as Deputy Chief Minister three hours after a phone conversation on Tuesday with Vadra who has been trying to convince the 42-year-old rebel leader to walk back his mutiny.

Pilot wanted a public announcement that he would be made Rajasthan Chief Minister and said there was no point in meeting with the Gandhis if that could not be promised.

It was only after this  demand was conveyed to the Congress leadership that the party decided to sack Pilot as Rajasthan Deputy Chief Minister and chief of its state unit, the sources said.

Members of Pilot’s circle earlier in the day told media persons that he was “aggrieved” at being sacked soon after the phone call with Vadra – among the many reach-outs by the Gandhis following his revolt on Sunday against Gehlot while a section of the Congress believes Pilot went “too far” by taking the party to court on Thursday along with 18 rebel MLAs.

Pilot camp has challenged disqualification notices which ask them to explain why they defied party orders to attend CLP meetings.