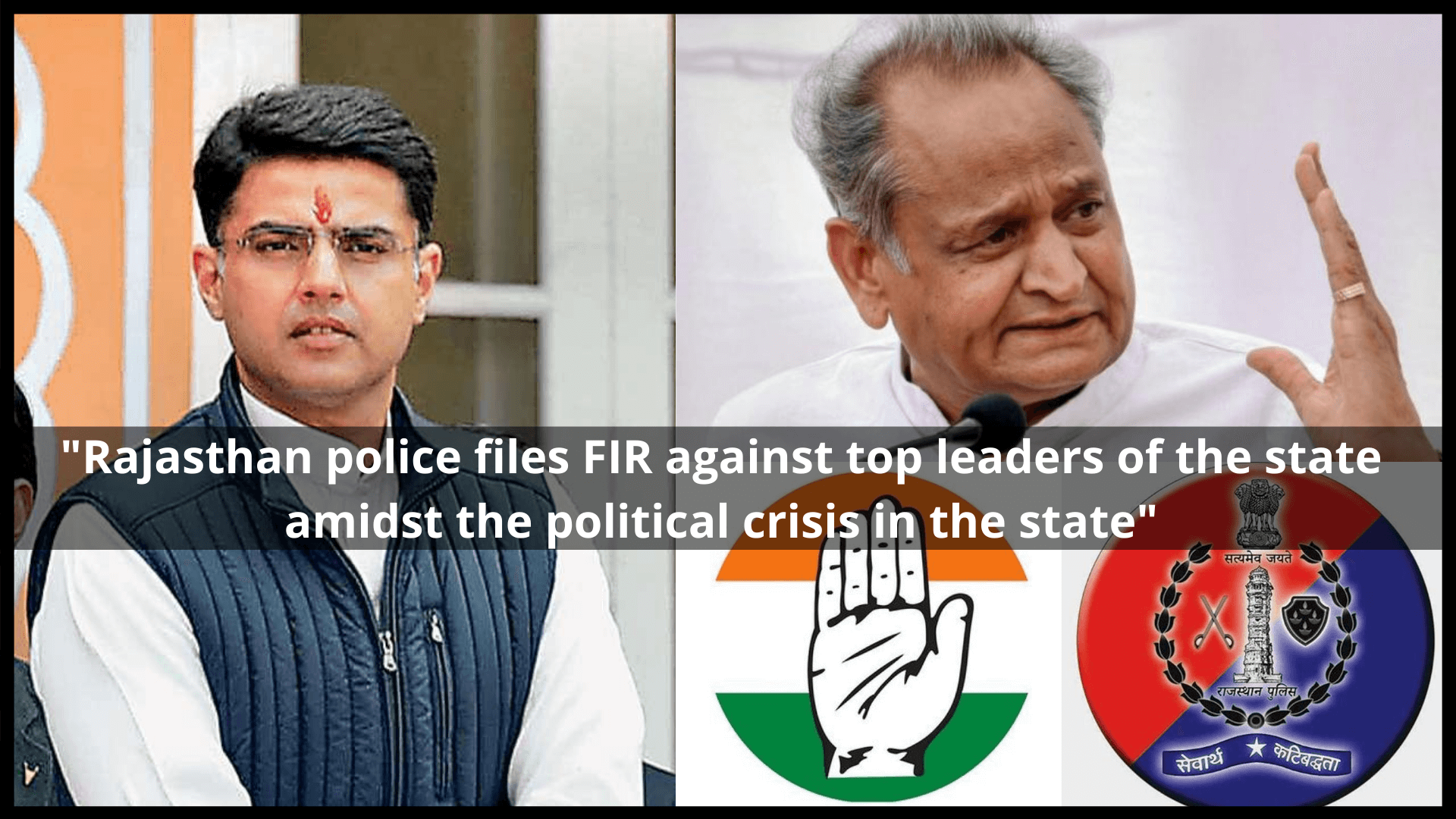 As the state police ordered a probe into ‘poaching’ of MLAs and a notice was also sent to Sachin Pilot, which did not go down well with him. According to the sources, the police of Rajasthan also issued notices to Ashok Gehlot and his deputy minister to record their statement in connection with the alleged attempts to topple their Congress government. Rajasthan police’s Special Operations Group charged two persons with sedition and criminal conspiracy for trying to topple the state government by involving in horse-trading of MLAs. A notice to chief whip Mahesh Joshi was also sent to record his statement.

The Special Operations Group also claimed that it decoded the phone conversation of the two men charged with sedition and found that the BJP is trying to topple the Congress government in Rajasthan. The chief minister of Rajasthan accused BJP of trying to topple his government by providing his legislators with large sums of money and also went on to say that his administration is stable and the government will complete its five-year tenure.

In response to Gehlot’s statement, BJP asked him to prove his accusations of horse-trading put against the party or quit politics. BJP has also claimed that Gehlot was just trying to target the opposition as he was not able to check the infighting in the Rajasthan Congress.

The Rajasthan government crisis has put a question mark on the role of governor. Kalraj Mishra, the Rajasthan Governor has returned the fresh proposal by the state cabinet – seeking to convene a session of the assembly on 31st July. Thus, raising legal questions on the role of the governor. The powers of a governor in the constitution so far have been vague and need immediate clarity on the same.  This has happened twice that the Governor has put off the request which would enable the chief minister of Rajasthan to prove his strength on the floor of the House.

The Supreme Court in another case in the year 2016 handled the issues of the Governor to dissolve or summon the House. However, in the present scenario, the 19 rebel MLAs have not defected from the Congress Party and have continuously stated before the High Court of Rajasthan that they are just showing their dissent towards the party and have not moved to the opposition party.