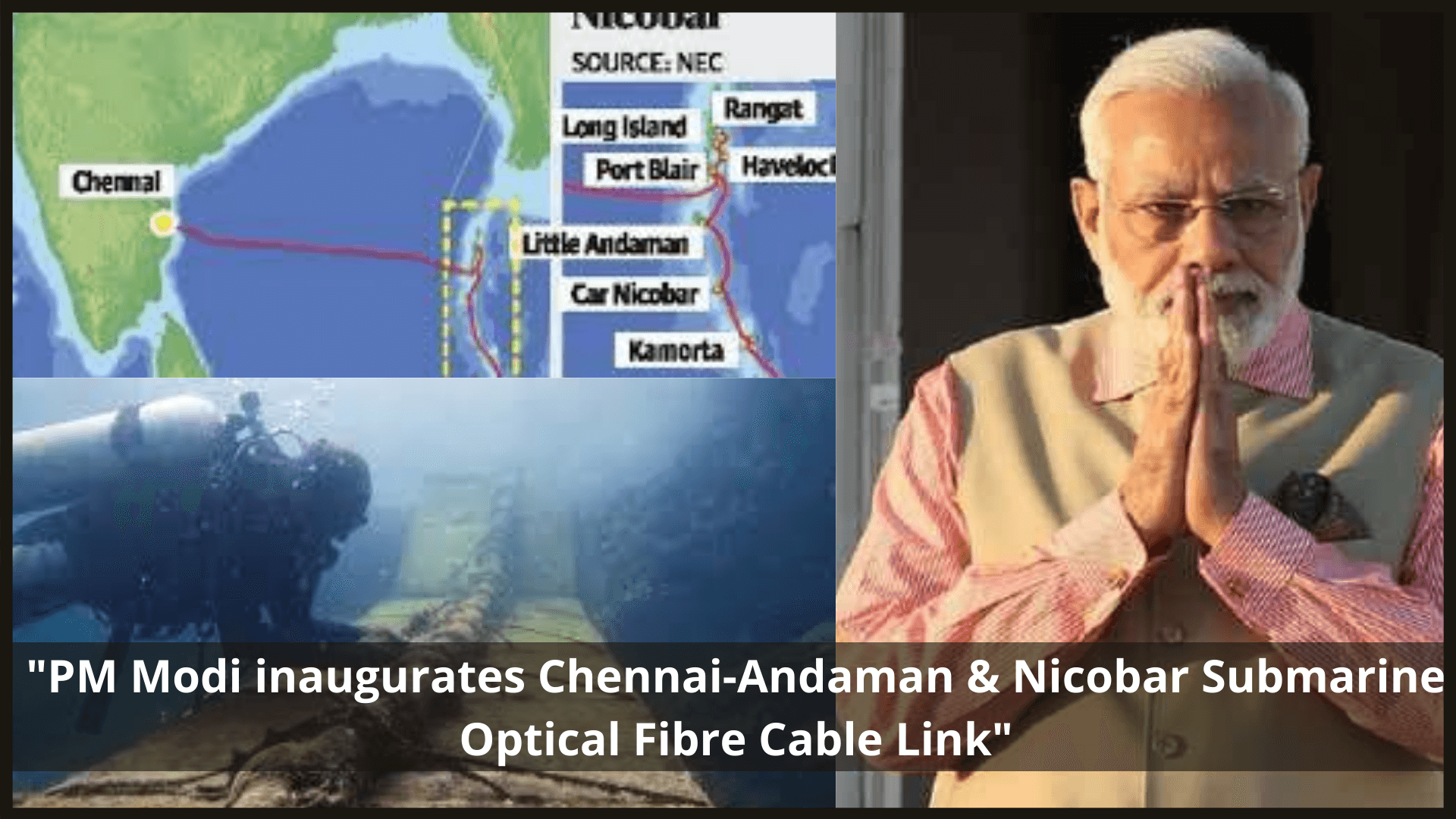 On Monday, Prime Minister Shri Narendra Modi Ji inaugurated the first-ever undersea optical fibre cable (OFC) connecting Andaman & Nicobar islands and Chennai via video conferencing. This project will provide high-speed broadband connections in the Union Territory at par with services in the mainland thus, giving a boost to the economy of the islands. A submarine communications cable is a cable laid on the seabed between the land-based stations to transmit telecommunication signals across stretches of sea and ocean. At a cost of Rs 1,224 crore, the project has been implemented.

The Prime Minister laid the foundation for the 2,312 kilometres long submarine optical fibre cable project on December 30, 2018. After inaugurating the project via video conferencing, On Monday Modi said, “From Chennai to Port Blair, Port Blair to Little Andaman & Port Blair to Swaraj Dweep, this service has started in large part of Andaman Nicobar from today”. PM Modi further added, “I congratulate the people of Andaman & Nicobar for this connectivity filled with endless opportunities”.

Apart from Port Blair, the project will also connect other islands like Long Island, Swaraj Dweep (Havlock), Little Andaman, Rangat, Kamorta, Car Nicobar, and Greater Nicobar. Modi said that it is the responsibility of the nation to offer modern telecom connectivity to the residents of Andaman and Nicobar Islands.

“The bigger the project, the more the number of challenges. I am glad that after all the delays, we have completed the work. It is our duty to provide telecom services to the hardworking people of one of the most important regions,” Prime Minister said.

The submarine optical fibre cable link will deliver bandwidth of 2×200 Gigabits per second (Gbps) between Chennai and Port Blair, and 2×100 Gbps between Port Blair and the other islands.

Various other projects are being expanded in 12 islands of Andaman and Nicobar so that the issue of mobile and internet connectivity is resolved in the region. Other than this, physical connectivity via air, road, and water is also being strengthened. The project has been challenging as the cables had to be laid under the sea, said Modi. He praised the completion of the task ahead of its schedule. He further added that tourism in the concerned region will reap a huge benefit of this facility.