No community transmission in India, says Centre as cases near 3,00,000 mark; Markets reel on fears of a second wave of coronavirus 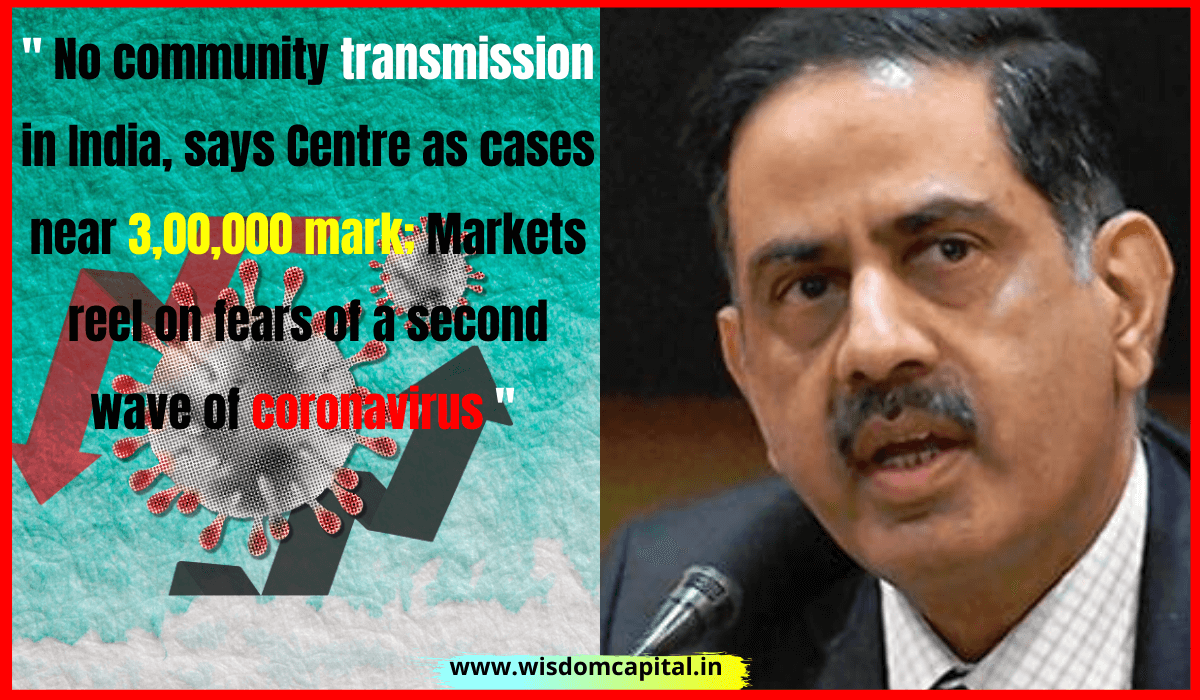 No community transmission in India, says Centre as cases near 3,00,000 mark; Markets reel on fears of a second wave of coronavirus

Even as coronavirus cases in the country are rapidly inching toward the 300,000-mark, the government said today that India is not in the community transmission phase of the coronavirus pandemic.

Amid intense speculation over the past few days on the surge in cases in Mumbai and Delhi, he affirmed that India is not in community transmission.

The top medical body official also called the multi-phased lockdown a success in controlling the rapid spread of the virus, while unveiling a report that says COVID-19 is prevalent in only 0.73 per cent of the population in 83 districts.

He, however, warned that states cannot lower their guard and need to keep on implementing effective surveillance and containment strategies to curb the spread of coronavirus.

Community transmission, or Stage 3 of a pandemic, is the phase in which cases cannot be traced to any source of infection.

He further said the number of coronavirus cases per lakh population in the country is among the lowest in the world.

The number of global cases also continues to rise, with nearly 7.4 million confirmed infections reported, according to Johns Hopkins University. Brazil, Russia, UK and India have the most cases after the US. More than 416,000 people around the globe have died.

Meanwhile, the rising number of Covid-19 cases in the US has unnerved Wall Street, with investors questioning whether they had boosted the stock market too far, too fast.

They fear that a second wave of infections could push many businesses to close again just after they reopened.

The virus has infected over two million people in the US and claimed the lives of more than 112,900 people , according to Johns Hopkins University’s latest count.

While the country touched a sombre milestone in the global pandemic, the stocks mega-rally hit a roadblock after Federal Reserve Chairman Jerome Powell said on Wednesday that the economic future was highly uncertain. Although he acknowledged that last month’s jobs report was a welcome surprise, he noted that many millions of Americans will never go back to their jobs and could remain without work for years.

Although the markets had opened higher, the opening gains were soon erased as fears of a second wave of coronavirus and the Supreme Court’s (SC) observations in the adjusted gross revenue (AGR) case weighed on market movers.