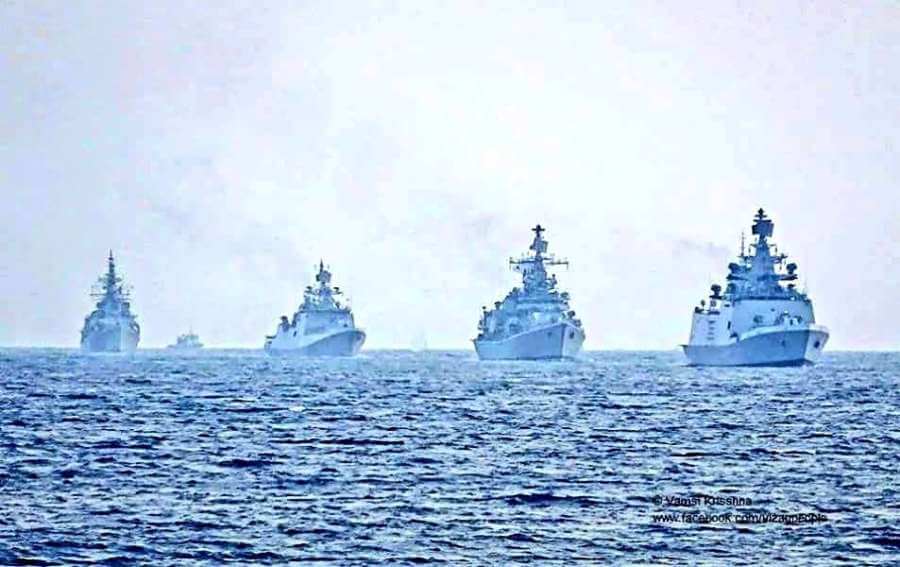 As many as 698 Indian nationals stranded in the Maldives due to the COVID-19-linked travel curbs has set sail from Male to Kochi in Kerala on an Indian Navy warship.

This repatriation is part of the Centre’s mega repatriation mission Vande Bharat, which began on Thursday, to bring back Indians stranded abroad.

Nearly 15,000 Indians are likely to return on special Air India flights. The country’s national airline will operate 64 repatriation flights from 12 countries for a week from May 7, while the Indian Navy has deployed two ships to bring back thousands of its nationals from abroad.

Between May 7 and 13, Air India and its subsidiary Air India Express will fly 10 flights from the UAE, seven flights each to the US, the UK, Bangladesh and Malaysia, five each to Saudi Arabia, Singapore, Kuwait and the Philippines, and two flights to Qatar, Oman and Bahrain.

Of the 64 flights, 15 would land in Kerala, 11 each in Delhi and Tamil Nadu, seven each in Maharashtra and Telangana, and the rest in Gujarat, Punjab, Jammu and Kashmir, Karnataka, Uttar Pradesh.

Passengers, who have to pay their own fares, are being tested before boarding flights.

Only people showing no symptoms of coronavirus will be allowed to fly.

Upon their arrival in India, they will have to register for Arogya Setu app, a digital contact tracing initiative, and their medical examination will be conducted and they will be subsequently put under quarantine for two weeks, either in a hospital or in an institutional facility.

On Tuesday, the Union Ministry of Home Affairs had issued a standard operating procedure (SOP) for the return of the stranded Indian nationals.

The SOP states that priority will be given to compelling cases in distress including migrant labourers, who have lost their jobs, and those faced with expiry of short term visas.

Meanwhile, the Delhi government on Wednesday issued guidelines for screening and handling of passengers on their return to the city airport from foreign nations by repatriation flights.

Issuing the order, the Delhi government said passengers returning to Delhi airport will be quarantined in a paid facility for 14 days from their date of arrival.

For the smooth functioning of the whole operation, the Ministry of External Affairs has deputed nodal officers for most of the states for the evacuation exercise.

According to media reports, eventually, about 200,000 Indians will be brought back.

This mission is dubbed as India’s biggest evacuation initiative since 1990, when it rescued 170,000 civilians from Kuwait during the First Gulf War.

India suspended all international travel in March before it went into lockdown to curb coronavirus infections.

The Indian mission in the UAE alone has received 197,000 applications to be repatriated so far.

The plight of migrant workers stranded outside India, particularly in the Gulf states,  in abysmal living and working conditions, is a lot similar to that of the migrant workers across the country.

Without jobs and irregular food supplies, the stranded workers have limited access to healthcare facilities and are worried to report ailments for fear of getting deported.

In the UK, thousands of Indian students unable to leave the country because of the COVID-19 lockdown are relying on food donations from charities because they can no longer afford to eat.