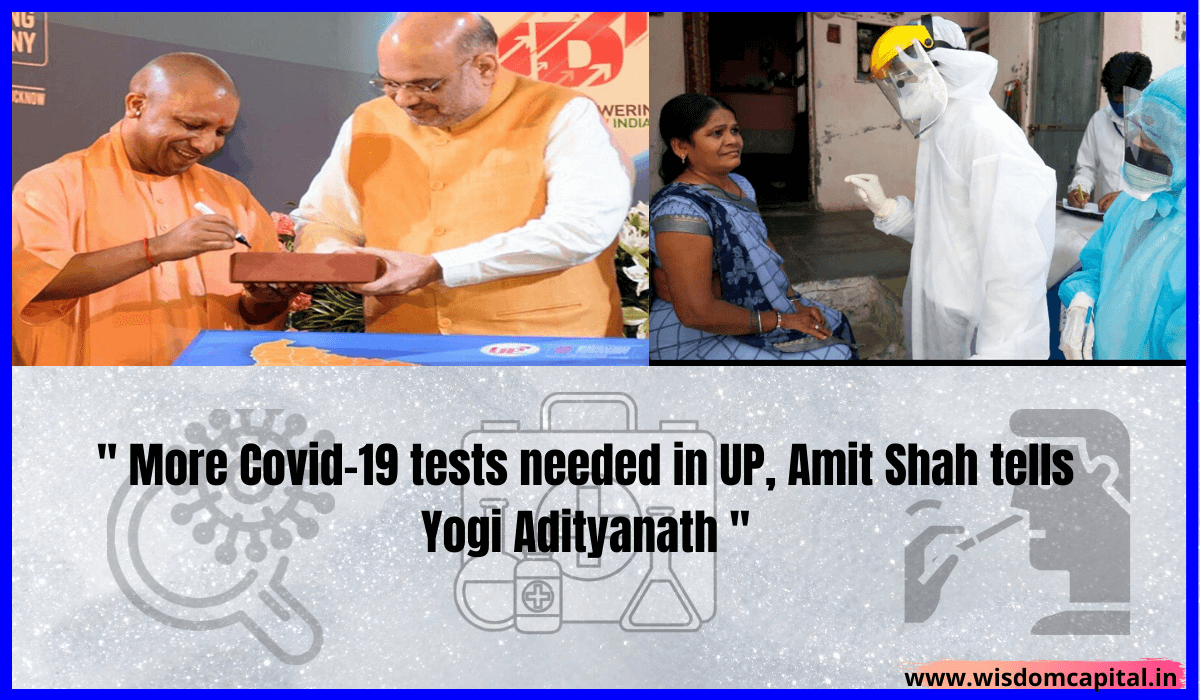 Union Home Minister Amit Shah in a meeting held on Thursday to review the Covid-19 situation in the National Capital Region — comprising Delhi and parts of Haryana and Uttar Pradesh — emphasised on more testing and early hospitalization to reduce mortality rates. The Home Minister’s comments were directed at Uttar Pradesh Chief Minster Yogi Adityanath, who faced questions about the low rate of testing in his state.

Out of the three states, the testing rate was the least in UP and at the meeting, there were questions on why Gautam Budh Nagar was only conducting 72 and Ghaziabad 78 tests per million.

In comparison, the capital Delhi is conducting testing 679 per million and Gurugram 482.

Assuring the Home Minister, the UP Chief Minister said that he has already given instructions to ramp up testing among high-risk workers, who include rickshaw drivers and vegetable vendors.

Delhi Chief Minister Arvind Kejriwal was present at the meeting along with Union Health Minister Dr Harsh Vardhan while UP Chief Minister Yogi Adityanath and Haryana’s ML Khattar joined in through video-conference.

The Home Minister said ramping up tests with the Rapid Antigen Test Kits will help in reduce infection transmission rate below 10 per cent as suggested by the World Health Organization (WHO).

The officials were also asked to reduce the mortality rate in the NCR region which, besides Delhi, includes eight districts in two states including, Rohtak, Jhajjar, Sonipat,Gurgaon and Faridabad in Hayana; Gautam Budh Nagar, Ghaziabad and Baghpat in Uttar Pradesh.

Officials said 3,020 people have died dur to the virus in the NCR region. Of this, 91 per cent are from Delhi, 4.5 per cent from Gurgaon and Faridabad and 4.5 per cent in the remaining areas. The Home Minister asked the officials to reduce the death rate below 1 per cent.

The NCR, which has a population of around 4 crore, represents a chunk of the country’s 6 lakh-plus coronavirus figures. Over 1.02 lakh people have tested positive in the NCR region of whom, 71,000 patients have recovered and 31,000 are still under treatment, officials said. Delhi, officials said, accounts for 85 per cent of the cases in the area.

The Home Minister spoke of the need to map the prevalence of coronavirus in the NCR through extensive use of Aarogya Setu and the Itihaas app, officials said after the meeting.

The coronavirus may have mutated to become more infectious: Dr Fauci

The coronavirus has mutated in a manner that might help the pathogen spread and infect more easily, White House health advisor Dr. Anthony Fauci said on Thursday.

Research is underway to confirm the possible mutation and its repercussions, Dr Fauci said, adding that “there’s a little dispute about it.” Viruses naturally mutate and researchers have earlier said they have observed minor mutations in the coronavirus that have not affected its ability to spread or cause disease in any significant way.

The possible mutation that Dr Fauci referred to was reported on by investigators at Los Alamos National Laboratory in an article published by the journal Cell earlier on Thursday. Virologists at the Florida-based Scripps Research also wrote about the mutation in June, saying it “enhances viral transmission.” It’s unclear when the mutation might have occurred.