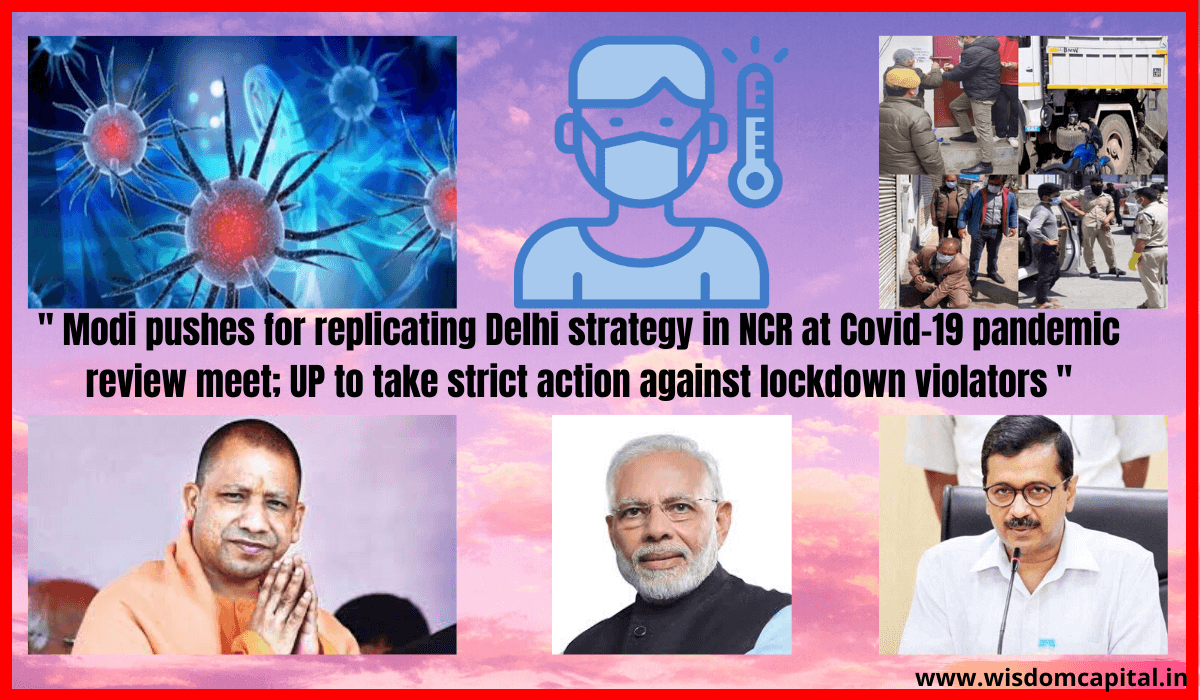 Prime Minister Narendra Modi today touched upon a host of issues while chairing a review meeting on the coronavirus pandemic preparations across the country.

PM Modi took stock of the situation in various parts of India and the preparedness of various states, the Prime Minister’s Office said.

PM Modi also urged the public of the need to observe personal hygiene and social discipline in public places. The PMO said in a statement that the awareness about Covid-19 should be disseminated widely and a continuous emphasis on preventing spread of the infection should be laid. The Prime Minister further said that there is no room for any complacency in this regard.

PM Modi praised the concerted efforts of the Centre, state and local authorities in containing the pandemic situation in Delhi. He further directed that similar approach should be adopted with other state governments in containing the coronavirus pandemic in the entire NCR area.

The successful example of surveillance and home-based care through ‘Dhanvantri Rath’ in Ahmedabad was underlined and it was directed that it may be emulated in other places. PM Modi also directed that real time national level monitoring and guidance should be provided to all coronavirus-hit states and areas with high test positivity rate.

Meanwhile, Uttar Pradesh is presently under a strict lockdown in the wake of a rise in coronavirus cases. The lockdown kicked off from 10 pm on Friday and will remain in force till 5 am on Monday. The state government led by Yogi Adityanath, however, described it as an imposition of curbs on certain activities to keep the spread of the virus under control. Barring essential services, everything else is shut across the state till Monday 5 am.

The state government has decided to take stringent action against those who step out without face covers in public places. State authorities have increased the penalty on violators from Rs 100 to Rs 500, additional chief secretary and principal secretary (health) Amit Mohan Prasad said on Friday.

According to news agency PTI, Chief Minister Yogi Adityanath has issued orders to officials concerned for the special cleanliness and sanitisation campaign which begins today. On Friday, in a video conference with all state officials, including divisional commissioners, district magistrates and senior administrative and police officials, the CM  said the campaign should be conducted on July 11 and 12 in both rural and urban areas.