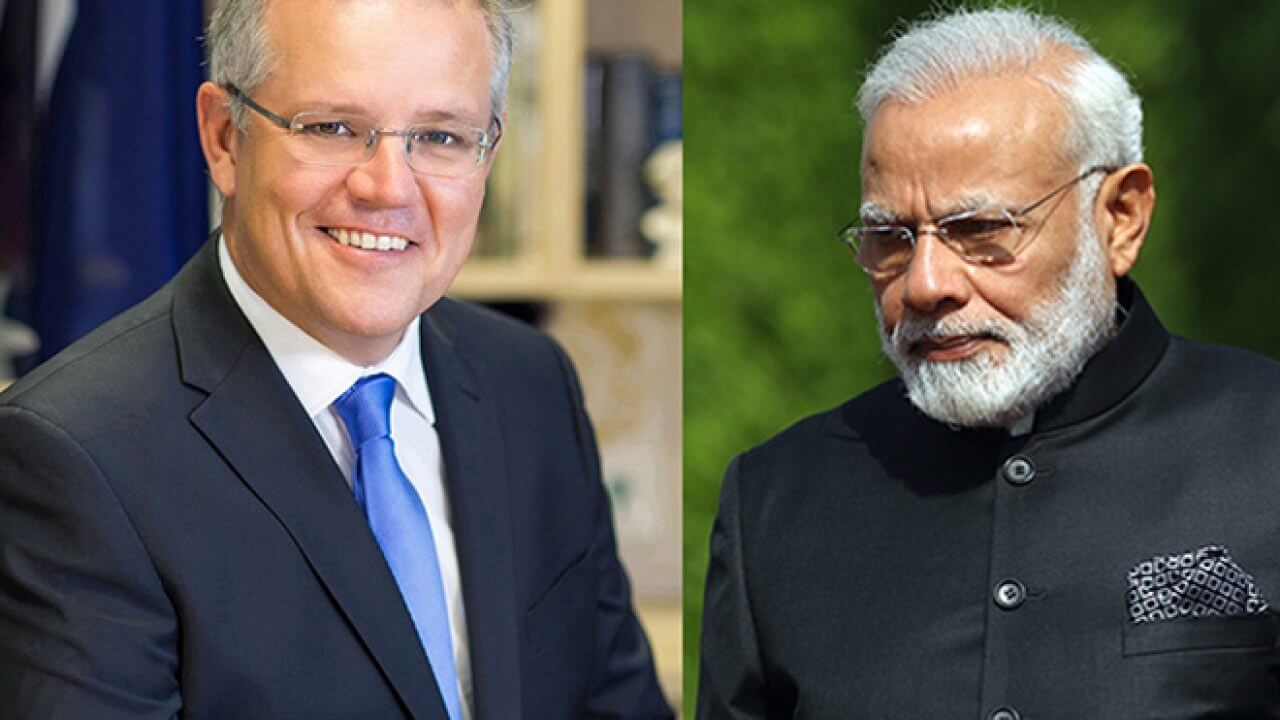 Prime Minister Narendra Modi and his Australian counterpart Prime Minister Scott Morrison will finally hold a virtual summit today after efforts to meet in person were scuttled by the raging summer bushfires in Australia and Covid-19 pandemic.

A statement from the Ministry of External Affairs stated that this is the first time that Prime Minister Modi will be holding a “Bilateral Virtual Summit”, and it signifies the strengthening of ties with Australia and its upward trajectory.

The MEA yesterday issued a press release on the event, stating that the virtual summit is being held as PM Morrison’s visit to India could not take place amid the Covid-19 pandemic.

The meeting is significant, not just because it is happening online, but also due to several agreements, including one on mutual sharing of military logistics facilities, expected to be signed during the summit on June 4.

Both Modi and Morrison will review the broad framework of the relationship between the countries in the context of growing bilateral ties and will also discuss their respective responses to the pandemic.

Earlier this week, Australian High Commissioner Barry O’Farrell said that both (Prime Ministers Modi and Morrison) are people person and they’ll be talking about how to work together to improve the lives of people. Both believe that the government is not about the number of agreements signed but improving the lives of citizens and creating jobs.

O’Farrell added that they may also share commentary on the hard task of how to ease restrictions.

India has also confirmed its participation in the UK-led virtual Global Vaccine Summit to be hosted by British Prime Minister Boris Johnson today.

According to organisers of the summit, PM Modi or a high-level Indian representative is expected to join live or with a pre-recorded message along with at least 35 heads of state or government at the event, which aims to raise at least USD 7.4 billion for Gavi, the Vaccine Alliance, in additional resources to protect future generations with vaccines and reduce disease inequality.

Lord Tariq Ahmad, UK Minister for South Asia and the Commonwealth, said that India’s participation in Gavi and in supporting the [novel coronavirus] vaccine cannot in any way be underestimated, adding that it is an established fact that half of the world’s vaccine production is currently in India. This makes it an important partner in that area.

Gavi, the Vaccine Alliance, which is supported by the United Nations, coordinates vaccinations across the world.

The virtual summit today comes against the backdrop of the University of Oxford’s fast-track trials for a potential vaccine to protect against Covid-19. However, it has a wider remit as the UK hopes it would help raise the funds required for Gavi to vaccinate over 300 million children against infectious diseases in the world’s poorest countries over the next five years.

Meanwhile, after temporarily halting research over safety concerns, the World Health Organization resumed a study looking into whether the malaria drug hydroxychloroquine  could be effective in treating COVID-19.

In a press conference on June 3 at the UN health agency’s Geneva headquarters, WHO Director-General Tedros Adhanom Ghebreyesus said that the agency’s board reviewed the data concerning heart risks and found “no reasons to modify the trial.”

On May 25, the agency had announced that it had temporarily stopped people from enrolling in the trial over concerns about the hydroxychloroquine’s adverse effects on the heart, following the publication of a Lancet study on May 22. The study, which involved more than 96,000 people, found that the drug did not improve survival among patients hospitalised with the virus, and that these patients were more likely to develop heart rhythm abnormalities, a known risk factor of the drug, than those not given the medication.