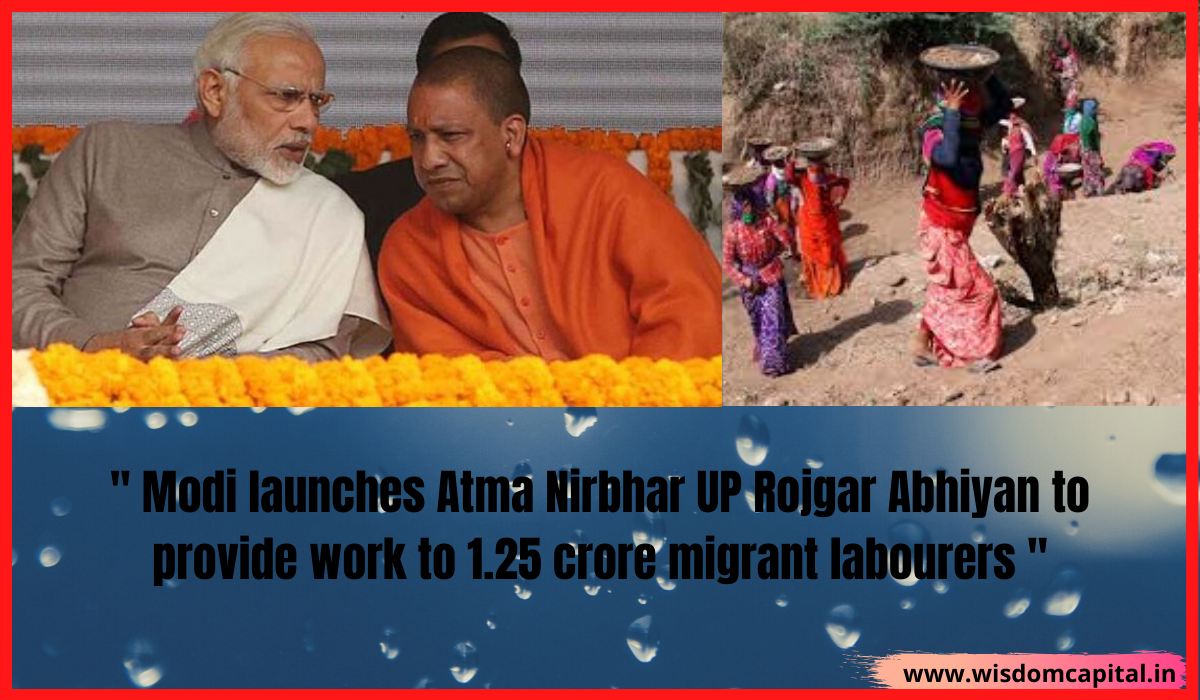 Prime Minister Narendra Modi today launched a 125-day campaign to provide work to migrant workers and others in Uttar Pradesh, who lost their jobs during the Covid-19 lockdown, under various central and state government schemes.

Modi also spoke to villagers, who joined the event through Common Service Centres and Krishi Vigyan Kendras,  from six districts of UP at the virtual launch this morning.

He spoke to people from UP who have benefitted from various government schemes such as PM Awas Yojana, Shramik special trains and MUDRA Yojana etc.

He said that the state government has worked on war footing amid Covid-19 to lower the death toll due to the disease.

“Nations such as England, France, Italy, Spain ruled the world for 200-250 years and were superpowers. However, their combined population is equal to that of Uttar Pradesh,” PM Modi said, adding that the state registered much lower deaths than four countries combined.

Modi said that global investors are attracted to UP and the state’s Kushinagar airport will soon go international soon and this especially strengthen ‘Purvanchal’ air connectivity. With Buddha devotees visiting UP, employment will be generated, PM Modi said.

He stated that the Centre is making every effort to ensure that labourers don’t have to take loans during the coronavirus pandemic. He said that skill mapping of all workers has been started in villages and this will help them in getting work.

PM Modi said that workers’ self esteem will be secured by the Garib Kalyan Rojgaar Abhiyaan while emphasising on taking precautions amid the pandemic. The PM said until a vaccine is available, citizens must take care of social distancing, among other measures to stay safe.

PM Modi stated said that industry groups will be formed near villages, towns, and small cities for making different products from local produce, and later for its packaging.

There are many local products available in various states and districts such as makhana in Bihar, amla and mango in Uttar Pradesh, chilli in Madhya Pradesh while Odisha and Jharkhand boast of a wide variety of forest produce, said Modi. There are many such local products in every district with which the associated industries are planned to be set up nearby, he added.

A slogan ‘Rojgar ka naya abhiyan, har shramik ko kaam’ (a new campaign for employment, jobs for all workers) has been given to the Garib Kalyan scheme in UP.

The Atmanirbhar UP Rojgar campaign aims at providing jobs, promoting local entrepreneurship and creating partnerships with industrial associations and other organisations to create employment opportunities.

The state’s 31 districts have been covered under the scheme and the Yogi Adityanath government in UP is likely to use the occasion to showcase the work it has been doing for the welfare of the labourers.

A target of providing jobs has been given to different departments with a focus on 25 categories of works and 1.25 crore workers or labourers will get work. This will include work to be given to 60 lakh workers per day and 10.06 crore man-days will be created under the Mahatma Gandhi National Rural Employment Guarantee Scheme (MGNREGA).