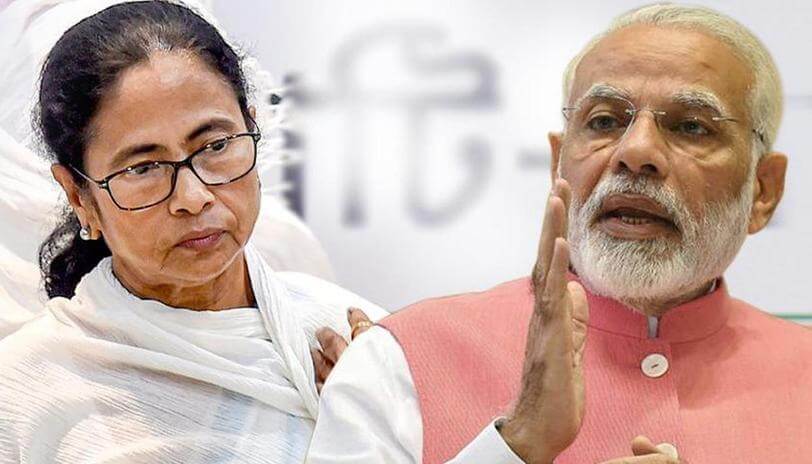 Prime Minister Narendra Modi will visit West Bengal and Odisha today to take stock of the situation in the wake of the powerful cyclone, Amphan, which has killed at least 76 people across India.

Modi will conduct aerial surveys of the affected districts and also take part in review meetings to discuss relief measures.

On Thursday, Kolkata, which has been devastated by Amphan, woke up to scenes of destruction as over 5,000 trees were uprooted in the gales, electricity and telephone lines brought down and houses flattened.

West Bengal Chief Minister Mamata Banerjee said the devastation in Kolkata was “a bigger disaster than Covid-19,” with area after area ruined.

Banerjee said 15 of the victims were from Kolkata and most of the people died due to electrocution and injuries sustained from falling branches. She announced a compensation of Rs 2 lakh to the families of each of the victims.

Due to heavy rainfall, many of Kolkata’s roads were flooded, with electricity cut off for its 14 million people.

Telephone lines were snapped, broadband services hit and even mobile network was down in most parts of the city.

At Kolkata’s Netaji Subhas Chandra Bose International Airport, a small private airplane parked in a hangar was damaged while two hangars were destroyed. A portion of the airport was also inundated. However, operations resumed later at the airport.

Operations started at both docks of Kolkata Port on Thursday.

Coronavirus lockdown restrictions have been hampering emergency and relief efforts.

Inside SSKM Hospital compound, trees were uprooted and a boundary wall collapsed. Till late in the evening on Thursday, uprooted trees had not been cleared by civic officials, while several areas remained submerged in rainwater.

Firhad Hakim, chairman of board of administrators at Kolkata Municipal Corporation, said that the city has never witnessed a bigger disaster than this.

Amphan is dubbed as the first super cyclone to form in the Bay of Bengal since 1999. Though its winds had weakened by the time it hit, it was still classified as a very severe cyclone.

The cyclone began hitting the Sundarbans on Wednesday afternoon, before carving north and north-eastwards towards Kolkata.

Parts of West Bengal and Odisha, bore the brunt, with winds gusting up to 185km/h (115mph).

Giving details of the damage caused by Amphan, the West Bengal CM said  that the damage is to the tune of Rs 1 lakh crore, adding that the two districts of North and South 24 Parganas are completely devastated. “We have to rebuild those districts from scratch.”

Banerjee also assured that the restoration work will start soon in the affected areas, even as PM Modi assured the West Bengal government that no stone will be left unturned in helping those affected by the cyclone.

In Odisha, Amphan affected 44.8 lakh people and caused extensive damage to infrastructure. Chief Secretary AK Tripathy said the extremely severe storm caused significant damage to power infrastructure and the agriculture sector. According to the Odisha Revenue minister, 1 lakh hectares of standing crops have been damaged due to the strong winds and heavy rainfall.