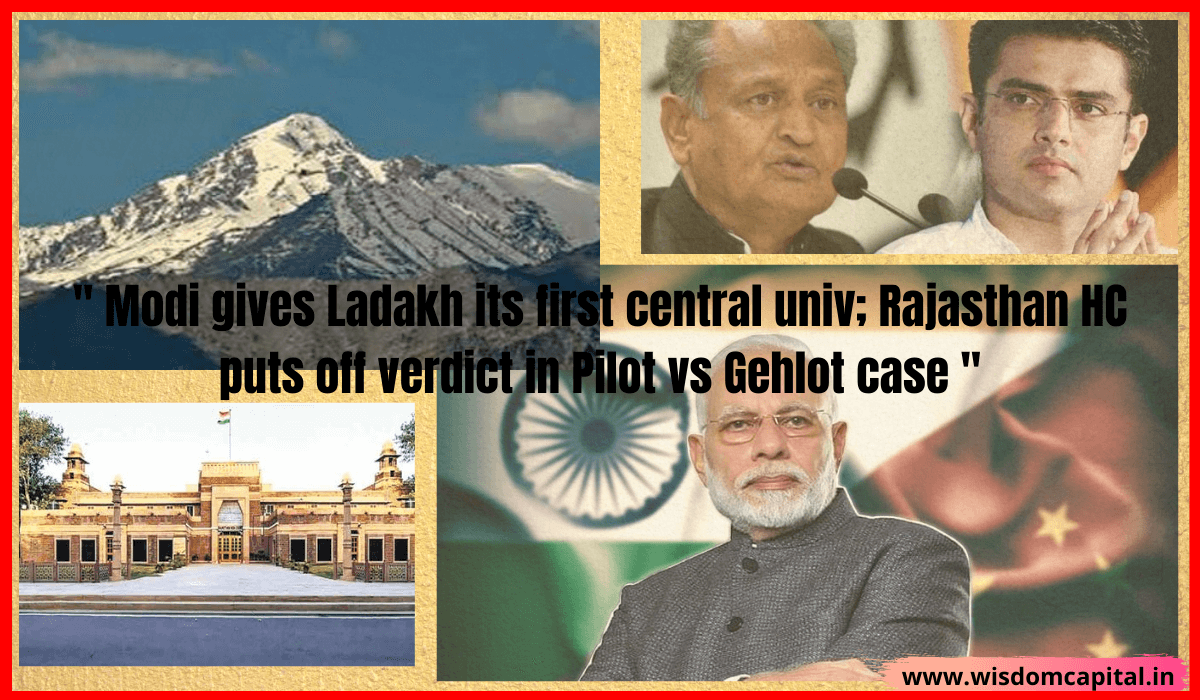 Prime Minister Narendra Modi has given his approval for the plan for the first central university in Ladakh with a Centre on Buddhist Studies, a move that comes just about a fortnight ahead of the first anniversary of the parliamentary enactment that led to the creation of Ladakh as a union territory.

The planned central university will offer degrees in all courses such as liberal arts and basic sciences.

The prime minister’s in-principle approval came at a meeting convened on Monday to review the steps taken by the Centre over the last one year in the union territories of Ladakh, and Jammu and Kashmir and outline the priorities for the government over the next few months to improve the lives of people. Union home minister Amit Shah, external affairs minister S Jaishankar, National Security Advisor Ajit Doval and all top officials attended this meeting.

With this verdict, the court has barred Speaker CP Joshi from acting on the July 14 disqualification notices.

The order, which was expected today, has been delayed after the court accepted team Pilot’s last minute request to add the Centre to the case so it can weigh in on whether the anti-defection law applies to them.

The order came after the high court agreed to Pilot’s request to make Centre a party to the case. The application was moved by Pilot on the ground that Tenth Schedule’s constitutional validity was under challenge and therefore, the Union of India was a necessary party.

On Thursday, the Supreme Court refused to stop the High Court from delivering the verdict that is likely to impact the revolt-hit Congress government in Rajasthan, saying the “voice of dissent” cannot be suppressed in a democracy. Chief Minister Ashok Gehlot indicated that he is preparing for a floor test as he met the Governor on Thursday evening.

Pilot and 18 other dissident MLAs had challenged a disqualification notice given by Joshi in the high court. The notice was given on the request of Congress’ chief whip who said Pilot and his aides did not attend the party’s Congress Legislature Party meetings.

The group, however, argued that a party whip applies only when the assembly is in session.

In the last hearing, the high court had asked Joshi to wait for its verdict on Friday before taking any action against Team Pilot.