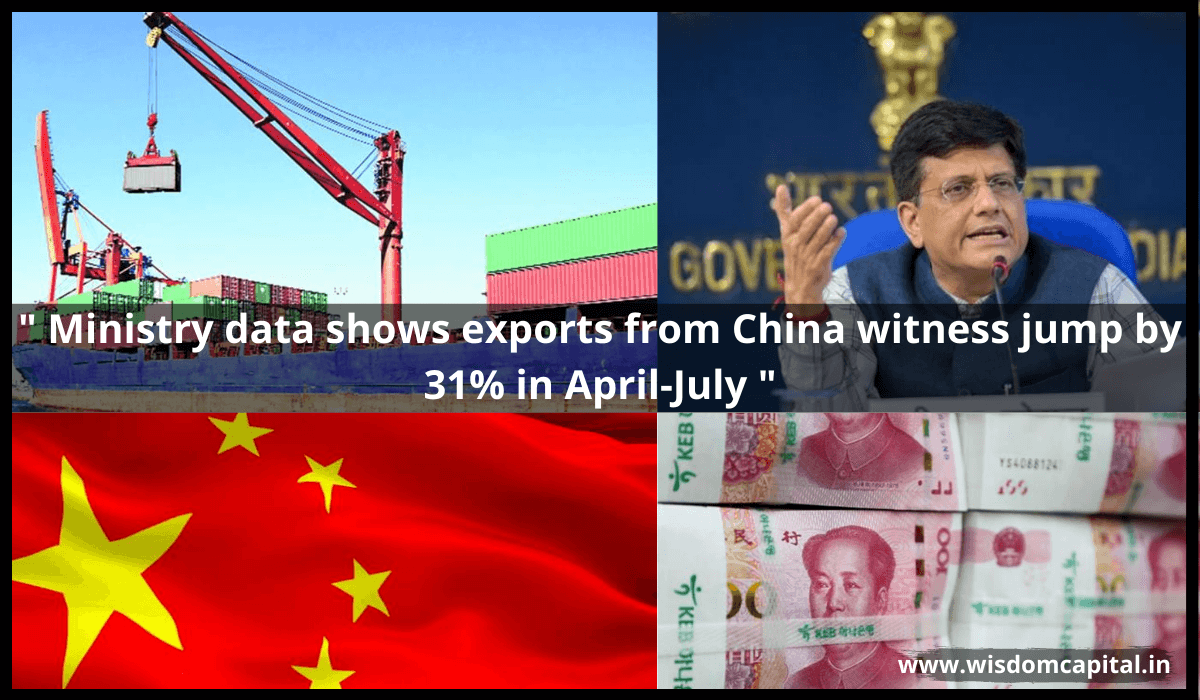 In a recent analysis of monthly trade data available on the Commerce Ministry shows an increase in exports from China by 30.71 per cent. While the overall exports have decreased by 29.99 per cent during April-July of FY20-21. Despite a slump in the economy, the number of exports have increased to $7.20 billion.

In the last few years, the share of exports from China has been rising slowly but in recent months it has risen sharply. China in 2019 has been the third-largest importer of Indian goods followed by the US with 16.94 per cent and further UAE being the largest with 9.21 per cent.

While asked for the reason, there isn’t any specific reason cited by the centre. Internal sources inform that it could be due to old-precontracted orders that were stuck due to Covid-19 led restrictions and were released once the lockdown was lifted leading to a surge in exports.

Since the inception of the virus was first found in China’s Wuhan city, the trade activities were stopped during January-March 2020. However, in India, its effect was witnessed from April after the country went for a national lockdown from March 25. As per official data from the ministry, in the month of January, there was an increase of 23.15 per cent of exports from China. However, later in February and the following months, there has been a dip in overall exports. While February accounted for -13.62 per cent, March saw 36.66 per cent and April it again went till -20.69 per cent. However, the later months of May, June and July witnessed a sharp jump in exports.