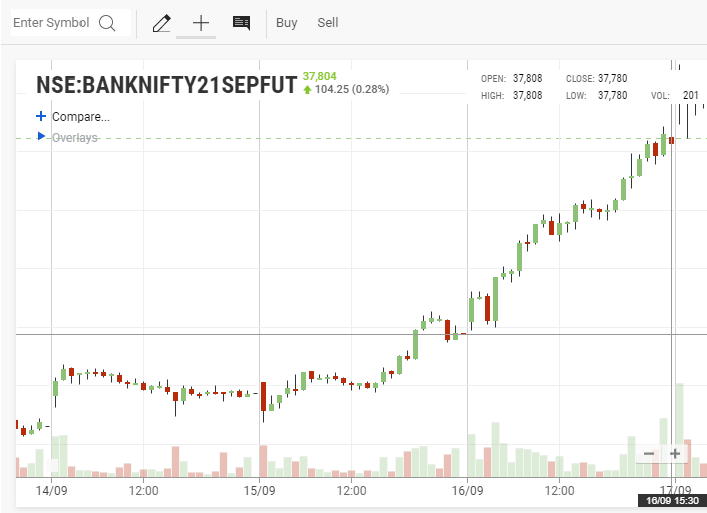 Main benchmark indices in India hit record highs on Thursday, on account of news coming in from the government. Banking stocks led the charge as the Finance Minister, Nirmala Sitharaman, announced a formal government guarantee plan: Of Rs 30,600 crore. To put it simply, the government plans to take the non-performing assets from the books of Bad Bank (to be set up under the plan) to its own. Bank Nifty index, a banking index that comprises of 12 stocks from the banking industry, gained 2.22% ahead of a media statement by the government.