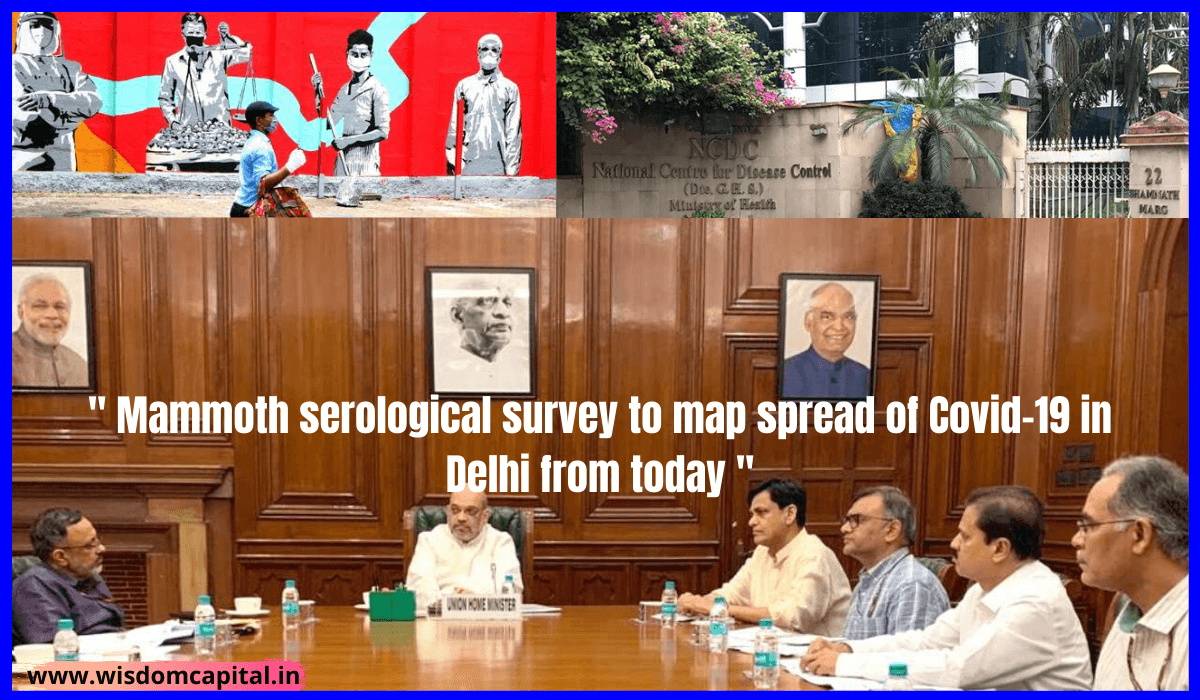 Authorities in Delhi will conduct a mammoth exercise from today to determine the spread of the Covid-19 amid a spike in the number of cases in the national capital, which is one of the worst hit in the country.

The serological survey, which is part of the new COVID-19 response plan, is expected to help officials prepare a broad strategy to combat the Covid-19 pandemic.

The exercise will be jointly taken up by the Delhi government and the National Centre for Disease Control (NCDC) from June 27 to July 10, as per the directives of Union Home Minister Amit Shah.

As per a home ministry spokesperson, “Survey will begin from June 27, training of all the concerned survey teams was completed on Thursday.”

A total of 20,000 tests will be carried out across all the districts of Delhi, spanning all sections and ages, according to the official directive.

The deputy commissioners of the districts will effectively coordinate with survey field teams, the directive further said.

This will allow officials to conduct a comprehensive analysis of COVID-19 in the city and then a broad strategy can be prepared to combat the pandemic in the national capital, an official statement had said.

The national capital has 77,240 coronavirus infections so far and 2,492 people have died due to it.

Addressing a virtual ministerial meeting of Alliance for Multilateralism on Friday, Union Minister of External Affairs S Jaishankar said a dispassionate scrutiny and reform of all multilateral entities were needed to make them purpose-built for the current times and representative of this century.

Stating that the world stands at a “transformative moment”, the minister said that we are facing a two-pronged attack of a pandemic and misinformation going viral.

He said that the pandemic has devastated the globalised economic system; apart from leaving more than 400,000 dead. “It has fundamentally changed the way we live, work, travel and indeed, relate to each other,” he said, adding that while it is too early to say that Covid-19 has altered our way of life forever, it has lessened humanity’s instinctive comfort in the presence of others.

Calling it an era of both a health crisis and an infodemic, the minister asserted that the way forward to address both the challenges of a viral pandemic and misinformation going viral is similar and said that there is a need to strengthen the belief in scientific approaches.

Explaining further, he said that it means, politics must be set aside and focus must be on facts-whether it is the effort to dispassionately analyse the causes and drivers of the current Covid-19 pandemic, or to evaluate what changes multilateral health mechanisms need to implement to improve preparations for a future pandemic.

The “Alliance for Multilateralism”, which was launched by the French and German foreign ministers, is an informal network of nations united in their belief that a rules-based multilateral order is the only reliable guarantee for global stability and peace.