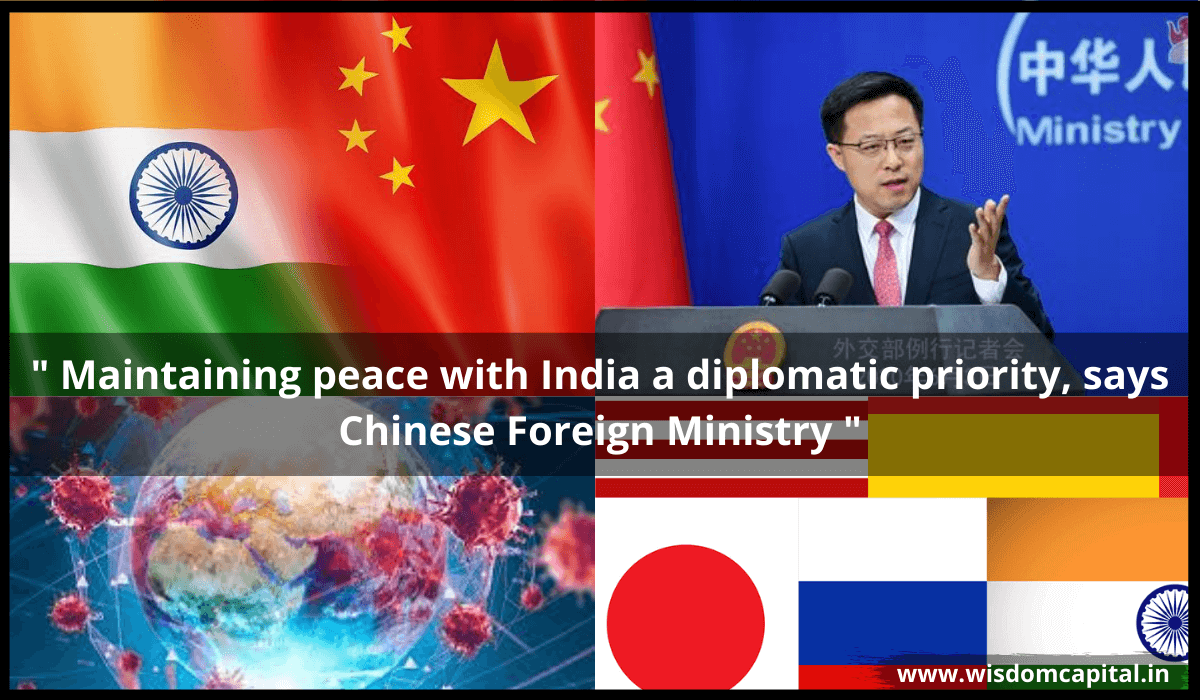 The Chinese foreign ministry recently said,”Maintaining peace with a disputed boundary and deepening strategic trust with India is one of China’s diplomatic priorities.” In addition, it also announced that Beijing will try to expand “shared interests” with neighbours in the near future.

Amid the Covid-19 pandemic impact over the world, foreign ministry spokesperson Zhao Lijian in response to a query about China’s diplomatic priorities spoke about Beijing’s plans for future bilateral ties with Russia, USA, EU, Japan, and India.

Zhao Lijian also said, “For the India-China relationship, the two sides should together look for peace and security in the border areas and maintain steady development of bilateral ties.”

In a statement published on the Chinese foreign ministry’s website on Monday, also said, “We will continue to deepen strategic mutual trust and expand shared interests with our neighbours and other developing countries”.

However, the Chinese official did not make any remark to the existing tension between India and China along with the LAC in eastern Ladakh. Till now, both the countries have had many rounds of diplomatic and military talks to de-escalate, but the process is yet to be finalised.

According to the Sources, the Indian military brass led by Chief of Defence Staff (CDS) General Bipin Rawat while briefing a parliamentary panel said that de-escalation between the two sides might take more time than the usual but the Indian side was ready for any happening and have made necessary arrangements for it in the Ladakh sector.

India has asked China to disengage from friction points and Depsang Plains and has made up arrangements to fight any misadventure there.

On June 15, the Indian Army lost 20 soldiers in the Galwan Valley fight. However, the Chinese also suffered some casualties but did not admit the same till date.

The Indian Army has been deployed in two additional divisions in the Ladakh sector where two formations already exist for protecting against Pakistan as well as China.