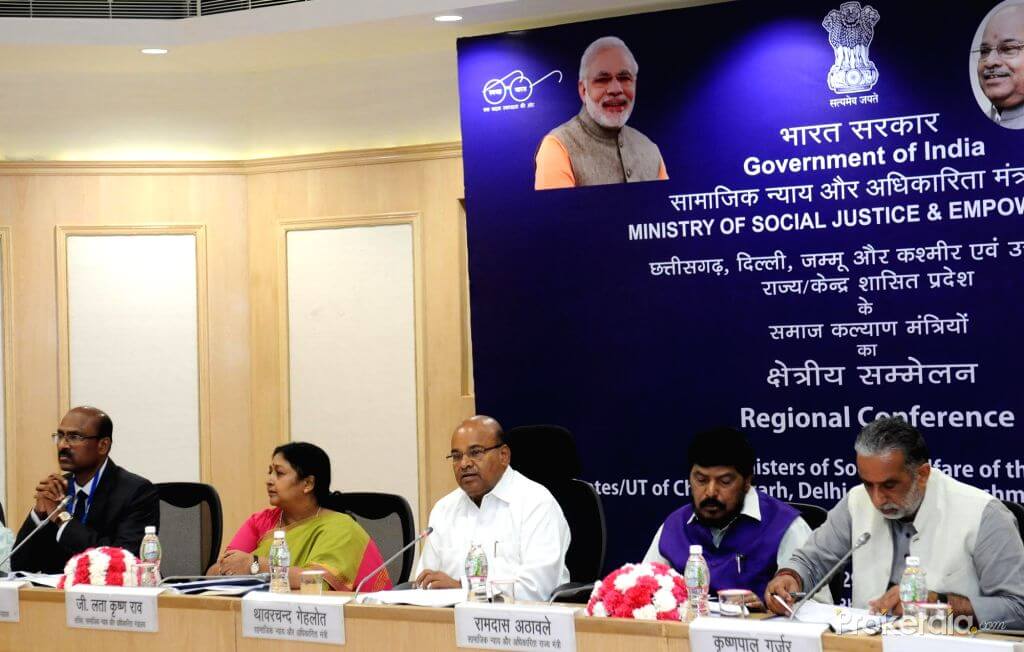 A report by an informal Group of Ministers led by Union Social Justice Minister Thawarchand Gehlot revealed that a whopping 93 million urban informal workers, across five sectors namely, manufacturing, construction, trade, tourism and hospitality, have been affected by the coronavirus pandemic and the subsequent lockdown imposed to slow its spread.

According to media reports, Gehlot declined to comment on the report and said its “contents are not public yet.’’

Among the recommendations by the GoM, which were submitted in a report to the Prime Minister’s Office (PMO) last week are: a database of the workers, a job card for migrant workers returning to their villages and a modification of the rural employment guarantee scheme that allows work in a private factory or construction site, with the employer paying salaries above the MNREGA wage component which will continue to be paid by the Centre; and an app named Kaushal (literally, skill) that allows workers to enrol for skill development courses and also reach out to potential employers.

The GoM also stressed that there need to be confidence building measures to bring back migrant workers to the cities, which could be in the form of scholarships for their children, access to anganwadis and training and upskilling. Also, migrant workers should be automatically enrolled in the Ayushman Bharat or national health insurance scheme, the ministerial group added.

According to data from the Centre for Monitoring Indian Economy (CMIE), for the week that ended May 17, the unemployment rate stood at 24 per cent, reflecting the severity of the jobs crisis facing the nation’s labour force.

Also, a survey by Azim Premji University (APU) found eight out of 10 workers in urban areas have lost their jobs during the shutdown and almost six in 10 people in rural India faced job losses.

The Azim Premji University COVID-19 Livelihoods Survey also found that 61 per cent of urban households did not have enough money to buy even a week’s worth of essentials while the average weekly earnings of those who were still employed fell by 61 per cent.

About 80 per cent of urban households consumed less food in April-May compared to February. Similar effects were observedin rural areas too, though to a smaller degree.

The results were based on a phone survey conducted among 4,000 workers across 12 states by the Centre for Sustainable Employment at APU.

The GoM report, while acknowledging that the nationwide lockdown saved lives, states that the country now faces an economic downturn whose elements include the loss of jobs and livelihood. The group recommends the restart of economic activities at the earliest.

Meanwhile, in a detailed report by the prestigious Massachusetts Institute of Technology (MIT), Aarogya Setu app rating has been downgraded to 1 out of 5 stars, with only ‘data destruction’ being the parameter that MIT has ticked

Right from the launch of the coronavirus tracing app, Arogya Setu has been the centre of debate in India. The app developed by the National Informatics Centre (NIC) was initially handed a rating of 2 out of 5 stars by MIT, based on its privacy and data principles, but now, data destruction is the only parameter that MIT has ticked.

MIT has rated all the COVID-19 contact tracing apps in the world.