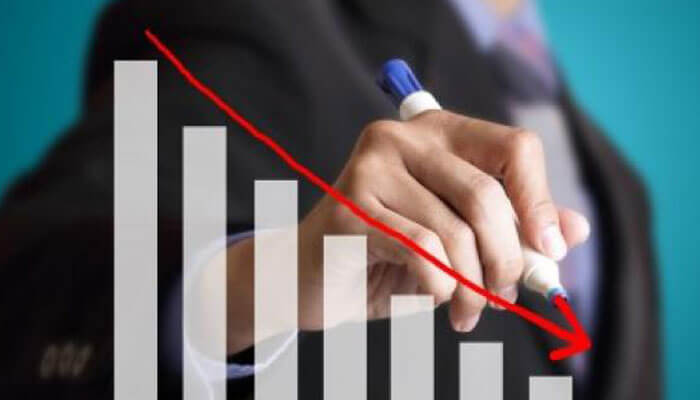 After starting on a promising note, Indian stocks slipped into the red today, with the benchmark indices retreating from their intra-day highs, after last hour sell-off in banking and financials index.

Among sectoral indices on NSE, Nifty Bank index dropped over 2 per cent, dragged primarily by HDFC Bank and Kotak Mahindra Bank, while Nifty FMCG was the top performer, closing 4 per cent higher.

Market watchers say that investors are focusing on how and when governments may begin to ease business shutdowns and limits on people’s movements imposed to slow the spread of the virus.

Besides worries over economic downturn due to the extension of the nationwide lockdown weighing on the investor sentiment, IMF’s latest projection made matters worse. In the IMF’s World Economic Outlook on Tuesday, Chief Economist Gita Gopinath projected that the global economic output will shrink by 3 per cent this year, a bigger loss than 2009’s 0.1 per cent decline.

These numbers are a marked departure from the IMF’s previous forecast in January of 3.3 per cent growth before the coronavirus prompted governments to shut down entire nations.

Asian markets also shed some gains today after the IMF’s projection. Oil was down again on a dire forecast for demand.

Japan’s Nikkei 225 dropped 0.5 per cent, while China’s Shanghai Composite slumped 0.6 per cent. Hong Kong’s Hang Seng opened higher, but erased its small gains and was last down 1.4 per cent.

Meanwhile, as Covid-19 continues to take toll on India’s aviation sector, Tata SIA’s joint venture Vistara has asked its top management to go on leave without pay for few days. According to media reports, the airline has directed its senior employees to go on leave without pay for up to three days between April 15 and April 30, citing Vistara CEO as saying. As the government has extended the lockdown for 19 more days, the flight services also remain grounded, adding to the pains of a sector that was already reeling under technical issues such as grounding of Boeing 737 MAX aircraft, before the coronavirus lockdown.

As financial pressure mounts, major domestic airlines such as IndiGo and Spicejet SpiceJet have also asked their staff to take salary cuts in March.