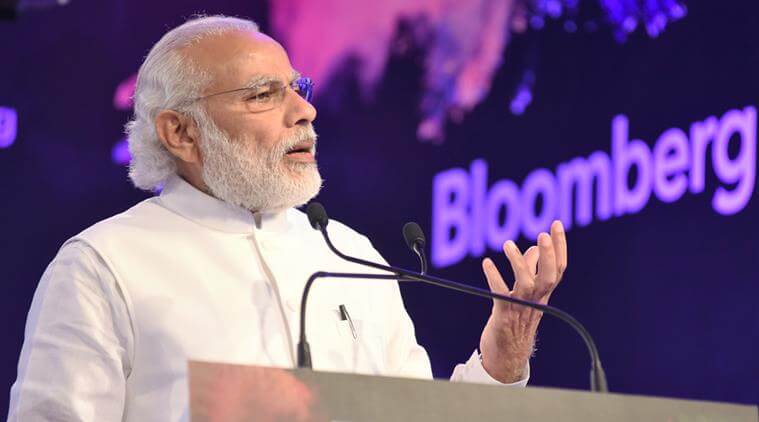 Even as India is all set to extend the lockdown for the third time beyond May 17, economists are projecting the Indian economy to shrink 0.4 per cent in the year to March as a result of measures to contain the coronavirus pandemic.

The projections were revealed in the latest survey by Bloomberg News.

The forecast has been slashed thrice since February and represents a sharp cut from the 1.7 per cent expansion seen in April, according to the median of 19 economists surveyed between May 6 and 11. The economy had last shrunk in 1980, when gross domestic product contracted 5.2 per cent.

India’s ongoing nationwide lockdown to contain the spread of the coronavirus pandemic, considered the severest in the world, has brought economic activity to a standstill. It has caused massive retrenchment and loss of output.

India’s unemployment rate climbed to a staggering 27.1 per cent in the week to 3 May and some 121.5 million Indians lost jobs in April, as per data released by the Centre for Monitoring of Indian Economy.

The shutdown has been extended twice, with some businesses and factories allowed to resume operations. But, businesses are facing a dearth of workers, as many returned to their rural hometowns amid the lockdown.

The Confederation of Indian Industry (CII) has called for an immediate fiscal stimulus of Rs 15 lakh crore or 7.5 per cent of the gross domestic product to tide over the impact of Covid-19 led countrywide lockdown.

The industry body said the virus has severely crippled the national economy, and the lockdown has come at a huge economic cost.

It also called for providing businesses an immediate support to pay wages to its workers and avoid any job cuts.

The global economy, too, has taken a big hit, with experts stating that the mildest global pandemic can be expected to wipe out at least 1 per cent of the world’s GDP.

Comparing the current global health crisis with the Great Depression, experts warned that unemployment rates in some nations could reach those from the 1930s era, when the unemployment rate was as high as around 25 per cent in the US.

The chief of the International Monetary Fund (IMF) has suggested a possible downward revision of global economic forecasts, while warning the US and China against reigniting a trade war that could weaken a rebound from the COVID-19 pandemic.

During an online event hosted by the European University Institute, IMF’s managing director Kristalina Georgieva said that recent economic data for many countries was coming in below the fund’s earlier pessimistic forecast for a 3 per cent contraction in 2020.

Georgieva pointed out that with no immediate medical solutions such as vaccines, some economies might have to face more adverse situations.

She also said that reigniting global trade was crucial to ensuring a global economic recovery.  This would help in avoiding costs from going up and incomes from going down.

The IMF’s chief economist, Gita Gopinath, also said that the situation had deteriorated since March when the global agency predicted that emerging markets and developing nations would require $2.5 trillion in external financing to manage the health and economic crisis.