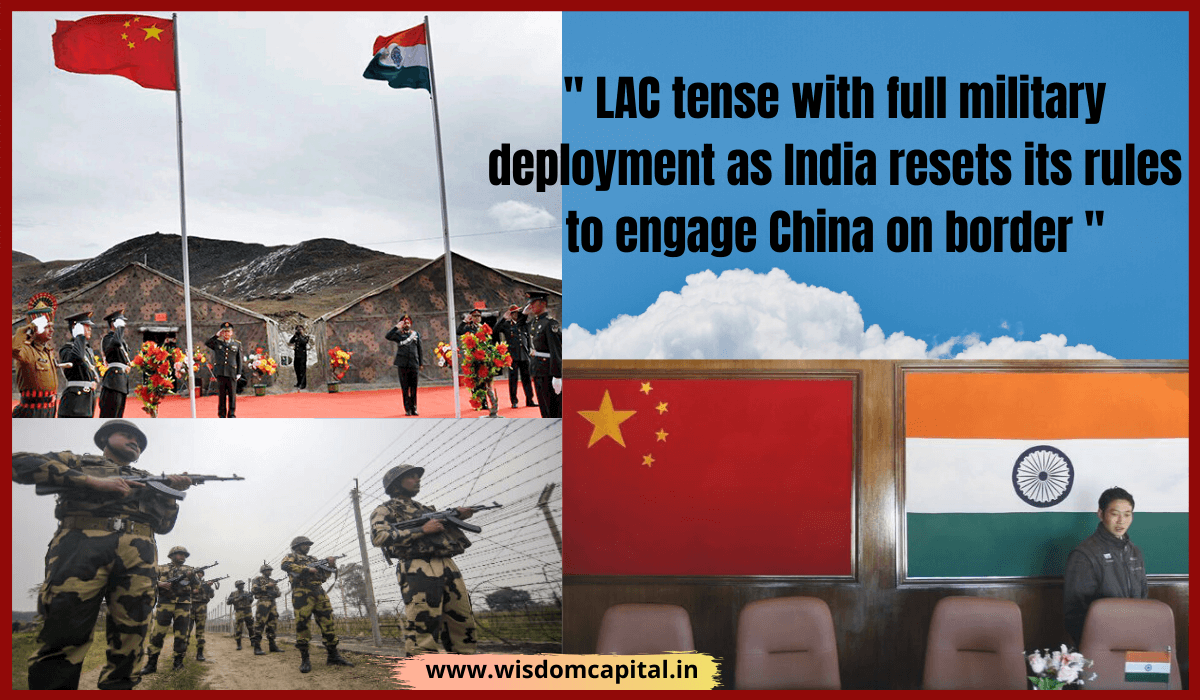 Though the situation has not escalated since the Galwan Valley clash of June 15, the 3,488km-long Line of Actual Control continues to remain tense, with both the Indian and Chinese armies fully deployed, air bases activated, and the navy on standby.

The Indian Army positions are also being beefed up in response to the Chinese People’s Liberation Army  build-up in the Xinjiang and Tibet regions, and the air forces of the two sides are keeping surveillance watch on each other, officials familiar with the developments said.

An official said on condition of anonymity that Indian military commanders have issued orders to use force if PLA troops cross the Galwan nullah to attack the Indian Patrol Post 14. The PLA has amassed troops across the nullah, and both sides are holding ground, he added.

Union Defence Minister Rajnath Singh on Sunday cleared the new tactical approach, which  includes staggered movement of patrols in key areas of the LAC, besides holding some high positions to give Indian troops an advantage, in a meeting he held with Chief of Defence Staff Bipin Rawat and the three service chiefs, said an official.

Under earlier rules of engagement – agreements signed in 1996 and 2005 – neither China nor India opens fire on the other. The two nations had also decided not to use blasting explosives or firearms within two kilometres of either side of the LAC.

Modifications to the decades-old rules come less than a week after a violent face-off in eastern Ladakh’s Galwan Valley, in which 20 Indian soldiers were killed.

According to army officials, a further 76 Indian troops were injured. None of them were critically injured and are expected back on duty in a week, the officials added.

The Chinese attacked the Indian forces with iron rods, nail-studded clubs and rocks wrapped in barbed wire in the fight near Patrol Point 14 – a vantage point in Indian territory that overlooks Chinese positions on their side of the LAC, the de-facto border between the two nations. The attack left 20 Indian soldiers dead.

Responding to the Indian Army resetting decades-old rules for using firearms, Hu Xijin, the Editor-in-Chief of the Chinese government’s mouthpiece Global Times tweeted that If (this is) true, then it is a serious violation of agreement, and India will pay a heavy price for any such action.

The Galwan Valley violence has also caused a political storm with Congress heavyweights Sonia Gandhi and Rahul Gandhi questioning the Narendra Modi government over possible intelligence failures in the build-up to the clash.

Mr Gandhi, who on Sunday morning called PM Modi “Surender Modi”, has since pointed to satellite images to claim that China had “captured Indian territory near Pangong Lake”.

New Delhi has blamed the violence on “an attempt by the Chinese side to unilaterally change the status quo there”, rebutting China’s claims that Indian soldiers crossed the LAC border.