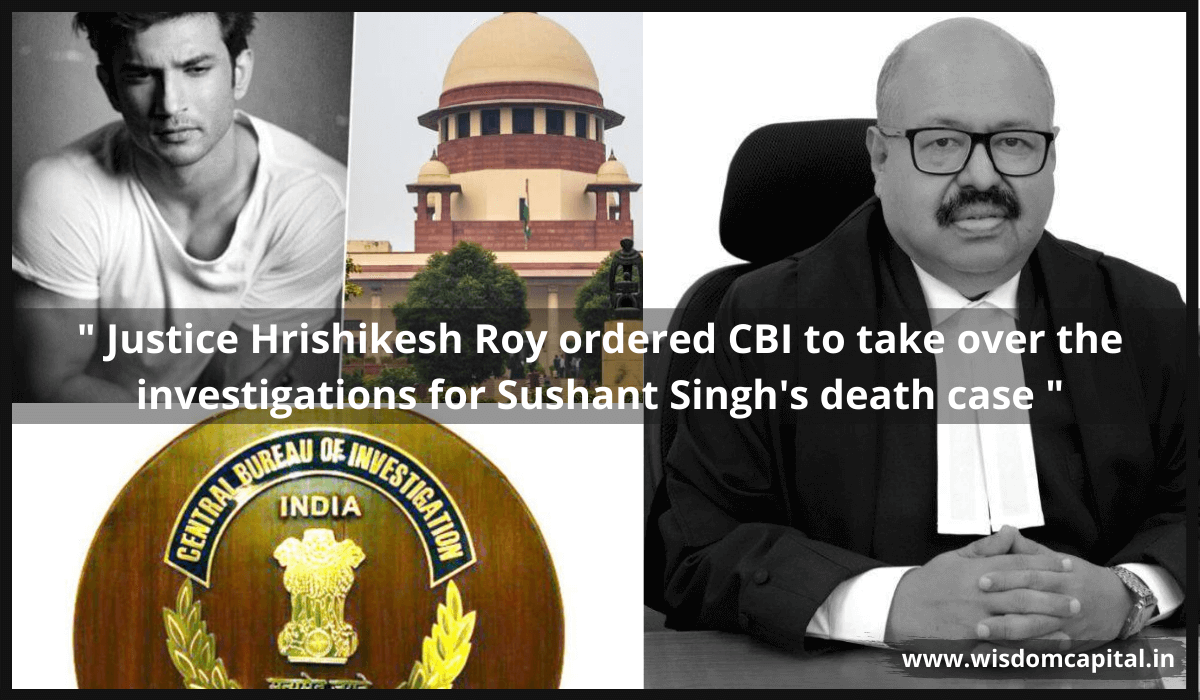 The highest judicial court of India on Wednesday ordered Central Bureau of Investigation (CBI) to take over the investigation of Sushant’s Singh death case. The renowned actor died on June 14. The Supreme Court of India also asked Maharashtra Police to assist the central agency to probe and provide all the evidence collected to the said agency. The court also upheld the FIR registered by Sushant’s father KK Singh in Patna.

Roy delivering the verdict said, “When truth meets sunshine, justice will not prevail on the living alone but after life’s fitful fever, now the departed will also sleep well. Satyameva Jayate.” Between the war of words of Maharashtra Police and Bihar Police, the court said that Mumbai Police also has jurisdiction in the case and can uphold its powers under Article 142 and also allow CBI’s probe further ensuring public confidence in the investigation and further provide complete justice in the matter.

The Supreme Court also added that CBI will probe all the other cases in lieu of Sushant Singh’s death case. It added, “The state of Maharashtra refused the option to challenge the order and that the jurisdiction of the Mumbai Police conducting probe under the Section 174 CrPC (enquire on suicide) is limited for a definite purpose but is not an investigation of a crime under Section 157 of the CrPC. If any other case is registered regarding Sushant’s death, the same shall be probed by CBI only.”

The apex court also ruled out all the wrongdoings registered under the name of Mumbai Police. It said, “Records of the case produced before it “does not prima facie suggest any wrongdoing by the Mumbai Police”. However, their obstruction to the Bihar police team at Mumbai could have been avoided since it gave rise to suspicion on the bonafide of their enquiry.”

The court also delivered the verdict on the plea filed by Rhea Chakraborty wherein the apex court asked to transfer it to Mumbai in regards to FIR filed in Patna in connection with the case. This action was in terms of FIR lodged in Patna by Sushant’s father accusing Rhea and five others of abetment to suicide, cheating, criminal breach of trust, criminal intimidation and wrongful confinement.