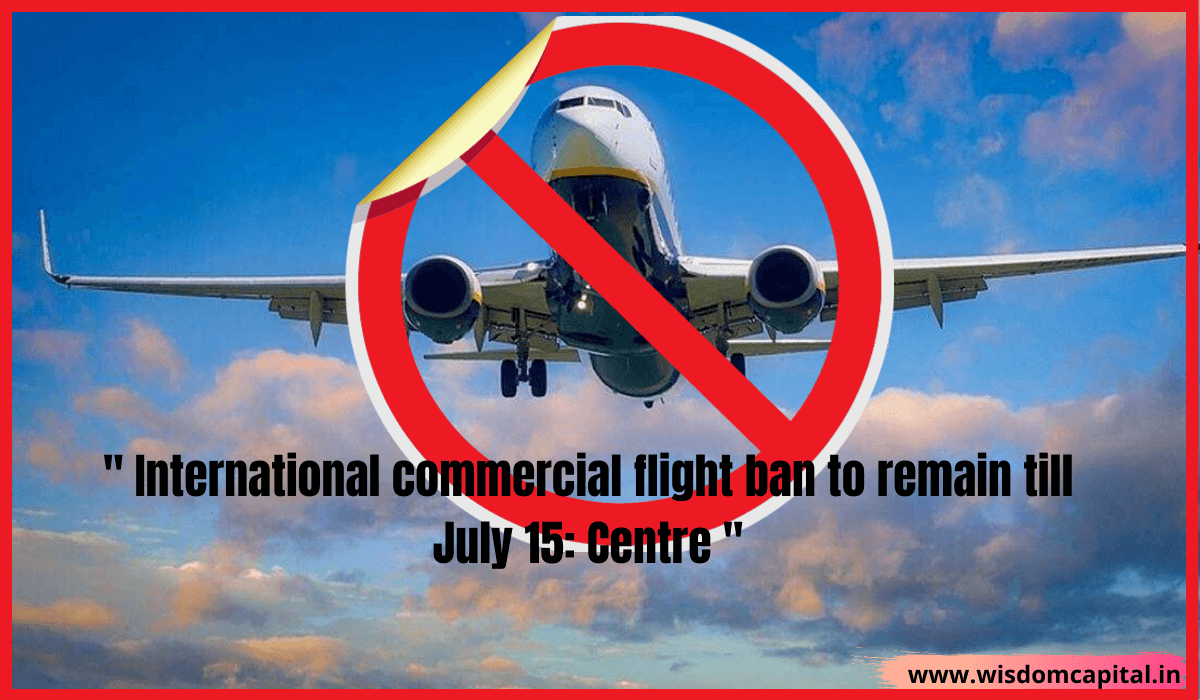 Commercial international flights to and from India shall stay suspended till July 15, civil aviation watchdog Director General of Civil Aviation (DGCA) announced today. The suspension will not apply to international cargo operations and flights specifically approved by the aviation regulator.

The DGCA circular read.”The competent authority has decided that scheduled international commercial passenger services to or from India shall remain suspended till 2359 hrs IST of July 15, 2020.”

The circular further stated that international scheduled flights may be allowed on selected routes by the competent authority on a case to case basis.

Union Minister of Civil Aviation Hardeep Singh Puri said last week that India will take a decision on resuming international passenger flights in July if the virus behaves in a predictable way and other nations are open to receiving flights. However, he had expressed hope that domestic flight services will be restored to their full capacity by the year end.

While explaining that many countries such as the US, the UK, France, China, UAE and Singapore had put conditions on allowing people in their jurisdictions including restrictions on entry of foreign nationals, he said that this had left India with little option but to keep the flights suspended.

National carrier Air India and other private domestic airlines have been operating unscheduled international repatriation flights under the central government’s Vande Bharat Mission, which commenced on May 7, to bring back Indians stranded in various countries due to the coronavirus lockdown..

More than 3.6 lakh Indians have returned home from foreign countries under the evacuation mission, the Union Ministry of External Affairs said on Thursday.

MEA spokesman Anurag Srivastava said that of the 5,13,047 Indians who have registered their request with Indian missions abroad for repatriation to India on compelling grounds, as of Thursday, 3,64,209 have returned under this Mission.

Over 84,000 Indians have returned through land border immigration checkpoints from Nepal, Bhutan and Bangladesh, he added.

The spokesman added that India is committed to bringing back the remaining compatriots particularly in the GCC countries, including Malaysia and Singapore among other places. In order to continue with our efforts, Phase IV of the mission is being firmed up with effect from July 3.

Meanwhile, after the US and France objected to Vande Bharat Mission in which it is the only carrier allowed in India for international services, the UAE too extended similar objections. According to media reports, the UAE has told Air India that it won’t allow Air India flights even if they are carrying UAE nationals from India. If anyone wishes to fly on a VBM flight from India to Dubai, then that individual will have to seek approval from the Embassy of the UAE in New Delhi, reports said.

Following this, Air India has sought Dubai’s permission to carry on with the ongoing mission as there is a huge demand on the India- UAE route.

Now the Centre is also looking to explore the possibility of having bilateral arrangements with countries to allow their carriers to operate flights from India.