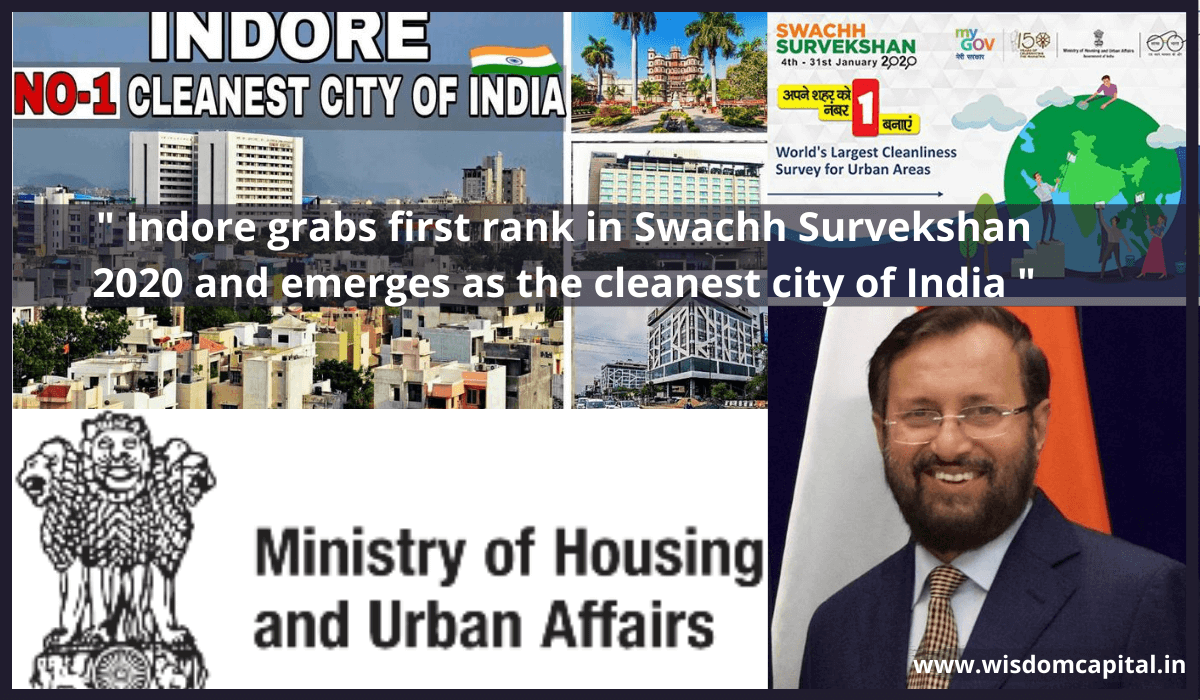 Indore wins the cleanest city title again in Swachh Survekshan 2020. For the fourth year in a row, Indore has been ranked the cleanest city in the country, according to the Swachh Survekshan 2020 report released by the Union Housing and Urban Affairs Ministry. In 2014 when the mission was launched, waste processing in India was at 18 per cent and today it has increased to 66 per cent.

Minister of Environment, Forest and Climate Change (MoEFCC) Prakash Javadekar through his twitter post said, “Indore has become the inspiration for the whole country by bagging the prestigious Swachh Sarvekshan award for the 4th time in a row”.

Among the cities with over one lakh population, Indore was ranked number one followed by Surat, Navi Mumbai, Ambikapur, Mysore, Vijayawada, Ahmedabad, New Delhi, Chandrapur and Khar. In smaller cities, with populations under one lakh, the top three cities are Karad, Saswad and Lonavala from Maharashtra.