India’s financial radar: Should US markets have all the focus? 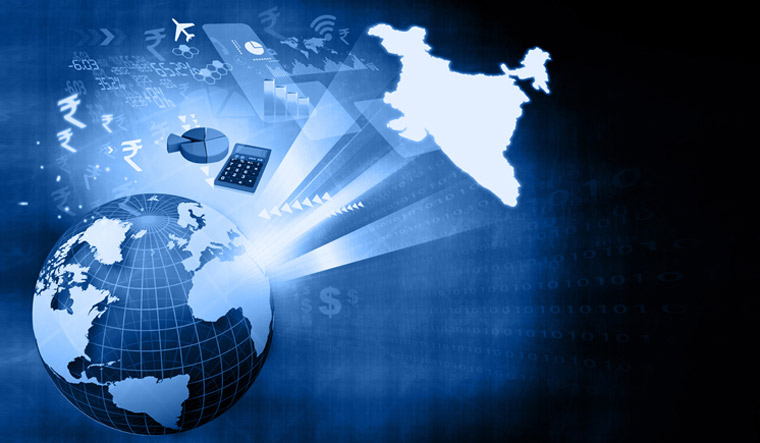 India’s financial radar: Should US markets have all the focus?

India’s stock markets are trading in line with the world markets, partly because investors are keeping a watchful eye on the timing and direction of the US Federal Reserve’s policy on tapering of asset purchases. While most eyes in India are on the US, there is trouble simmering elsewhere: China.

Evergrande Group, the 2nd largest Chinese real estate giant, has stated two days ago that its cashflow is under ‘acute pressure’ on account of the fact that it cannot service its massive accumulated debt of $300bn; Largely, because Evergrande has not been to sell properties and other assets fast enough.

The magnitude of the crisis is evident in the bond prices which have fallen to less than 75% of face value in some cases; trading was suspended for a few days amid wild price swings.

Evergrande is one of the most indebted companies in the world and its shares have tumbled by over 70% in 2021. Analysts fear “a risk of contagion” spreading through China’s overheated property sector and, eventually, the linked banking system which provided the funds during the high tide. Many years of borrowing by Evergrande to fund its rapid growth has resulted in the crisis.

Following the announcement, desperate protests were made by small investors and homebuyers at the company headquarters in Shenzhen and other offices; Homebuyers have been demanding their money back.

Although Evergrande has denied that it is filing for bankruptcy, its official statement leaves no doubt about its deteriorating cash flow situation. Evergrande also maintains in the media statement that two of its subsidiaries failed to fulfil its third party linked guarantee obligations and that could trigger a cross default. The company denies any restructuring plans in order to ease the current liquidity situation. Analysts, however, argue that bankruptcy seems to be the likely option.

Evergrande is too big to fail. Few analysts believe that a government–orchestrated move will ensure soft landing for the company. Is Evergrande the only company in China which is facing this situation? Media articles are far less focussed on the financial stress in the Chinese property markets; Evergrande seems to have stolen the limelight. Bloomberg recently ran a story which alluded to a Lehman moment for the Chinese group.

China is an established world’s second largest market. Any financial hiccup in the Chinese market will have consequences in the US and eventually in India. Chinese products flooding the Indian markets: Everyone in India has talked about it. Should the investors in India not be anxious about the situation in China?