India’s enemies have seen your fire and fury: PM Modi to troops in Ladakh 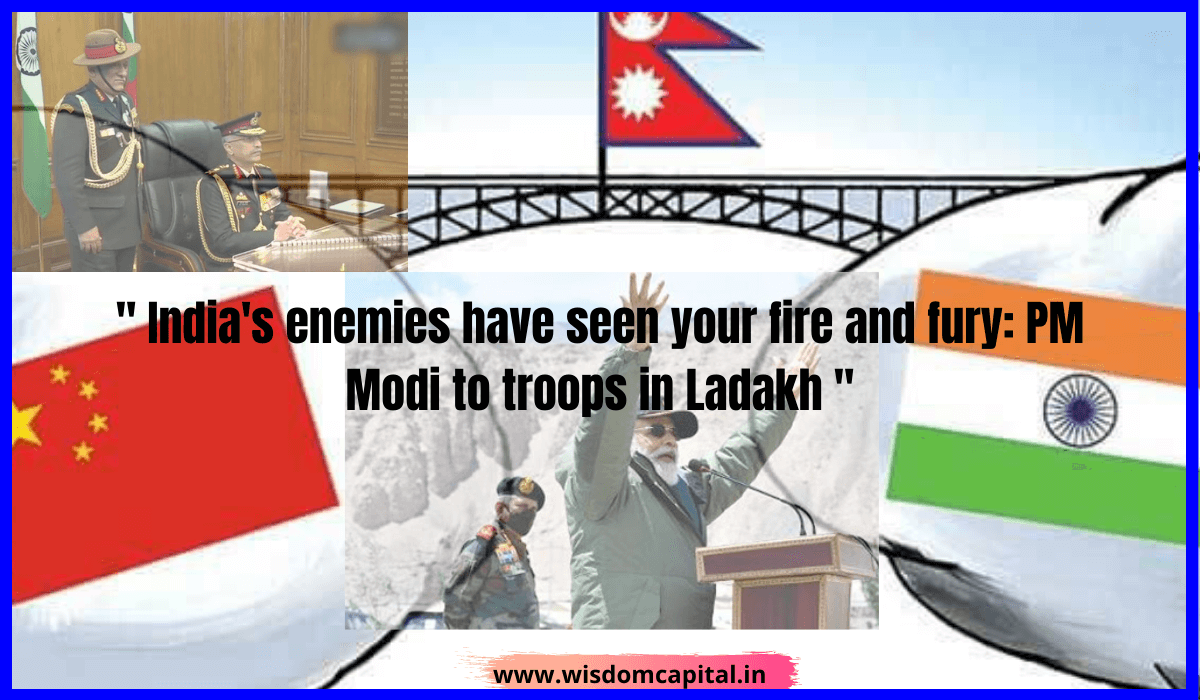 India’s enemies have seen your fire and fury: PM Modi to troops in Ladakh

Prime Minister Narendra Modi’s surprise visit to a military post in Ladakh on Friday is designed to deliver a clear and loud message to China. PM Modi told soldiers posted along the Line of Actual Control that the courage they had shown had sent a message to the entire world. Addressing soldiers deployed in Ladakh, PM Modi said tales about their valour will echo in every house across the country.

Addressing the troops in Nimmoo, Ladakh, PM Modi said that “the enemy has seen your fire and fury as well”. The prime minister’s address was telecast live from Ladakh to the country. PM Modi also referred to the violent clash between India and China at Galwan Valley on 15 June and paid his tributes to the 20 soldiers who laid down their lives.

Not mentioning China, the prime minister said that the age of expansionism is over, this is the age of development and history is witness that expansionist forces have either lost or were forced to turn back.

Your courage is higher than the heights where you are posted today, said PM Modi.

Modi’s visit served as a powerful statement against Chinese aggression at the  LAC since early May, when China moved in thousands of troops and artillery to disputed areas, including the strategic Galwan Valley.

Army Chief MM Naravane and Chief of Defence Staff General Bipin Rawat, accompanied the Modi to the sensitive region, which has been used as a staging post to build up troop numbers in the area.

Since the Galwan attack, Chinese and Indian military commanders have met multiple times for disengagement talks, but they appear to have reached a stalemate.

Meanwhile, after India banned 59 apps including TikTok citing a threat to national security and Modi’s visit to Ladakh, China said today that “artificial blocks” to bilateral cooperation would harm New Delhi’s interests and that the two nations should work together to uphold peace in their border area. In a news briefing, a spokesman for the Foreign Ministry in Beijing said that China will take necessary steps to uphold the rights of Chinese companies in India.

China has warned that India’s ban on China-linked apps amounts to a violation of World trade Organisation rules.

In a statement earlier this week, the Chinese embassy in New Delhi warned that the ban would ‘affect not only the employment of local Indian workers who support these apps, but also the interests of millions of  Indian users and the  livelihoods of many creators and entrepreneurs’

No international flights to, from India till July 31: DGCA

The Directorate General of Civil Aviation (DGCA)  today issued a revised circular and extended the ban on all international flights till July 31. The aviation regulator’s earlier order said the ban would be in place till July 15.

The decision comes even as capacity on domestic routes has been increased to 45 per cent from the earlier 33 per cent.

However, the DGCA may allow international flights on some selected routes during this period. “The international scheduled flights may be allowed on select routes on case-to-case basis,” said the DGCA.

On Monday, the Union Ministry of Home Affairs said that the international passenger flight services in the country will resume in a phased manner during ‘Unlock 2.0’.