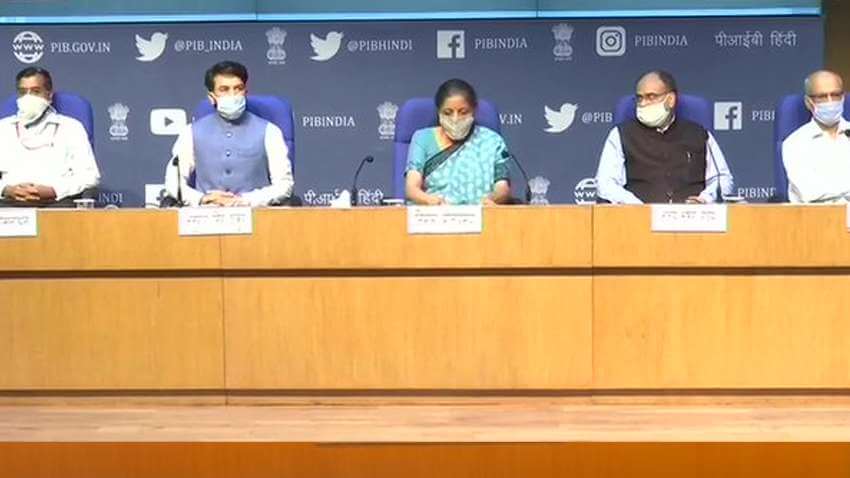 Announcing the first tranche of provisions , Sitharaman said that the initiative will enable 45 lakh MSME units to resume work and save jobs.

A subordinate debt provision of Rs 20,000 crore will be made available for 2 lakh MSMEs, which are non-performing assets (NPAs) or stressed MSMEs.

The government also changed the definition of MSMEs as part of the self-reliant India campaign in favour of MSMEs and will allow inclusion of more businesses into MSMEs so as to give its benefits to as many firms as possible.

Among other relief measures for the MSMEs, the government also disallowed global tenders for government procurement of up to Rs 200 crore to allow greater MSME participation.

.
Providing relief to tax payers, the FM said that the deadline for filing income tax returns for FY 2019-20 has been extended to November 30, 2020. She also announced a 25 per cent tax rebate for non-salaried specified payments and a similar rebate in tax collection at source for specified receipts  The tax rebate is expected to put ₹50,000 crores into taxpayers’ hands.

A much-awaited relief measure for cash-strapped, debt-ridden power distribution companies (Discoms) will see discoms get a liquidity infusion of Rs 90,000 crore — enough to help them pay off over 95 per cent of their current dues to power generation companies (Gencos).

Over the coming days, the Finance Minister will release more details about the stimulus measures being taken by the Modi government under the Rs 20 lakh crore package.

The Rs 20 lakh crore economic stimulus package includes Rs 1.7 lakh crore package of free foodgrains to poor and cash to poor women and elderly, announced in March as well as the Reserve Bank of India’s liquidity measures and interest rate cuts. While the March stimulus was at 0.8 per cent of the gross domestic product, RBI’s cut in interest rates and liquidity boosting measures totalled to 3.2 per cent of the GDP (nearly Rs 6.5 lakh crore).

Explaining the reason why sanctioned loans are not being released, the Finance Minister said that it is not the banks that are not disbursing loans, but many customers want to avail loans after the lockdown ends.

Meanwhile, the package is being touted as the fifth-most substantial in the world behind Japan (21.1 per cent) USA (13 per cent), Sweden (12 per cent) and Germany (10.7 per cent), according to a Forbes report, citing data by Ceyhun Elgin, an economics professor at Columbia University, who has been tracking the scale of responses to the pandemic in 166 different nations.