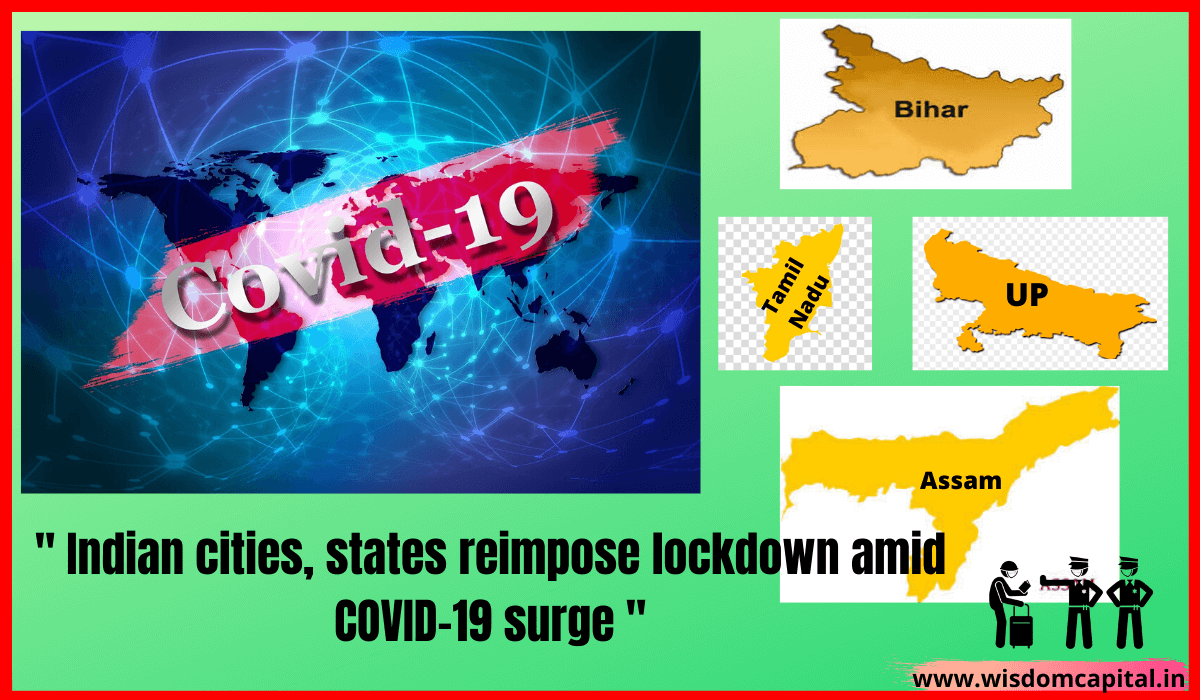 Several Indian states have imposed a partial lockdown in high-risk zones after rise in Covid-19 cases, with the country’s infections passing 900,000 just three days after crossing the 800,000 mark.

With fresh lockdowns, India joins a number of nations in reimposing localised lockdowns and other measures in the face of new outbreaks of the disease that has infected more than 13 million worldwide.

Bengaluru, home to more than 13 million, is the new hotspot and reimposed a seven-day lockdown at 8pm on Tuesday.

Tech companies – handling the back-office operations of dozens of global corporations – can continue operating, but with only 50 per cent staff allowed on premises at any one time.

Transport is prohibited except in emergencies, and only shops selling essential items are allowed to open.

Bihar, with a population of 125 million people and one of India’s poorest states, is under lockdown from today for 15 days, the local government announced following a record surge in cases.

Pune and other states, including Uttar Pradesh, Tamil Nadu and Assam, have also introduced new restrictions.

Meanwhile, as nations across Asia Pacific face the challenge of resurgences of the coronavirus, one data point is steering government responses: the number of cases with no clear indication of how infection occurred.

Such patients can’t be linked to other confirmed infections or existing outbreaks by virus responders, indicating hidden chains of transmission. A growing proportion of such cases in a city’s resurgence forces governments, like in Australia and Hong Kong, to take broad and blunt action, returning entire cities to lockdown-like conditions.

Yang Gonghuan, former deputy director general of China’s Center for Disease Control and Prevention said that one can hardly contain the outbreak because one has no idea where they will come out next, adding that when there’s more cases where the origins are unknown, it adds to the difficulty for containment.

On the contrary, a low share of infections of unknown origins means that officials can stay relatively relaxed, as in South Korea and Japan, even if total daily new cases reach the hundreds. These countries can take a targeted and nimble approach, closing down schools or workplaces where clusters are found, but allowing the rest of the population to live normally.

Hong Kong enjoyed three months of normal life before a surprise resurgence in July that looks to set to be its worst wave ever. Infections of “unknown origins” have jumped to half of all new local cases, indicating that they’re emerging from all corners. Hong Kong has reacted swiftly, putting in place its strictest-ever measures on the city of 7.5 million. Schools started summer break early while bars, gyms and beaches have been closed. Public gatherings are restricted to four people and those refusing to wear masks on public transport will be fined HK$5,000 or $645.

Melbourne is in the midst of a government-mandated six-week lockdown thanks to a new wave of coronavirus infections in Victoria state, 51 per cent of which are of unknown origins or still under investigation. The outbreak in the city of 5 million residents is spilling over to Sydney, raising fears that Australia’s largest city will be a fresh hot spot.