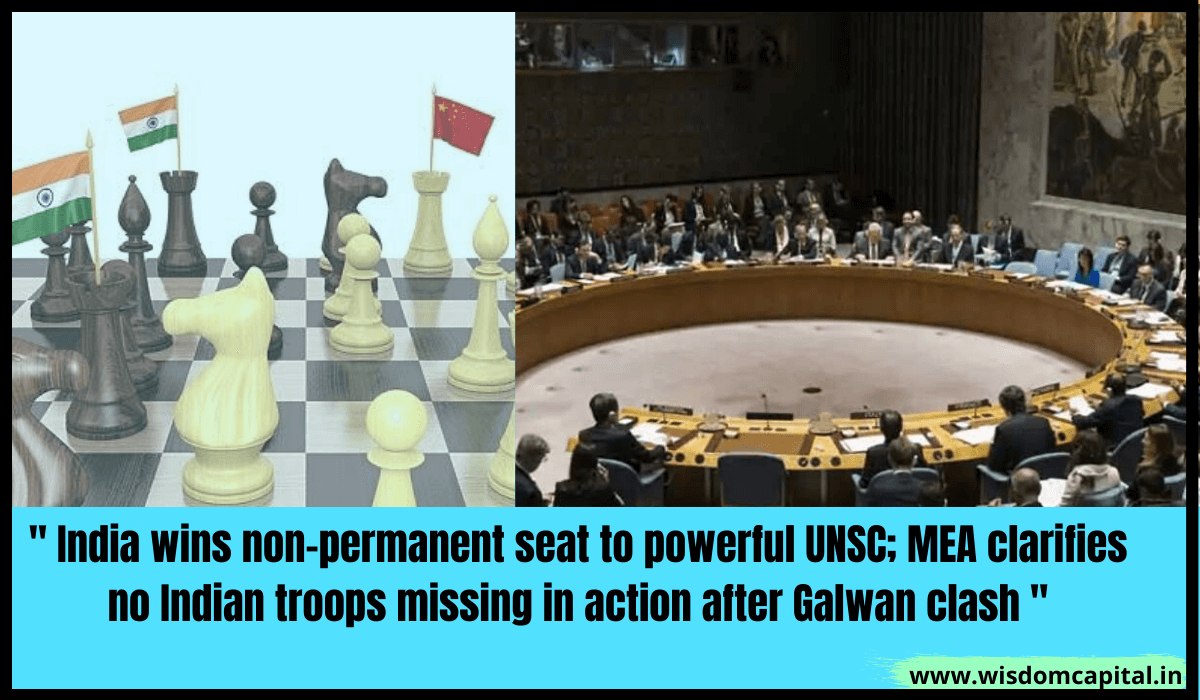 India was elected as a non-permanent member of the United Nations Security Council (UNSC) on Wednesday, with an overwhelming support, garnering 184 votes  in the 193-member General Assembly, for the term 2021-2022.

Hours after India was elected, Prime Minister Narendra Modi today said that he was deeply grateful for the overwhelming support and the country will work with all member nations to promote “global peace, security, resilience and equity.”

In a media briefing, Vikas Swarup, MEA Secretary (West) said that India was elected unopposed as India was the sole candidate for the Asia-Pacific seat. He added that this was made possible because Afghanistan had withdrawn in India’s favour in 2013, for which “we thank the government of Afghanistan”.

Swarup stated that the strong support of all the members shows the goodwill India enjoys in the United Nations, and the confidence the international community has reposed in India’s capability to contribute to the work of the Council.

India’s two-year term will begin on January 1, 2021 and this will be the eighth time the country will be serving on the Security Council.

Meanwhile, the Union Ministry of External Affairs today confirmed that no Indian Army personnel were missing in action following Monday’s night’s violent face-off with Chinese troops in the Galwan Valley in eastern Ladakh along the Line of Actual Control (LAC).

“It is clarified that no Indian troops are missing in action,” the Indian army said in a brief statement.

The statement came on a day when Indian and Chinese militaries held Major General-level talks for the third consecutive day to defuse mounting tensions between the border troops.

This was the seventh meeting since the current border dispute began and the third after the brutal Galwan Valley clash.

The announcement was made amid escalation of the border dispute with China triggered after Monday night’s face-off in Galwan Valley along the Line of Actual Control (LAC) that left 20 Indian soldiers dead. India is mulling economic measures, including restricting China’s access to its vast market.

The contract was for signalling and telecommunication work at the Kanpur-Deen Dayal Upadhyay 417 KM long stretch on the Eastern Dedicated Freight corridor. The project, which is funded by the World Bank, was worth Rs 471 crore, the Indian Railways said. According to officials,  the national carrier has also approached the World Bank seeking permission to end the contract.

“DFCCIL has decided to terminate it due to very poor performance of the company,” a railway ministry spokesperson said. However, the decision for the same was taken in April.

In its notice, DFCCIL said that even after four years, only 20 per cent of the work had been completed. In view of poor progress, it is decided by DFCCIL to terminate this contract, the notice added.