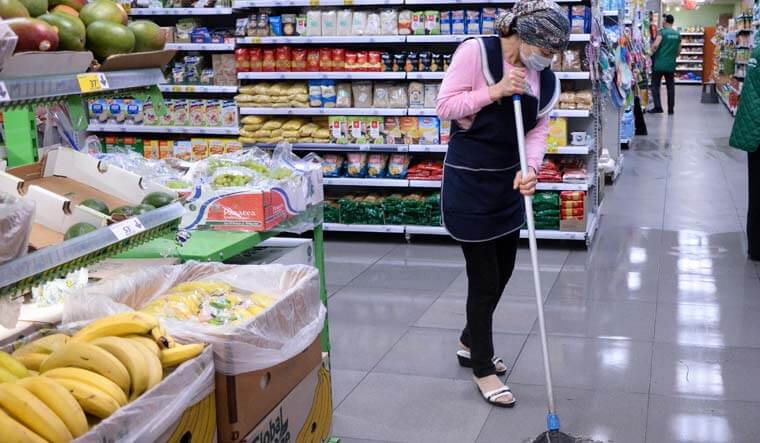 As the Covid-19 pandemic keeps Indian consumers at home and forces retail stores to down their shutters, signalling an unprecedented disruption of commerce, industry body Retailers Association of India (RAI) said that it would take at least 9-12 months for India’s retail industry to return to normal.

Indians aren’t buying much beyond food right now, and that’s devastating huge swaths of the retail industry, which is the second largest employer of the country, with small and medium-sized firms alone employing around 400-450 million and undertaking a monthly business of about $70 billion.

Consequently, jobs are at risk within these companies and their supply chains.

Experts say that stricter implementation of lockdown measures, imminent layoffs and plummeting confidence have compounded into an extraordinary and multifaceted shock to consumer spending.

In the fortnight, following the decision to lock down the nation, which came into force from March 25, the losses for the sector crossed $30 billion.  Now with the recent RAI forecasts for the sector in terms of cash inflows, the losses over nine months will be humongous and the recovery period of these losses can be over a decade for some businesses.

Pinakiranjan Mishra, lead, consumer products and retail, Ernst & Young, says that for a long time post-lockdown, consumer behaviour will be ‘reactive’ and they will buy only what is needed. After that, will we see a change in behaviour and that is when the sector will recover.

Retailers explain that the liquidity in the retail sector is driven by seasonal sales and collections, and with the fixed costs being stagnant and high, the seasonal inflow of cash is what keeps the retail companies afloat.

In order to cut costs, salary cuts are already taking place, but wage support is urgently required from the government. Without support from the finance ministry, business at large will be forced to look at major layoffs and downsizing.

Consumer spending accounts for about 58 per cent of the GDP (expected to be about $1.7 trillion even after the unexpected deceleration of the economy in Q4FY20).

That apart, consumer spending on automobiles in FY20 is estimated to be about $50-55 billion (with another $15-20 billion revenues from the commercial vehicles segment).

The 52 per cent component of private spending (about $875 billion) is on services, of which the largest components include education & coaching (about $125 billion), and healthcare (about $80 billion). While other components are expenditure on housing, telecom services, financial services and savings, food services, travel & leisure, and entertainment, etc.