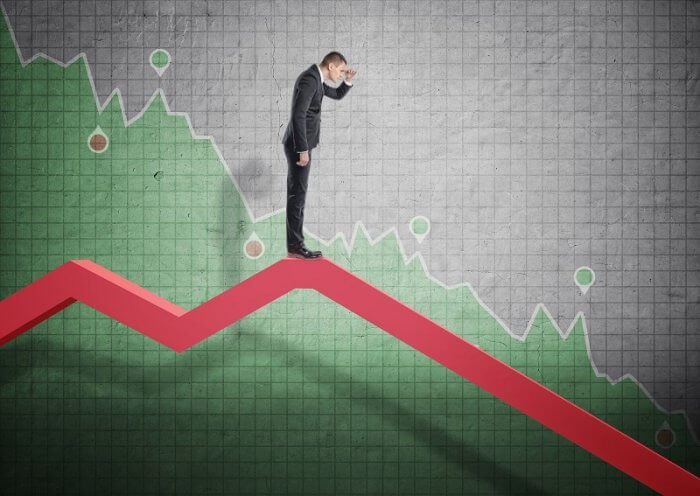 On Tuesday, even as the International Monetary Fund (IMF) downgraded  its FY21 growth forecast for India to 1.9 per cent from 5.8 per cent projected in January, investment bank Barclays pared its growth projection for India to 0 per cent for calendar year 2020 from its earlier forecast of 2.5 per cent, holding that the economic impact is set to be worse than it had expected earlier.

The forecasts came as Prime Minister Narendra Modi announced his decision to extend the ongoing nationwide lockdown till 3 May to combat the rising number of Covid-19 cases.

The nationwide lockdown is estimated to have wiped off Rs 7-8 lakh crore from the Indian economy, according to  Centrum Institutional Research – an investment banking and wealth management firm.

The Indian economy was already passing slowing down even before the pandemic forced a complete lockdown. Asserting that any possibility of a rapid recovery in the near future looks grim, Radhika Pandey, a fellow at the National Institute of Public Finance and Policy, or NIPFP, a research institute under the finance ministry said that the impact of Covid-19 that was initially felt as a supply shock due to disruption of imports from China, has now extended to a broad-based demand shock due to lockdown and social distancing.

According to IMF, the severe disruption of economic activities caused by the novel coronavirus, both through demand and supply shocks, has overtaken the incipient recovery in the Indian economy leading to massive job losses. The international body even expects FY20 growth at 4.2 per cent as against 5 per cent estimated by India’s statistics department.

Barclays has estimated the economic loss of the lockdown to be close to $234.4 billion than the previous estimate of $120 billion.

Barclays Research, which is produced by the Investment Bank of Barclays Bank PLC and its affiliates, in a report, stated the economic impact of the coronavirus pandemic looks set to be worse than it had anticipated earlier.

Barclays believes the shutdown of the economy and businesses is causing much more economic damage than anticipated.

The report stated that in particular, despite being characterised as essential sectors, the negative impact of the existing restrictions on movement on the mining, agriculture, manufacturing and utility sectors appears higher than expected.

Even as IMF predicted a strong recovery for global economy at 5.8 per cent in 2021, it said the recovery could be weaker than expected after the spread of Covid-19 has slowed, for a host of reasons including lingering uncertainty about contagion, confidence failing to improve, and establishment closures and structural shifts in firm and household behaviour, leading to more lasting disruptions in supply chains and weakness in aggregate demand.

While admitting that there is tremendous uncertainty around its global growth projection, IMF in its outlook said many nations face a multi-layered crisis comprising a health shock, domestic economic disruptions, sinking  external demand, capital flow reversals, and a fall in commodity prices.

However, IMF pointed out that these measures would most likely be more impactful once the outbreak fades and people are able to move about freely.