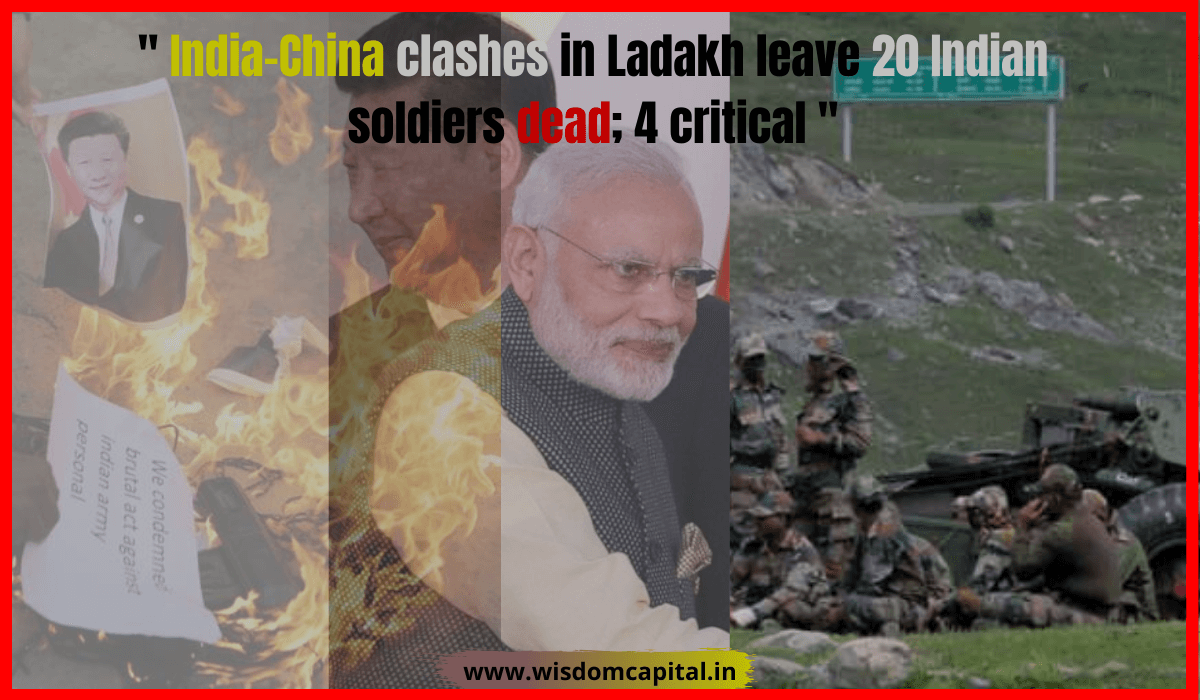 Twenty Indian soldiers died in a “violent face-off” with Chinese forces at Galwan Valley in Ladakh, an Army statement said on Tuesday, in the most deadly clash between the two countries along the border in atleast 45 years.

The Indian army said that both sides suffered casualties, however, there has been no confirmation on numbers from China yet.

The only confirmation of casualties on the Chinese side came from the editor of their government mouthpiece Global Times. Hu Xijin, Editor-in-Chief of Global Times, tweeted that based on what he knows, Chinese side also suffered casualties in the Galwan Valley physical clash.

News agency ANI reported quoting sources that 43 Chinese soldiers have died or are critically injured because of intercepts. The agency also reported today that four Indian soldiers are in critical condition.

India said China had tried to “unilaterally change the status quo”, while Beijing accused Indian troops of “attacking Chinese personnel”. China’s Foreign Ministry was quoted by Reuters as stating that India should not take unilateral actions or stir up trouble in the region.

India’s army said yesterday that senior military officials from both sides were meeting in a desperate bid to calm tensions.

Both  nuclear-armed Asian giants insist no bullet has been fired in four decades, and even the Indian army said on Tuesday that “no shots were fired” in this latest skirmish.

In May, dozens of Indian and Chinese troops exchanged physical blows on the border in the north-eastern state of Sikkim. And in 2017, the two nations clashed in the region after China tried to extend a border road through a disputed plateau.

Tensions have risen over a road built by India in Ladakh in what experts say is the most remote and vulnerable area along the Line of Actual Control (LAC) in Ladakh. And India’s decision to ramp up infrastructure seems to have infuriated China.

The road could aid New Delhi’s capability to move troops and materiel rapidly in case of a conflict.

Meanwhile, the Congress party said there can be no compromise with India’s security and territorial integrity, while the CPI(M) called on the Narendra Modi government to explain what happened in eastern Ladakh’s Galwan Valley, and said that high-level talks should be initiated between the two countries to defuse the tension.

The CPI, in a separate statement, said that any military confrontation between the India and China not only impacts the cooperation and friendship between the two nations but also can impact the peace and stability in the Asia-Pacific region.

Meanwhile, a US State Department spokesperson said that the United States is closely monitoring the situation between India and Chinese forces along the LAC. Both India and China have expressed a desire to de-escalate, and the US supports a peaceful resolution of the current situation, the spokesperson added.

Expressing concern over reports of clashes and deaths at the LAC between India and China, United Nations chief Antonio Guterres has urged both the countries to exercise “maximum restraint,” his spokesperson said yesterday.