India braces for the strongest cyclonic storm in COVID-19 times 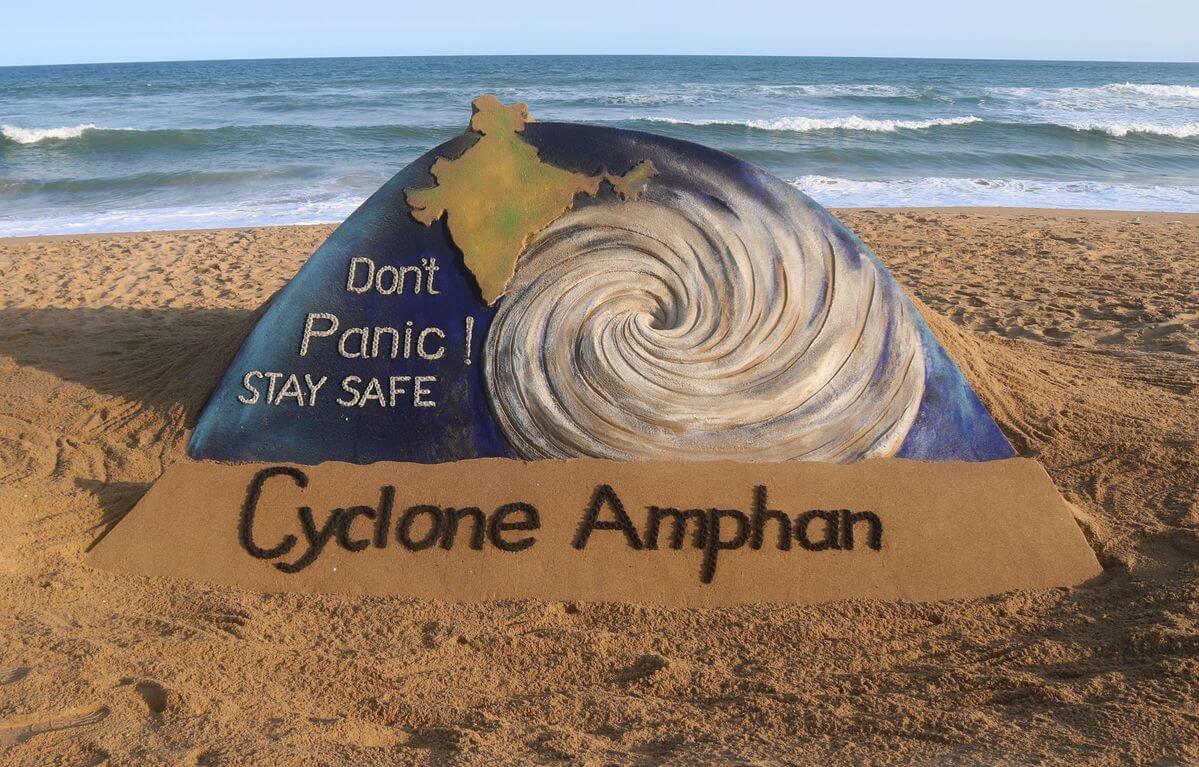 India braces for the strongest cyclonic storm in COVID-19 times

With India already struggling with the COVID-19 pandemic, authorities now also have to stage mass evacuations from the path of a potentially devastating and deadly cyclonic storm – Amphan – bearing down on millions of people in the states of West Bengal and Odisha.

Amphan will make the landfall in a few hours today, close to Sundarbans between Digha in West Bengal and Hatiya Islands in Bangladesh.

Addressing a press conference on Tuesday, SN Pradhan, Director General of the National Disaster Response Force (NDRF)  said that Amphan is in the category of ‘extremely severe’ cyclonic storm.

Stating that it is for the first time that the NDRF is facing a dual challenge of cyclone in the time of Covid-19, Pradhan said that having to deal with a super cyclone of this intensity at a time when the nation is grappling with the coronavirus pandemic is a big challenge.

The Indian meteorological department forecast a storm surge  as high as a two-storey house that could swamp mud dwellings along the coast, cause extensive damage to structures, houses and trees, uproot communication towers and electric poles,  and inundate roads and rail tracks.

Mrutyunjay Mohapatra, director general of the, India Meteorological Department, said that Amphan is the most intense and the first super cyclone since the 1999 Odisha cyclone, with winds gusting up to 185km/h (115mph) – the equivalent of a category five hurricane..

Speaking about preparedness, Pradhan added that there are 21 teams of the NDRF in West Bengal and 20 in Odisha.

According to a Union Ministry of Home Affairs statement, the Indian Coast Guard and the Navy have deployed ships and helicopters for relief and rescue operations. Army and Air Force units are also on standby in both states.

Extra shelter space is being used to reduce crowding, , while masks are also being distributed.

Pradhan said that cyclone rehabilitation centres that house 1,000 people can now only hold 400 or 500 people.

Rescue efforts have been hampered by the need to follow strict precautions to prevent the spread of the coronavirus pandemic and officials are struggling to find shelters for evacuees. In Odisha, for instance, 250 of the more than 800 existing shelters are being used as coronavirus quarantine centres.

Sustainable Environment and Ecological Development Society (SEEDS), Co-founder, Anshu Sharma, said that while the usual space requirement for housing disaster-impacted families is at the rate of is 3.5 square metres per person, in COVID-19 times it has increased to 5 square metres to ensure social distancing norms are followed.

When accounted for millions of people, this space requirement becomes huge, she said.

Sharma further stated that there are existing quarantine centres and isolation facilities in the path of Amphan, and protection measures need to be taken to keep them safe during the cyclone as well as to ensure that the disease does not spread.