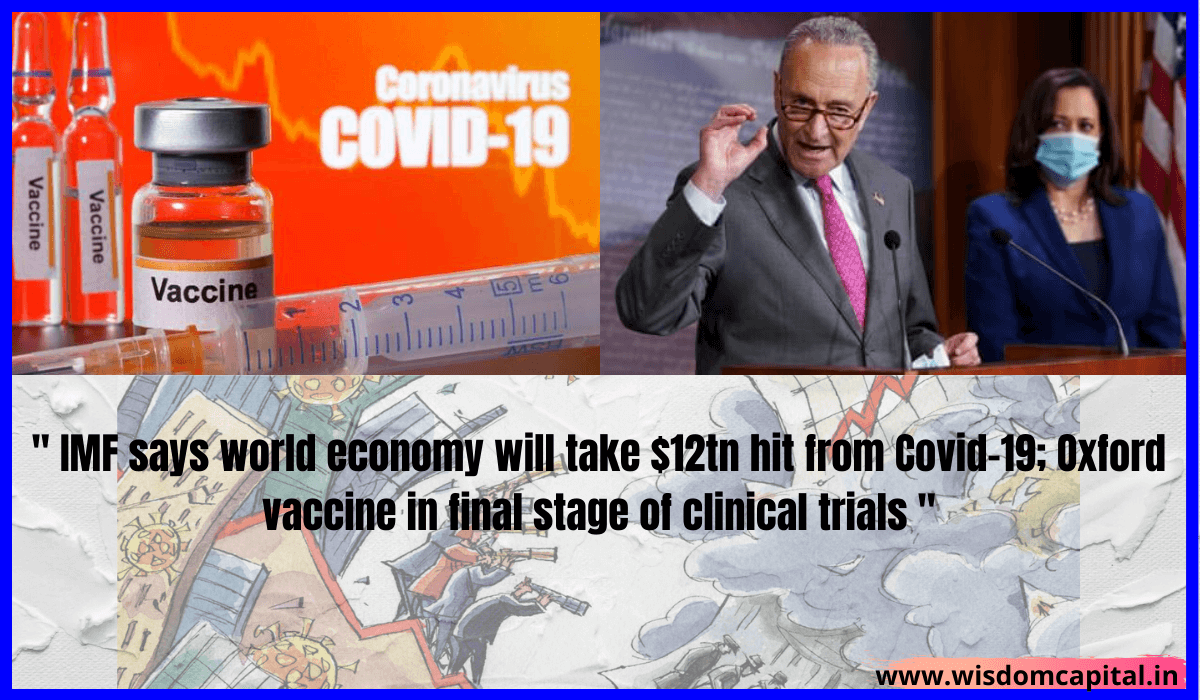 The International Monetary Fund (IMF) has said the global economy will take a $12 trillion hit from the Covid-19 pandemic, which has infected 9.4 million and killed 480,000 globally since late December, after downgrading its already gloomy growth forecast for developed countries in 2020.

The Washington-based IMF said it would take two years for world output to return to levels at the end of 2019 and warned that governments should be cautious about removing financial support to their fragile economies.

In an update to projections published in April, IMF said it now expected the global economy to contract by 4.9 per cent this year, compared with a 3 per cent drop expected in the spring.

The IMF said the coronavirus pandemic had been more negative for activity in the first half of this year than expected, and recovery was also forecast to be slower. Global growth is projected to be 5.4 per cent in 2021, down from 5.8 per cent in April, but would plummet to zero in the event of a second wave of the pandemic early 2021.

IMF’s economic counsellor Gita Gopinath said that the Covid-19 pandemic pushed economies into a Great Lockdown, which helped contain the deadly virus and save lives but also triggered the worst recession since the Great Depression. She noted that the fall in output this year would be half as bad as the 10 per cent drop in the early 1930s, and said there would be a decline in living standards for 95 per cent of countries in 2020.

The updated World Economic Outlook said the shutdown had dealt a “catastrophic hit” to the global labour market, adding that rising share prices were out of kilter with the deepest recession of the postwar era.

The almost 5 per cent decline in global output this year would be much deeper than the drop of 0.1 per cent recorded in 2009, after the near meltdown of the global banking system the previous autumn. The IMF had already envisaged this year as the worst for global growth since the Great Depression of the 1930s.

The IMF advised all nations – including those that appeared to have passed the coronavirus infection peaks – to ensure their healthcare infrastructures were adequately resourced and called on developed countries to ensure that underdeveloped nations had access to adequate, affordable doses of vaccines when they became available.

With the global fight against the pandemic intensifying with medical experts and drugmakers from across the world ramping up effort to arrive at the potential coronavirus vaccine, the University of Oxford and AstraZeneca Plc.’s experimental vaccine is the first to be in the final stages of clinical trials to assess how well it works in protecting people from becoming infected by the virus.

The vaccine, which has been licenced to AstraZeneca, will be given to 10,260 adults and children in the next stage in the United Kingdom. The vaccine is also being trialled in South Africa and Brazil, with the Serum Institute of India (SII) investing $100 mn to mass-produce one billion doses for India and other low-and-middle-income nations.

The vaccine is prepared from the ChAdOx1 virus, which is a weakened version of a common cold virus (adenovirus) that causes infections in chimpanzees; it has been genetically changed so it can’t cause infection in humans.Attachments area