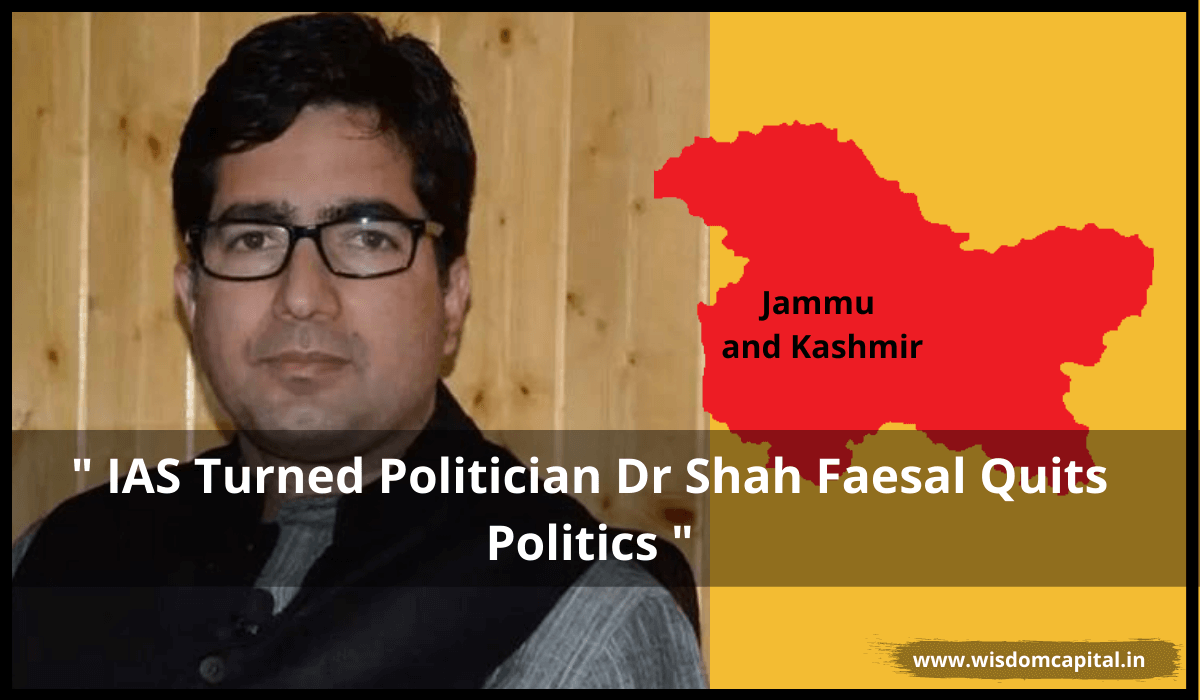 Dr Shah Faesal, a Jammu and Kashmir’s bureaucrat turned politician quit politics on Tuesday after resigning from the Jammu and Kashmir People’s Movement, the party he founded the previous year post quitting the civil services. He was the first Kashmiri to top the Civil Services Examination in 2009. The party said in a statement today that, “Dr Shah Faesal informed State Executive Members that he is not in a position to continue with political activities and wants to be freed from the responsibilities of the organization.”

Since the resignation of Shah Faesal has not been accepted by the government therefore there are speculations doing the rounds that he might return to civil services as the non-acceptance of his resignation has kept the door open for his return to the old job.

In a statement from a senior official in the government (hiding the real name) said, “The door is open for him”. However, he will first have to withdraw his resignation, the official said. It is also being speculated that he might take up the course he has been offered after being selected as an Edward Mason Fellow at Harvard Kennedy School in June 2018. He was supposed to rejoin the government service post a year later.

On Sunday night, he removed the tag of President JKPM from his twitter bio and by Monday evening, he deleted all his earlier tweets which were mainly related to the last 18 months of the government.

Faesal told the reporters,” As a member of IAS, I have been a stakeholder in the future of this nation. I can’t imagine why some people would be anti-India. I can’t be seen as a traitor to a nation that has given me everything in life. I want to move on and start afresh. In whatsoever position that is.”

When asked if Dr Shah Faesal would be able to rejoin duty, the official said that he needs to first submit his explanation on the charges put against him post which the decision of accepting or rejecting his resignation would be taken.