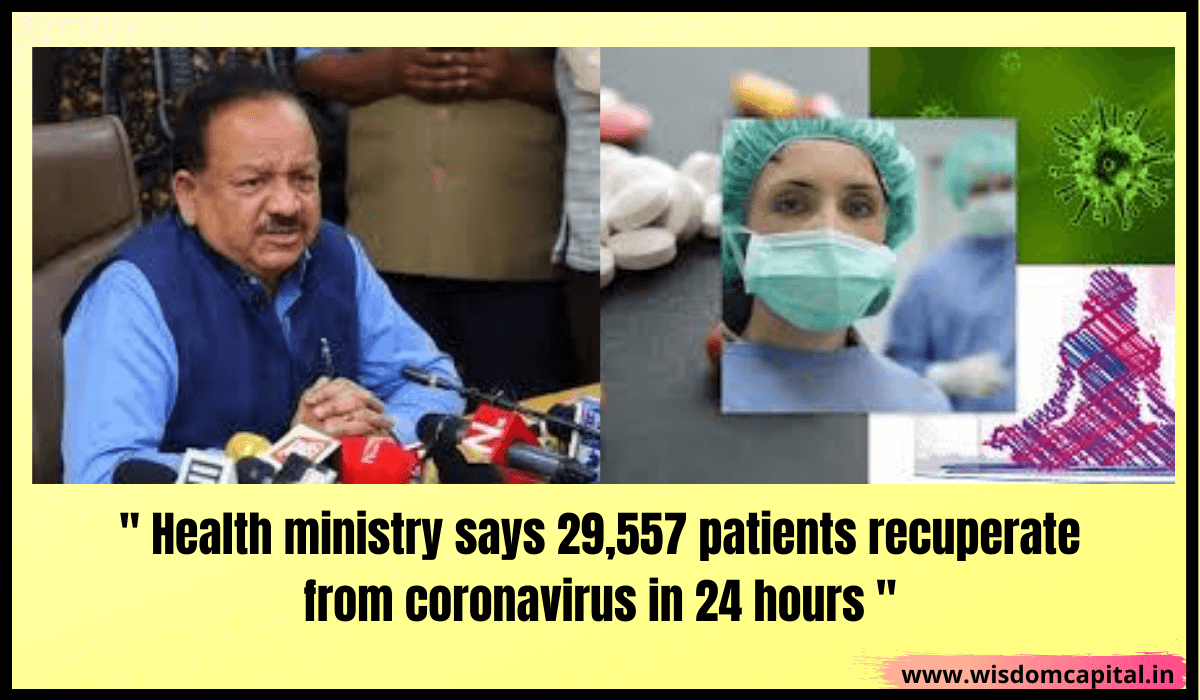 As many as 29,557 coronavirus patients have recovered in the past 24 hours, the highest recorded in a day so far, taking the recovery rate to 63.18 per cent, the Union Ministry of Health and Family Welfare announced on Wednesday. According to data updated at 8 am, total recoveries have jumped to 7,82,606 and exceeded the active cases of coronavirus by 3,56,439 as on date.

The number of tests for detection of Covid-19 has also passed the 15-million mark as the number of cases rose to 12,38,635 on Thursday.

A total of 1,50,75,369 samples have been tested up to July 22 with 3,50,823 samples being tested on Wednesday, the country’s top health body, Indian Council of Medical Research (ICMR), officials said.

Scientist and media coordinator at ICMR Lokesh Sharma said that one million tests were done in three days till Wednesday. The testing capacity has been increased to around 4 lakh per day.

These are guided by the teams of domain experts in the Union Ministry of Health such as the Joint Monitoring Group (JMG) and ably complemented by the technical experts at AIIMS-New Delhi, centres of excellence in various states and UTs, ICMR and the National Centre for Disease Control (NCDC).

In a tragic turn of events, a government doctor in Karnataka who was turned away by three private hospitals because he could not produce a Covid-19 test result died today in Bengaluru. Dr Manjunath, who was a frontline COVID-19 doctor, was allegedly turned away by hospitals when he was extremely ill and struggling to breathe.

Dr Manjunath worked in the state Health and Family Welfare department and was based in Ramanagara district, around 50 km from the capital city

D Randeep, a Special Officer with the Bengaluru municipal body Bruhat Bengaluru Mahanagara Palike, told reporters that the hospitals that had refused to admit Dr Manjunath would be reported to the health department.

As many as 60 Air India pilots operating repatriation flights to bring back Indians stranded abroad have tested positive for Covid-19, the national carrier has said in a letter to the government.

The Vande Bharat mission to repatriate Indians came “with a heavy price to pay for those on the frontline. As of date, at least 60 plus Pilots have been tested coronavirus positive,” senior-most pilots of the airline have written in the letter addressed to Civil Aviation Minister Hardeep Puri.

“This has had a ‘devastating effect’ on their family members,” said the letter, protesting the Centre’s decision to drastically cut pilots’ salaries.

The government decision to cut the salary of pilots by up to 75 per cent is “discriminatory, disproportionate and arbitrary and could have a disastrous psychological impact which could trigger ‘desperate and extreme acts,’ as has been repeatedly proven many times in the past,” warned the senior pilots.