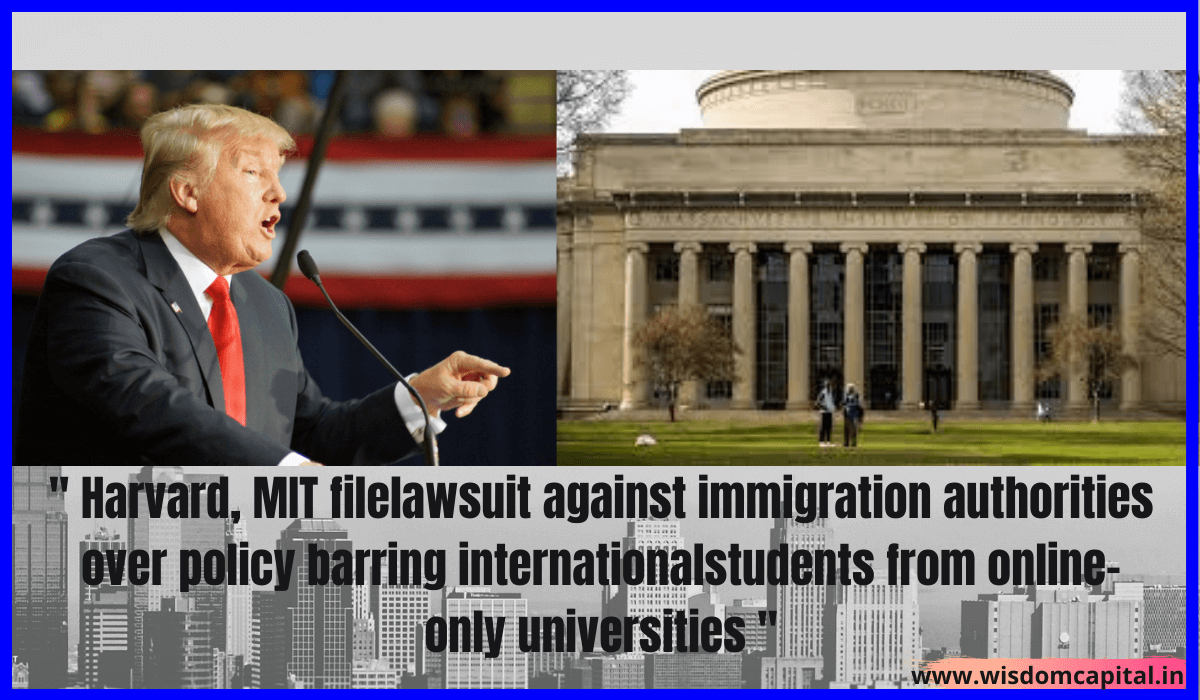 Harvard University and the Massachusetts Institute of Technology (MIT) on Wednesday  filed a lawsuit against the Trump administration over its directive to strip international college students of their US visas and deport them if their courses go entirely online because of the coronavirus pandemic.

In the lawsuit filed at the US District Court in Boston, the universities seek a temporary restraining order and preliminary and permanent injunctive relief to bar the U.S. Department of Homeland Security (DHS) and Immigration and Customs Enforcement (ICE) from enforcing federal guidelines barring international students attending colleges and universities offering only online courses from staying in the United States.

A temporary restraining order will put the Immigration and Customs Enforcement policy on hold for two weeks. In court papers, the universities said they depend on the Department of Homeland Security’s order from March that allowed foreign students in the country to remain and to allow new students to arrive this fall.

The controversial government order said foreign students pursuing degrees in the country would have to leave the US or risk deportation if their universities switched to online-only classes in the fall semester.

A press statement issued by the Immigration and Customs Enforcement (ICE) read that the US Department of State would not issue visas to students in schools or programmes that are completely online for the fall semester nor would the US Customs and Border Protection allow the students to come into the US. The department suggested that students consider other measures like transferring to schools with in-person instruction.

The guidelines were issued just hours after Harvard University announced it would house no more than 40 per cent of undergraduates and would hold all College classes online in the fall.

In an email to affiliates,  University President Lawrence S. Bacow wrote that they will continue to  pursue this case aggressively so that international students at institutions across the country can continue their degrees without the threat of deportation.

Following the move by the immigration authorities, Massachusetts Attorney General Maura Healey said  that her office “will sue” over the guidelines, which she termed as “cruel” and “illegal.”

Bacow and Harvard University’s case argues that the policy violated the Administrative Procedure Act as it failed to consider “important aspects of the problem” in advance of its announcement. This failed to provide a reasonable basis for the policy, and failing to adequately notify the public.