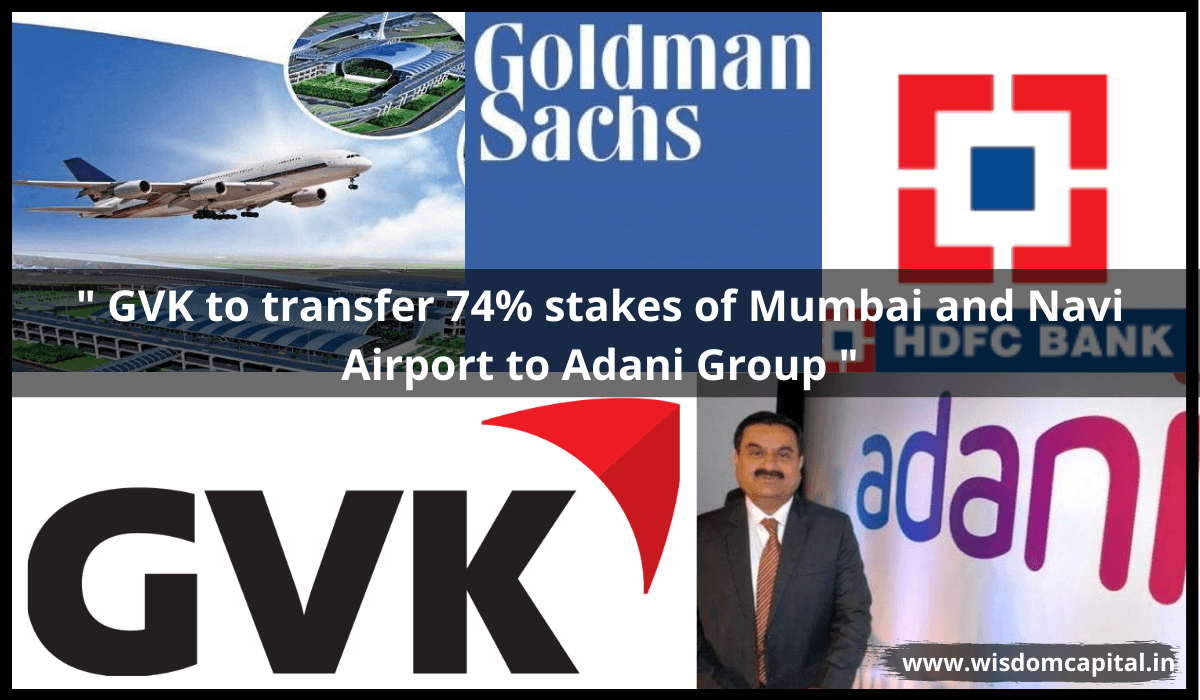 In a recent announcement by GVK Power and Infrastructure, Adani Group will take over the company’s debt and will control the Mumbai Airport and Navi Mumbai airport. The terms of transfer will precisely include acquisition of debt by Adani including GVK’s lenders Goldmann Sachs and HDFC. This will enable GVK release of its several obligations with respect to debt and corporate guarantees.

According to sources, Adani Group will now have around 74 per cent stakes in Mumbai and Navi Mumbai Airport. Due to Covid-19 led dismal business, it had to buckle itself under the pressure. The reports also apprise on the infusion of fresh funds into the Mumbai International Airport (MIAL) and further support the financial closure of the Navi Mumbai Airport project. However, there hasn’t been any specific amount that has been quoted as of now.

GVK Reddy, Chairman of GVK Group said, “The aviation industry has been severely impacted by Covid-19, setting back by many years and has impacted the financials of Mumbai International Airport. Reddy further added that it was important for the company to bring in a financially strong investor in the shortest possible time to further improve the financial position of MIAL. This step will also help achieve the financial closure of the Navi Mumbai International Airport project, stated Reddy.

“It is under these circumstances that we agreed to cooperate with Adani so to achieve these twin objectives. Further Reddy said that when the transaction is implemented, which is subject to customary approvals, we would be decreasing a significant portion of liabilities to our lenders which is of utmost importance to the group.

In a statement issued by GVK, it stated that the infrastructure conglomerate has notified Abu Dhabi Investment Authority, National Investment and Infrastructure  Fund and PSP regarding the transaction documents which stand terminated and are no longer effective and implementable. This was due to the terms of the transaction envisaged in the ‘transaction documents’ were not implementable and the alternative proposals discussed would not provide a resolution to the lenders of ADL by the end of the August, which was a requirement of the lenders, the company said in a statement.