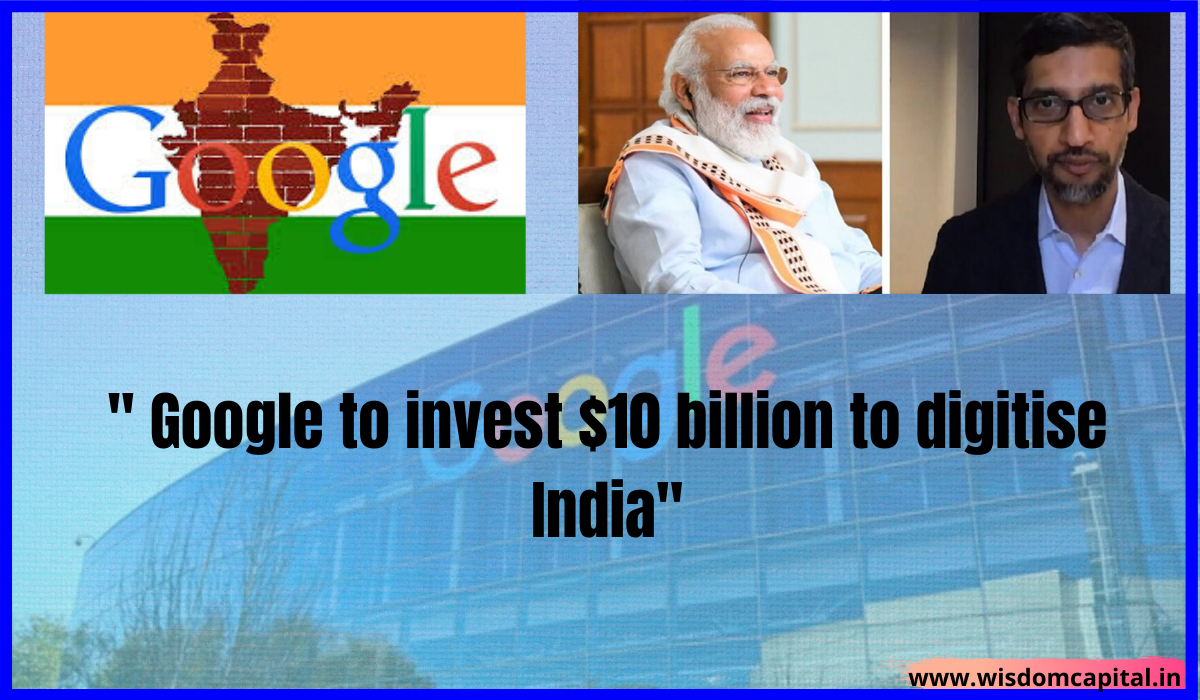 Google CEO Sundar Pichai on today announced that the company would be investing nearly $10 billion into developing infrastructure and funding digital innovation in India over the next five to seven years.

While unveiling Google for India Digitization Fund through which the company will be making the investments in the country, Pichai said that the company will do this through a blend of equity investments, partnerships, and operational, infrastructure and ecosystem investments. “This is a reflection of our confidence in the future of India and its digital economy,” he said via video conference at the sixth edition of Google for India conducted in collaboration with the Ministry of Electronic and Information Technology.

A host of measures to be undertaken by the tech giant such as expanding the scope of digital payments using Google Pay and developing low cost smartphones to transition feature phone users into smartphone users were also announced at the event.

Firstly, to enable affordable access and information for every Indian in their own language, whether it’s Hindi, Tamil, Bengali, or any other

Secondly, to build new products and services that are deeply relevant to India’s unique needs

Thirdly, to empower businesses as they continue or embark on their digital transformation

Fourthly, to leverage technology and AI for social good, in areas like health, education, and agriculture

Before Pichai made the announcements, he also had a video-conference with Prime Minister Narendra Modi to discuss Google’s ideas for the country’s digital future.

PM Modi said that the two spoke on a wide range of subjects, particularly leveraging the power of technology to transform the lives of India’s farmers, youngsters and entrepreneurs. Modi added that they had also discussed “the new work culture that is emerging in the times of Covid-19”.

India is a key overseas market for Google, where a range of its products and services including Search, YouTube, and Android have made inroads with much of the country’s online population. And over 500 million people in India, the world’s second most populous nation with 1.3 billion people, are online today and more than 450 million smartphones are in active usage in the country.

Pichai said that there’s still more work to do in order to make the internet affordable and useful for a billion Indians…from improving voice input and computing for all of India’s languages, to inspiring and supporting a whole new generation of entrepreneurs.

The American tech giant’s announcement today also comes at a time when India appears to be closing its door for Chinese firms. New Delhi last month banned 59 apps and services developed by Chinese firms, including ByteDance’s Tencent, Alibaba Group’s UC Browser, and Tencent’s WeChat. Some industry players believe that this ban would help American tech giants further expand their reach across India as they would face less competition.

Earlier in April, Facebook, which rivals with Google and Amazon in India, made a $5.7 billion investment in Reliance Jio Platforms, the top telecom operator in the country to digitize 60 million mom and pop stores across the nation.