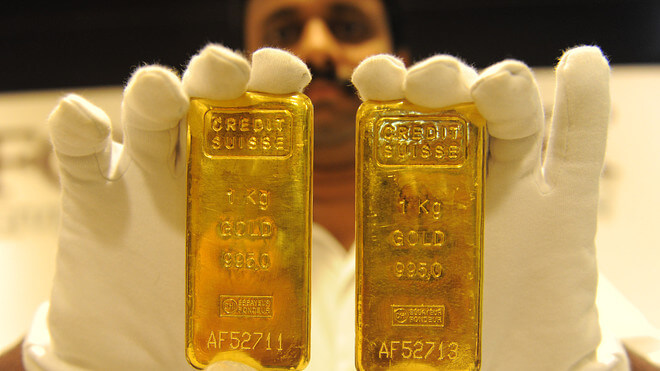 Get ready for a record-breaking rally in gold prices as a massive bull market is building for the world’s oldest safe haven. The price of the yellow metal is fast approaching its all-time high after recapturing all losses it made during the broad market meltdown in the month.

In the month of March, the gold rally did pause, with gold prices experiencing major volatility alongside plummeting stock markets, as Covid-19 spread rapidly across continents.

On April 14, gold prices rose to a more than seven-year high as spot gold gained 0.6 per cent to $1,724.72 an ounce, due to concerns over the global GDP anticipated to shrink by 3 per cent this year due to the virus outbreak, in the worst downturn since the Great Depression of the 1930s, and as a wave of fiscal and monetary measures steered investors towards precious metals and away from assets denominated in paper currencies.

Recent economic data from the US highlighted fears that damage to the global economy from the Covid-19 pandemic will be deep and long-drawn. US retail sales dipped 8.7 per cent in March, their worst monthly decline on record in the data available from the Census Bureau, which dates back to 1992. Similarly, consumer spending and manufacturing activities also slumped to decade-low levels.

As governments scramble to support the economic blow caused by the extended shutdowns, central banks across the world have initiated several stimulus packages.  The central banks’ economic easing measures have historically led to a rush among investors into the safety of gold.

And this is no different as investors are already seeing unprecedented premiums for bullion gold and silver coins.

The dollar normally has an inverse relationship with gold . US dollar has lost considerably from its recent highs in March. As gold prices are traditionally priced in dollars, a decline in the dollar will see gold rising higher.

An AllStarCharts report reveals that as long as the dollar price of the metal remains above the range of $1560-1600 then it should continue to climb higher.

Meanwhile, despite Indian economy being under shutdown, gold futures gained more than 22 per cent from its recent low and hit fresh record highs. Though the nationwide lockdown has impacted the physical market activities, a sharp rise in Covid-19 cases and a feeble rupee supported the sentiments.

As fears of global recession remain, gold will continue with its broad bullish outlook.

On the price front, if the situation remains unchanged spot gold prices can climb higher towards $1,780 an ounce initially followed by $2,000 or more. In the domestic market, Rs 50,000 per ten grams can be easily achievable but consistency above the same would target Rs 62,000 or upwards.

Meanwhile, according to Georgette Boele, precious-metal strategist at ABN AMRO, gold prices could be ending the year at $1,700 an ounce as central banks and governments continue to throw trillions of dollars into the global economy that has ground to a halt because of the virus outbreak.