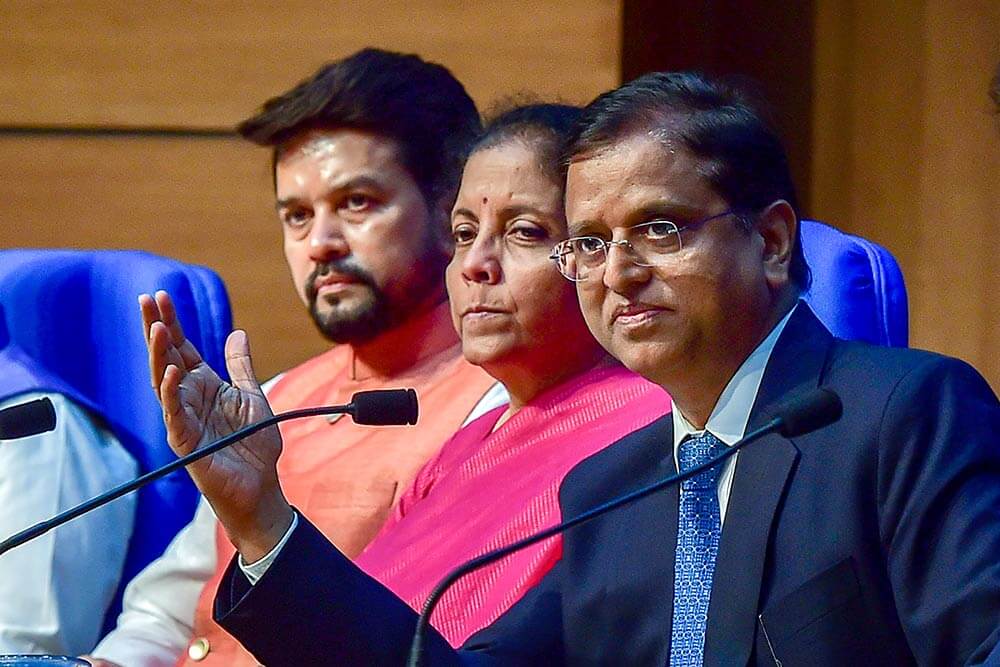 Former finance secretary Subhash Chandra Garg on Tuesday said the Indian economy will contract by 10 per cent or Rs 20 lakh crore in the ongoing fiscal, the first decline in over four decade, due to a “faulty” COVID-19 lockdown.

Garg also said that the Centre’s Rs 21 lakh crore stimulus package is actually of only Rs 1.4-1.5 lakh crore or about 0.7 per cent of the country’s GDP or gross domestic product.

In a blogpost, Garg wrote that it also seems fairly certain that this would be a very large contraction of about 10 per cent of GDP or loss of about Rs 20 lakh crore of income.

He added that the shutdown was imposed under a naive belief that the country would be able to eliminate coronavirus in three weeks’ time.

“India decided to use the brahmastra – total economic and human lockdown – on the entire country when only a tiny part was infected,” Garg argued.

In an effort to contain the spread of the novel coronavirus, Prime Minister Narendra Modi first announced the nationwide lockdown on March 24 for 21 days. The lockdown was then extended till May 3 and once again till May 17. Then again it was further extended till May 31 and now has been extended in containment zones or areas reporting a high number of cases till June 30.

But, infections continue to rise, with India recording nearly 200,000 cases so far, and several record single-day jumps in the past week.

As India gradually unlocks its economy after a shutdown that lasted over two months, the future appears uncertain for millions of retailers, small firms and factories.

According to India’s retail association, sales of non-essential items – such as clothes, electronics, furniture – slumped by 80 per cent in May, while sales of essential goods – such as groceries and medicines –fell by 40 per cent.

Low demand, sliding exports, labour shortages and new rules of operation requiring social distancing and other safety measures to curb the spread of the virus are hurting businesses.

With the Centre yet to announce uniform processes for enterprises that are reopening, sales are likely to slip further down, even as malls and other commercial markets are scheduled to reopen from June 8.

While speaking to Congress leader Rahul Gandhi in a recent interview, Rajiv Bajaj, managing director of Bajaj Auto, said there isn’t enough clarity from the government, adding that  he is not seeing that “smooth, concerted, rhythmic movement towards unlocking.”

He said that it is a herculean task to open up the economy and called for taking fear out of people’s minds through a “very clear, aligned narrative” from none other than PM Modi.

Bajaj, who is a vociferous critic of the lockdown, said  that India made a mistake by looking at the western world while preparing its response to the Covid-19 pandemic – in this case a lockdown.

He stated that there are many countries in the East which have fared better and India could have taken a cue from them.

Bajaj said that the wrong curve was flattened. It is not the (coronavirus) infection curve, it is the GDP curve. “This is what we have ended (up) with, the worst of both worlds,”