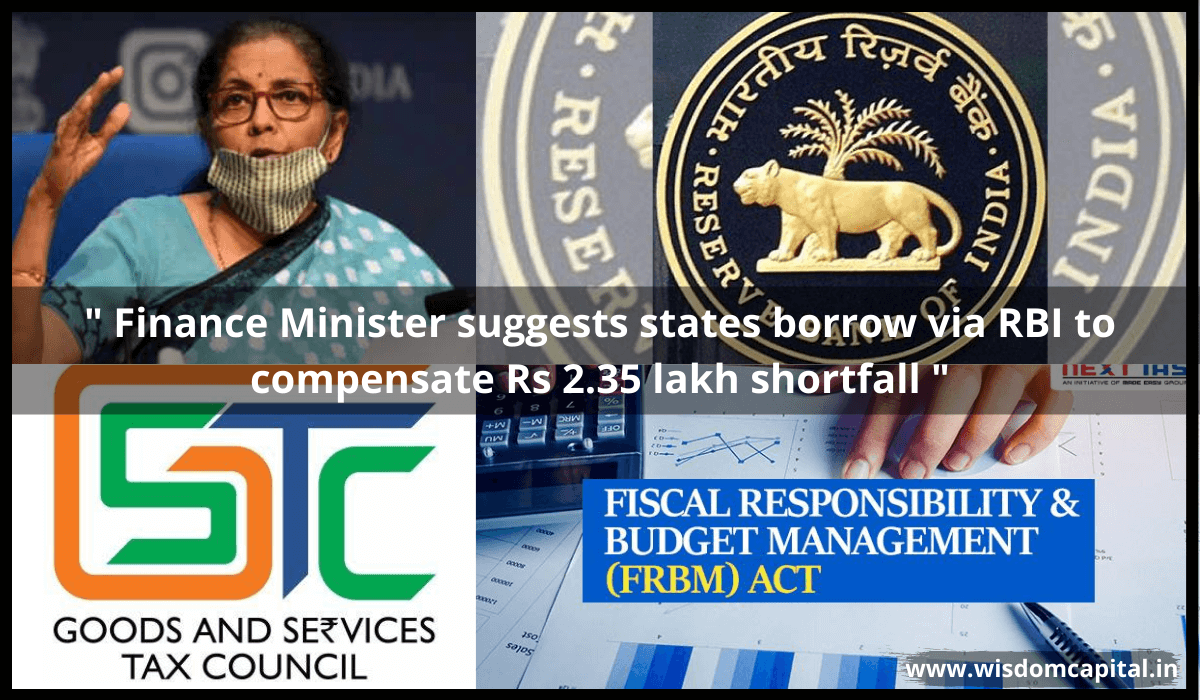 During 41st Goods and Services Tax Council meeting held on Thursday, Finance Minister Nirmala Sitharaman referred the Covid-19 pandemic as ‘act of god’ which will further contract the economy in the current fiscal year. States have been given options of borrowing through the centre.

State finance ministers later informed that there was a lack of clarity regarding the proposals at the end of the five-hour meeting. The ministers also termed the step to make a distinction between the revenue shortfall as ‘unconstitutional’. During the meeting, the first option presented to the states includes a special window in consultation with RBI. This is in lieu of the projected GST shortfall of Rs 97,000 crore and this amount can be repaid for the compensation cess fund after five years of GST implementation ending 2022.

The ministry also suggested borrowing of the projected shortfall of Rs 2.35 lakh crore through a special borrowing window facilitated by RBI. On this Kerala Finance Minister Thomas Isaac told a news daily, “They are enforcing a cut in compensation and bringing in an unconstitutional distinction. There were serious differences of opinion, I challenged the distinctions. I am willing to consider borrowing by states but full compensation must be paid.”

Another state finance minister said that all states wanted the Centre to borrow, except Assam and Goa. BJP-ruled states put in mildly, other states put it vociferously. Then, the centre came with this proposition where states have to make the sacrifice which is not acceptable. On the other hand, Punjab Finance Minister Manpreet Singh added that borrowing would signify mortgaging of the future to live for the present.

But there were several other viewpoints in favour of the suggestion. Bihar Deputy Chief Minister and BJP leader, Sushil Kumar Modi said, ” Both the proposals are welcome. States will not be burdened as interest and principal will be paid from the cess fund. States wanted that borrowing by the centre would be better, but now even if states have to borrow, there will be no burden on the exchequer.”

Sitharaman also said that Rs 97,000 crore option comes with an additional incentive of 0.5 per cent with relaxation in FRBM states in the current fiscal.