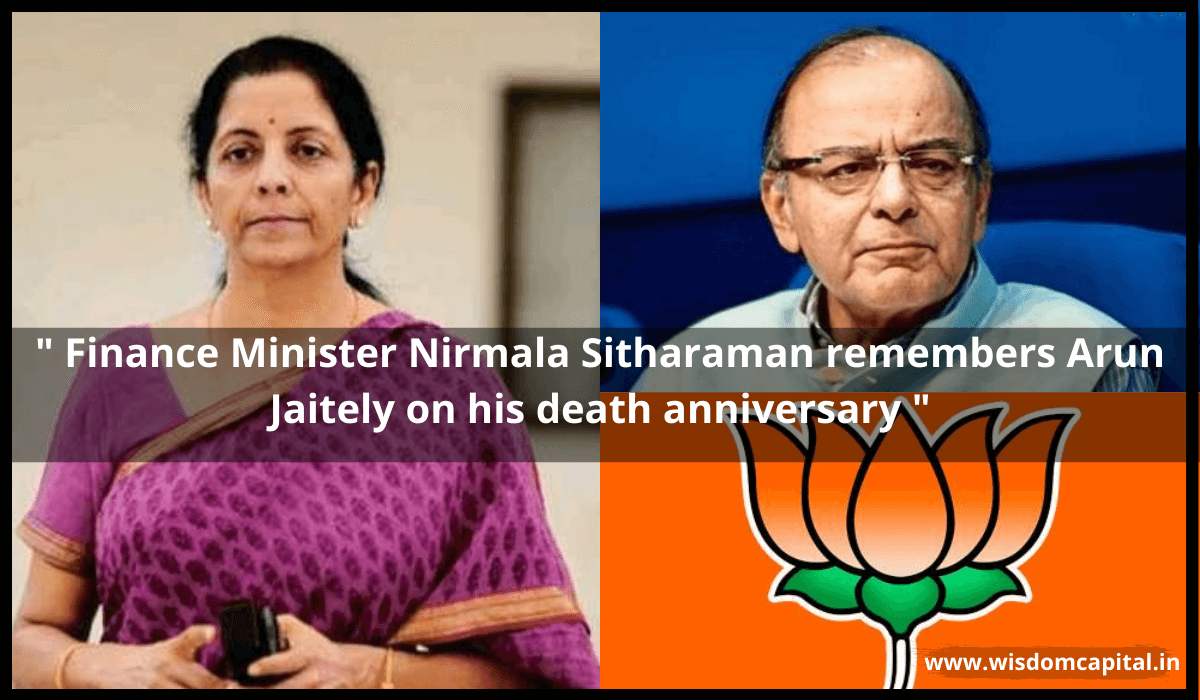 On senior BJP leader Arun Jaitely’s first death anniversary, today the Finance Ministry posted a series of tweets remembering his contribution towards the successful implementation of the Goods and Services Tax.

The Finance Ministry tweeted, “As we remember Arun Jaitley today, let us acknowledge the key role he played in the implementation of GST, which will go down in history as one of the most fundamental landmark reforms in Indian taxation.”

Sitharaman said that according to the great leader, the GST Council was “The first experiment with the federal institution”. The Finance Minister also highlighted the benefits of the GST regime and how it has made the tax structure less complex.

The official account of Ministry tweeted, “GST reduced tax rates, doubled taxpayer base to 1.24 cr.” GST has reduced the rate at which people have to pay tax. From 230 items in the 28 per cent slab, around 200 items have been shifted to lower slabs, the Ministry said. The revenue neutral rate as per the RNR (Revenue Neutral Rate) Committee was 15.3 per cent. In comparison to the current weighted GST rate, as per the RBI, is only 11.6 per cent, the Ministry said.

As per Ministry’s information, till now, 50 crore returns have been filed online and 131 crore e-way bills generated. The number of assessees covered by the GST at the time of its launch were about 65 lakh. At present, the assessee base exceeds 1.24 crore.