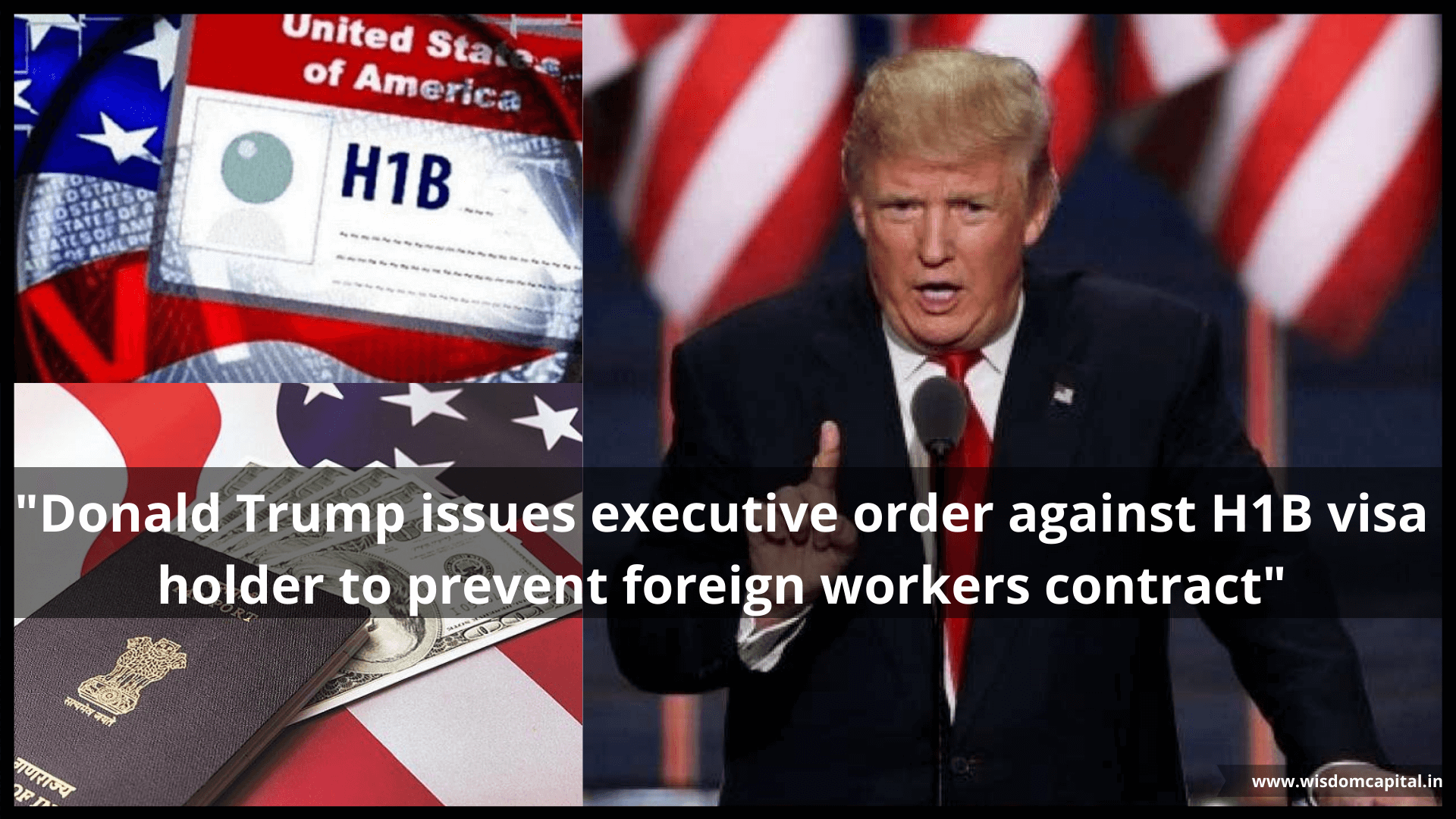 President of the United States, Donald Trump issued an executive order asking the federal agencies of the country to hire just Americans for contracts to curb the movement of foreign workers in the country.

H1-B visa is considered to be the most sought after visa for immigrants, especially for Indian IT professionals. As a non-immigrant visa, it allows US companies to employ foreign workers in specific occupations with technical expertise. Every year technology companies in the US hire thousands of employees from countries like India and China.

During a press conference, Trump told the reporters, “Today I am signing an executive order to ensure that the federal government lives by a very simple rule, hire Americans.” In the pursuit to engage more Americans, Trump also informed that his administration won’t compromise on hardworking Americans just for cheap foreign labour.

In a room full of people campaigning against job outsourcing, Trump said, “As we speak, we’are finalising the H-1B regulation so that no American workers are replaced ever again. H-1B should be used for top highly paid talent to create American jobs, not as inexpensive labour programmes.

While the H1-B visa has an annual cap of 65,000 visas each year, first 20,000 petitions filed by people with US master’s degree or higher are exempted from the cap. Department of Labour will also finalise the guidelines to prevent H-1B employers from hiring H-1B workers.

This order follows federally owned Tennessee Valley Authority’s (TVA) announcement on outsourcing 20 per cent of its technology jobs to foreign-based companies. This will cause more than 200 tech workers to lose their jobs to low-wage, foreign workers hired on temporary visas, said Trump.

The White House in a statement said outsourcing hundreds of workers during a pandemic which has already cost a million Americans their jobs, is detrimental to the country. Trump also added that he favours a merit-based immigration system that brings in highly skilled people that generate more jobs in the country rather taking away the jobs of Americans. The statement from the White House also said that given the current climate of intellectual property theft, outsourcing IT jobs that involve sensitive information could pose a national security risk.

Trump also announced discussion on an immigration bill which covers a recent executive order. He said,” It will be a very very comprehensive bill.”

He also informed that the bill will be signed post the Republican Part event organised later this month. During this event, Trump’s name will be officially announced as the Presidential candidate for the upcoming national elections. Joe Biden from Democratic Party will compete with Trump in the upcoming November elections.